Previously, on MinerBumping... aiva naali aka FighterJets GuitarSolo 1000Years was determined to boost the overall efficiency of the Imperium. After all, the coalition would need to be at its very best to pull off Operation Devil's Night. Then came the news aiva had been waiting for: Sort Dragon had agreed to the plan. 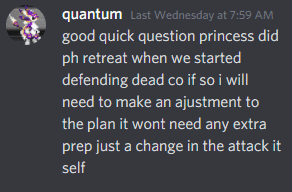 Upon receiving word that Sort Dragon was in, aiva's mind went to work. He checked and double-checked every aspect of the plan. 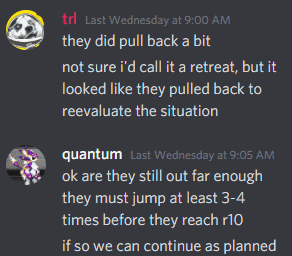 If things went as aiva hoped, Pandemic Horde was in for a big surprise. 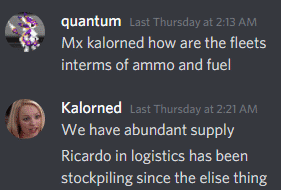 But aiva had seen many, many of his plans called off at the last minute. What could potentially go wrong this time? Well, maybe the Imperium could run out of fuel. 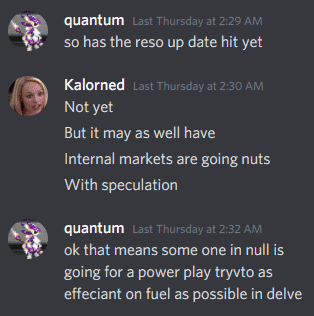 aiva could just picture it happening: His victorious Imperium armies forced to grind to a halt in the middle of Pandemic Horde territory, denied a decisive victory due to a lack of fuel.

aiva's nightmare seemed to be becoming a reality when he heard rumors about funny things going on in the fuel markets. 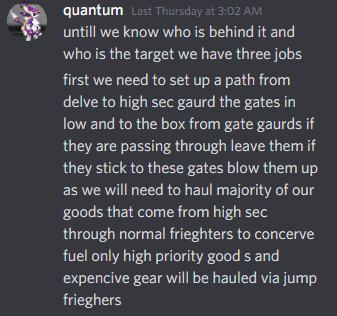 Some nullsec leaders strive for self-sufficiency; they aspire to build an empire that isn't reliant on Jita. Perhaps because of all the time he spent in highsec, aiva didn't see things that way. If anything, he wanted the Imperium to become more dependent on the highsec markets. But he also wanted his armies to keep highsec trade routes secure. 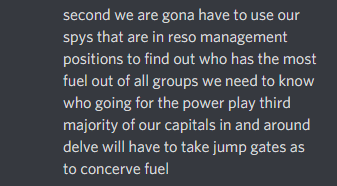 The more he thought about it, the more convinced aiva became that his anti-PH strike force was going to run out of fuel. His fear was based on intuition, but he couldn't shake it.

Fuel conservation was now the Imperium's top priority. Even the elite supper carroir pilots would need to obey the new rules. 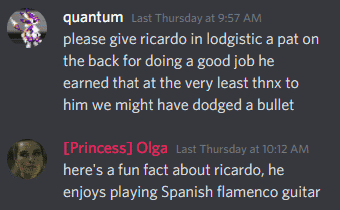 In hindsight, Ricardo in Logistics had probably saved Operation Devil's Night. His foresight may have altered the course of nullsec history. Thanks to Ricardo, aiva could actually sleep at night. 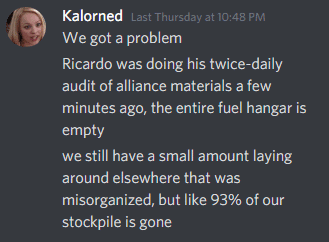 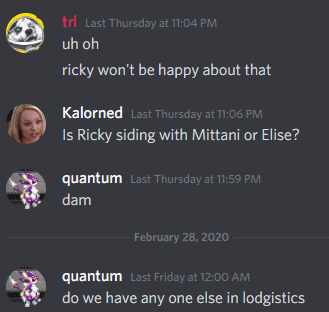 Once again, aiva's intuition had been right on. 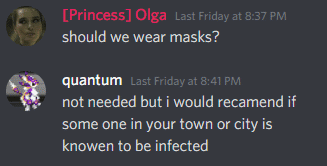 But Pandemic Horde wasn't the only pandemic to worry about. With so much misinformation swirling around, aiva's council knew there was only one man who had all the answers.