Previously, on MinerBumping... The mind of VictorStark Stark was filled with dreams and schemes. But his mission to infiltrate and betray the mighty CODE. alliance hit a speed bump when he refused to biomass his character. This created a rift between VictorStark and the Agents who took custody of his assets. 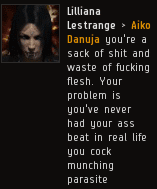 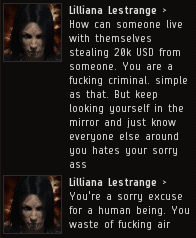 Since their previous meeting, VictorStark had been conducting research on Aiko and the rest of the Agents who had tested him. VictorStark submerged himself in a dark pit of rumors and gossip. When he emerged, he was convinced that Aiko was the source of his ills--and a thief who had stolen $20,000 in cash from another EVE player. 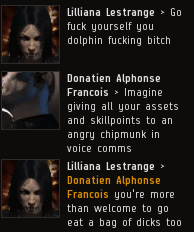 Aiko wasn't the only Agent in the system. Donatien Alphonse Francois and other close associates of Aiko were also present. They couldn't stand to see Aiko get slandered in local chat. 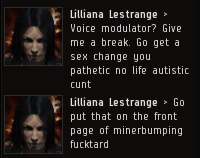 VictorStark refused to back down. In fact, he held a grudge against every Agent to whom he had transferred assets. 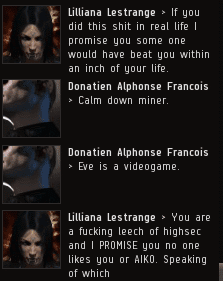 The Agents were amazed by the change in VictorStark's attitude. He was finally showing them his true self. 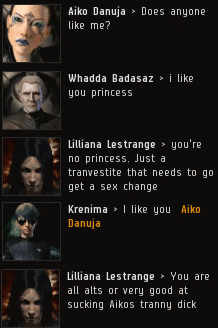 In fact, VictorStark's behavior in local confirmed the wisdom of the Agents' decision not to welcome him with open arms into the New Order family. 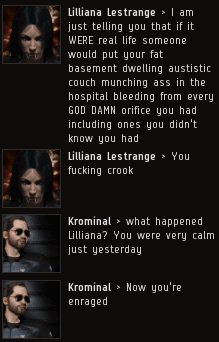 VictorStark had been tested. He failed. 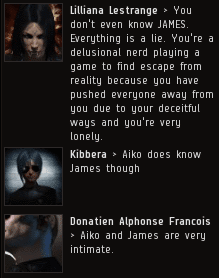 Though VictorStark had given assets to several different Agents, he reserved his most intense hatred for Aiko Danuja. He scoured highsec in search of anyone who could tell him stories about her. He was convinced that Aiko had deceived many highsec miners just like himself. 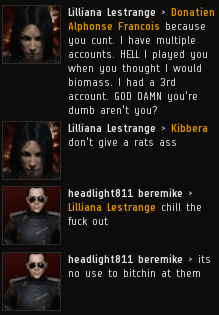 As time went on, VictorStark's outburst drew the attention of highsec carebears and other random passersby traveling through the system. 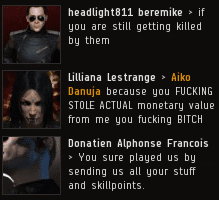 There was no basis for VictorStark's comment--unless he was planning to RMT all of his stuff. 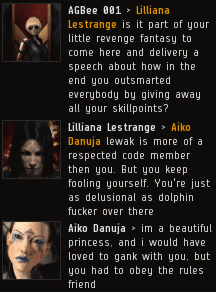 VictorStark had taken off his mask and shown Aiko the ugliness beneath. She was disappointed in him. 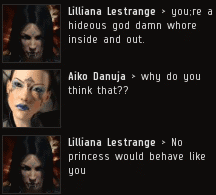 The man who had aspired to become the Darth Vader and Kylo Ren of CODE. turned out to be a mean-spirited Jar Jar Binks. Was there any chance that he could still come to his senses and buy a mining permit?