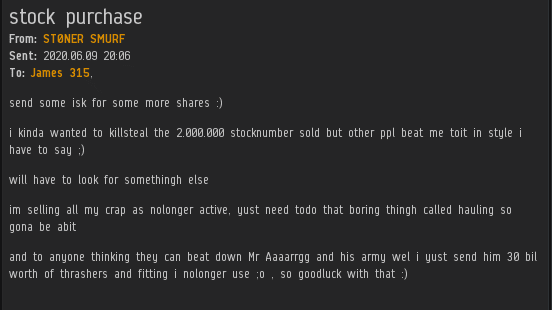 In our last shareholder update, we put out the call for attribution of a certain piece of artwork that was presumed to have been created by Agent Donatien Alphonse Francois. Donatien wrote in and gave proper credit to the true creator of that piece, TheInternet TweepsOnline TheInternet. However, Donatien also contributed an additional piece of artwork with a similar theme; it was used in his campaign against Silent Company: 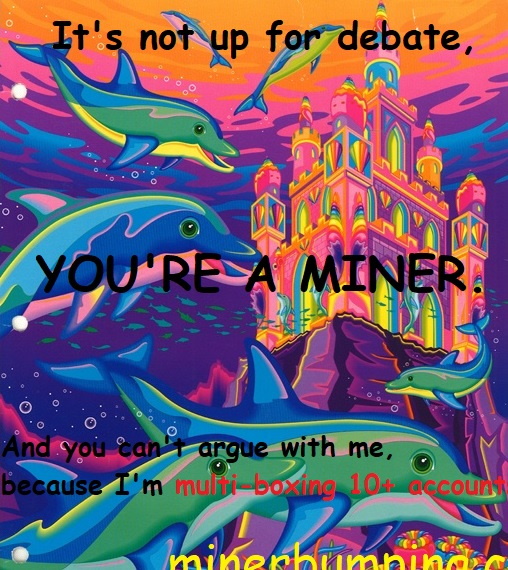 Good art can sometimes silence an unruly miner. It can also trigger them, though. When the above-pictured art inspired complaints about multiboxing, Donatien referred the miners to this: 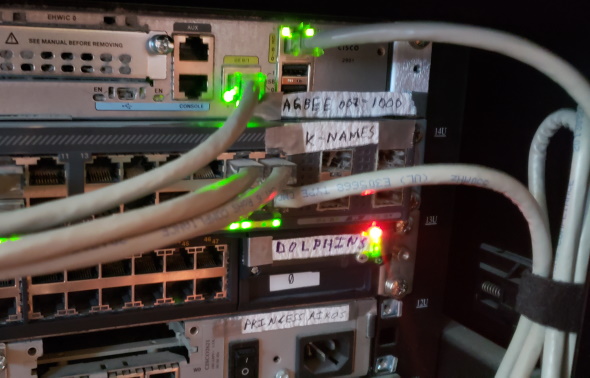 Hopefully that cleared things up.

Nikolas Super, a member of Silent Company, lost his ship and then lost his temper.

It's probably safe to say that this miner did not see fit to wash his hands.

Miners, repeatedly using the word "freak" is not an argument. And it will not get you a mining permit. You're gonna need 10 million isk for that.

...Unless you get yourself Red Penned. To be safe, set aside 30 million isk before you even think about mining in highsec.
Posted by MinerBumping at 18:03