The Legend of Katsu Hinken, Part 3

Previously, on MinerBumping... Agent Tisiphone Dira offered mining permits for sale in Hek local, interrupting Katsu Hinken's questions about how to build ships. This sparked a feud between the two. Katsu was very upset, but eventually Tisiphone persuaded him to help gank a miner in a Hek asteroid belt. Then, at the critical moment, Katsu betrayed his gracious host.

Katsu's gank Maller opened fire on Tisiphone's scout alt, rather than the miner. Tisiphone couldn't believe the treachery. Katsu relished the prospect of getting revenge on the person who'd interrupted him in local.

Tisiphone's alt's shields melted in the face of the onslaught. Remember, Katsu's Maller dealt 14,900 damage per second. Tisiphone knew the math was against her. Only by absolute faith in the Code was she able to keep her resolve. 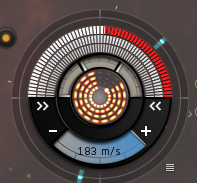 Incredibly, Katsu only got her down to half shields before CONCORD stepped in. Tisiphone's faith in the Code was rewarded with yet another victory.

Our Agent scolded the rebellious carebear for his lies and deception. Katsu had been given the perfect opportunity to gank a miner, but he'd thrown it all away in favor of a senseless defeat. What a pity.

There was no more point in keeping up the façade. Katsu removed his mask and delivered a tirade against the Code. He was so caught up in the moment that he temporarily forgot that he'd just been defeated.

The logical thing would've been for Katsu to say "gf, I'll obey the Code now." Instead, Katsu made excuse after excuse.

Katsu sputtered nonsense about the tables being turned, or playing the hand you're dealt, or something like that.

Out of steam and out of Mallers, Katsu saw no more point in the convo. Tisiphone extended the hand of friendship again and instructed Katsu in the ways of the Code.

Katsu turned out to be a sore loser. Who would have guessed? There's so little sportsmanship among the carebears of highsec.

Tisiphone's victory in Hek was a decisive one. Our Agents' right to use local as a place to sell mining permits was upheld. Katsu's own ideology, fueled by conspiracy theories, rage, and poorly calculated DPS, was tested and proven bankrupt. Should CCP commemorate this battle by placing a monument to Tisiphone Dira in Hek? Yeah, they probably should.
Posted by MinerBumping at 19:03