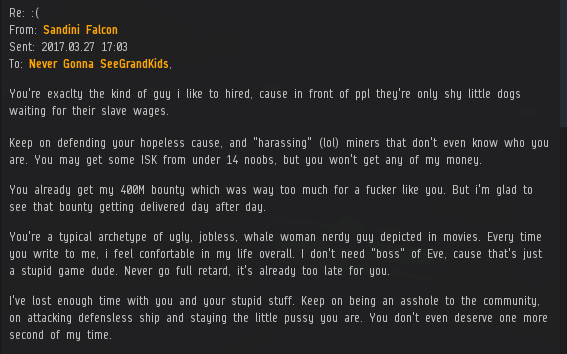 An EVEmail like this can only mean one thing: Time for another edition of the Highsec Miner Grab Bag!

Of course, it wouldn't be a proper edition of the Highsec Miner Grab Bag without a little Russian greatness sprinkled in. 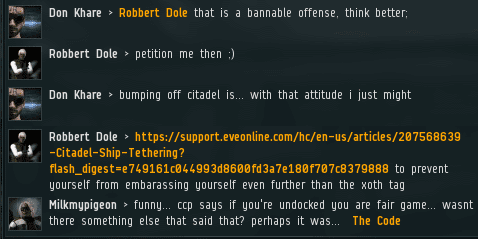 The light of the Code emanates from highsec, but its lessons and principles are important to EVE players living in every section of the galaxy. 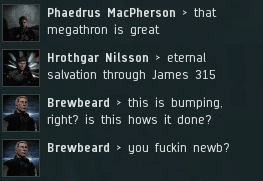 Agent Hrothgar Nilsson presented his Megathron to the public. When he praised the Saviour of Highsec, it infuriated Brewbeard so much that he began bumping the ship. 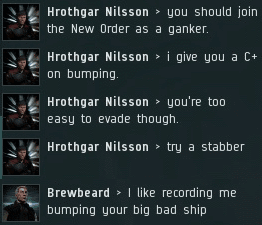 Whenever an Agent can inspire a miner to stop mining for a while and do something else, it's a tremendous victory for the Code. 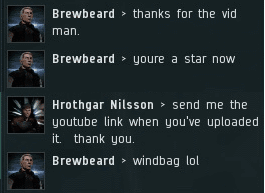 Even so, a Goofus on a temporary break from mining is still just a Goofus.

A major emergency occurred when a highsec asteroid belt went into a state of rebellion. Luckily, their resistance didn't last long.

Exotic Specimen Virginia Lynn created a stir when she began sending strange EVEmails to every Agent she could find. She didn't like it when our Agents told her that they don't own any cats. 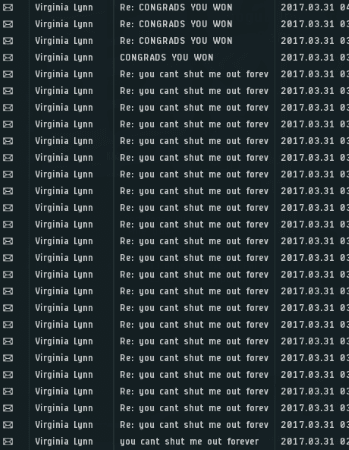 For a new player, Lilly Cookie was quick to judge.

Agent Fate and Destiny was righteously indignant upon discovering the newbie had been so badly misinformed. Who was responsible?

If you're willing to quit EVE because you lost some Retrievers, you probably had little to add to our community anyway. Newbies like this grow up to be carebear advocates and nerf-beggars.

Arekahn Apple's decision to leave the game was less emotional and more data-driven. A request for clarification resulted in this follow-up EVEmail: 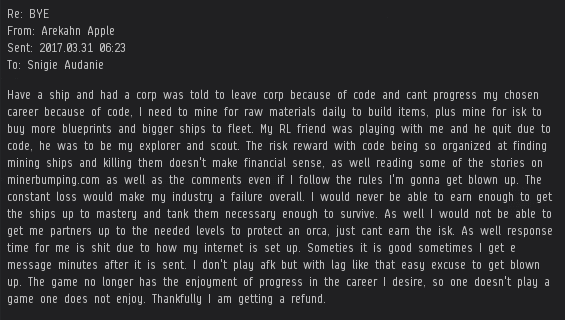