Last week ended with April Fools' Day. People have a lot of fun with April Fools' Day, and there's nothing wrong with that, but in our merrymaking let us not forget that there's a serious issue out there--the issue of fools and foolishness. For a bot-aspirant carebear, every day is a fool's day. They can't help it. Not until they embrace the Code, that is. Then they can have normal days like the rest of us. With that in mind, take a look at these kills from the week of March 26th @ 00:00 EVEtime through April 1st @ 23:59 EVEtime. 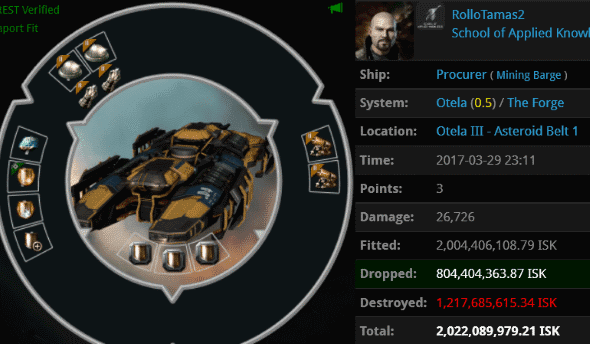 KILLMAIL
RolloTamas2 decided to do some unlicensed mining in the Otela system, which is never a good idea. He tanked his Procurer (a little), but soon found himself on the receiving end of Coercers piloted by Agents Hulk Poddington, Skiff Poddington, Lawrence Lawton, Mack Poddington, and James Poddington.

There's a reason why Harvester Mining Drones are illegal. Carebears, the Code is there for your own good. 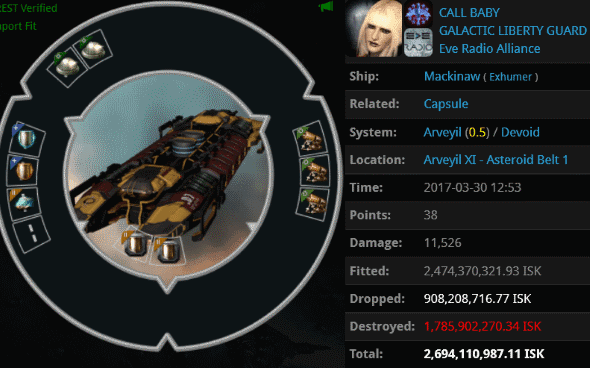 KILLMAIL
CALL BABY managed to lose an even more expensive mining ship: A 2.7 billion isk Mackinaw. She was using ORE Strip Miners--another illegal module--which led to her being punished by Agent Mr Morimoto. And 1.5 billion isk of the value of this killmail came from the trio of 'Aoede' Mining Laser Upgrades. Decadent mining equipment is dangerous. 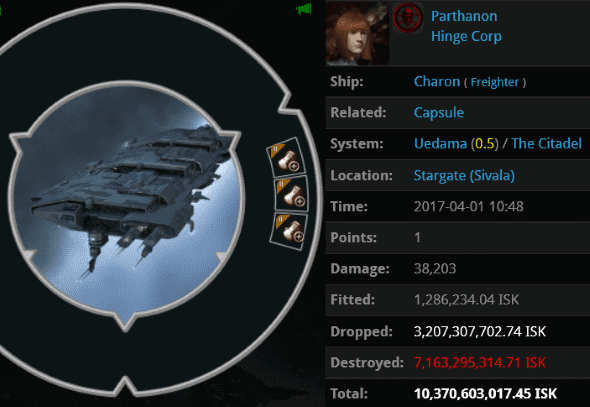 KILLMAIL
We see a lot of specialized fleets destroying freighters these days, with Taloses, stealth bombers, and the like. Sometimes it's nice to see a good old-fashioned Catalyst gang do the job. Parthanon probably didn't appreciate it, though. His 10.3 billion isk freighter was anti-tanked enough to be taken down by Agents Salah ad-Din al-Jawahiri, Trump The King, Shazna Solta, Pure Whyte, Sophie Whyte, Another ShadeOf Whyte, Tawny Rozei, Ruby Rozei, Christine Rozei, Sherri Rozei, Sex K1tten, and Harletta Quinn.

There aren't many items in the game more decadent than Harvester Mining Drones, but 'Excavator' Mining Drones are truly nasty. 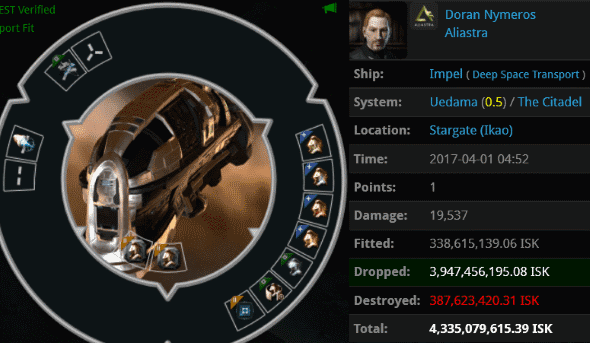 KILLMAIL
Take a look at the armor tank sported by Doran Nymeros's Impel. That's plenty to chew through. But on the other hand, Doran jumped into Uedama. Taking a hauler into the Uedama system these days is basically like self-destructing your ship. Who loads up a 4.3 billion isk hauler and self-destructs it? A Goofus, that's who. 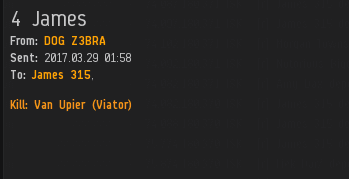 When one of our Agents scores a particularly impressive kill, sometimes they'll EVEmail me a link to make sure I see it. That was certainly the case here: 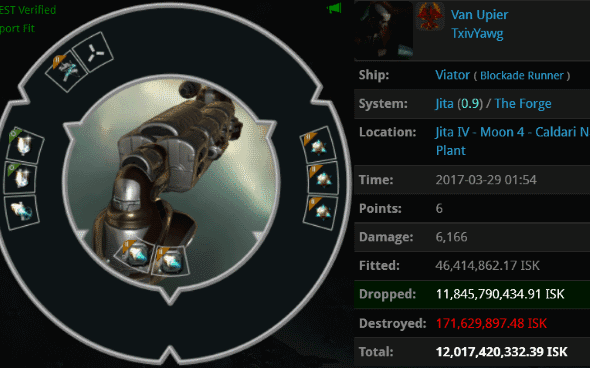 Insert your own joke about Van Upier's lack of skill. 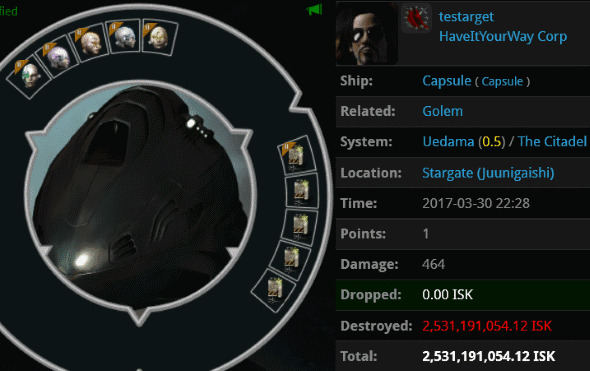 KILLMAIL
Another victim of Uedama Syndrome, testarget went on autopilot and lost a Golem. His pod was liberated, only to be snagged by Agents Hagen Fizzleblade and Joshua Kusion. 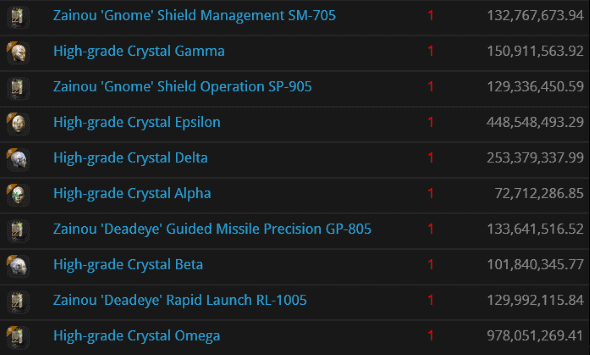 Two and a half billion isk in implants, gone forever. So much for all that grinding. When you think about it, people like testarget waste a lot of time. If you want to build something that lasts, that actually means something, begin with a proper, Code-compliant foundation.
Posted by MinerBumping at 19:14