Previously, on MinerBumping... When Avengers Of Death corp anchored an unlicensed engineering complex in New Order territory, Agent Arden Elenduil carried out an investigation of the corporation. He was appalled by the level of bot-aspirancy he witnessed. Arden demanded that CEO Legend Bramotieen pay him 500 million isk. In response, Legend and his lackey, Strife DarkStar, launched a cowardly attack against Arden--only to be defeated by the Code.

Legend and Strife lost 200 million isk worth of ships during their failed attack, and Arden's spy alt liberated 300 million isk more. Arden had therefore already extracted 500 million isk from the corp. But to get credit, a carebear must hand over his isk voluntarily. 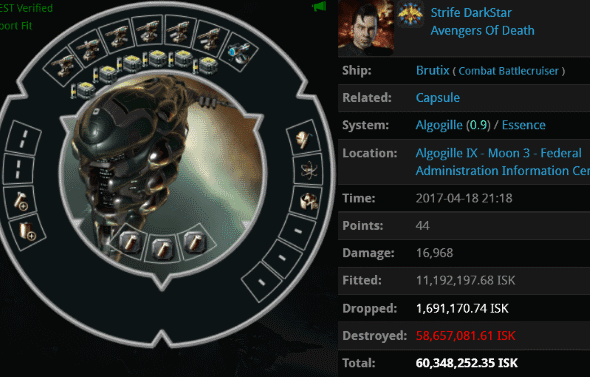 Avengers of Death attracted the attention of other highsec wardeccers. This gave Arden a golden opportunity to review the Avengers' killboard and gain additional intel. For example, Strife's Brutix was killed by a member of I Know Right alliance. Arden was able to study the fit to find vulnerabilities. 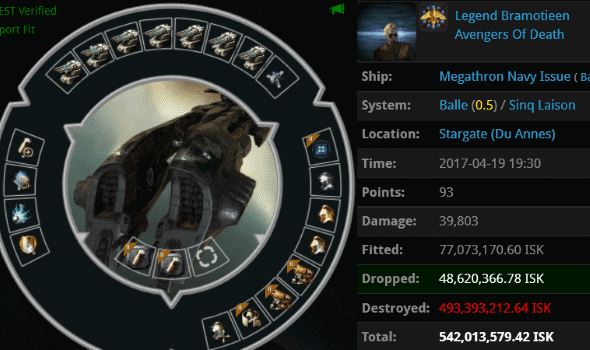 During Arden's conversation with Legend--the one punctuated by the Legend's treachery--the carebear had whined about being an impoverished newbie. The killboards told a different story. Legend lost not one but two Navy Megathrons to the other wardeccers. The penniless "newbro" was burning money at an impressive rate.

Arden's wardec went live, and he sent to work hunting down the Code violators. By now, they were beginning to fly cheaper ships.

Still, Arden knew Legend was lying when he said he didn't have 500 million isk to pay. All this time, Arden's spy alt was keeping a close watch on the corporation.

As usual, the clueless carebear CEO held himself out as an expert who knew all about the game. As he tried to impress the new players in his corp with his knowledge, he gave them all terrible advice.

And Legend didn't mind losing isk; apparently he had a PLEX habit. Of course, the CEO didn't give a single thought to his fellow corp members, who were being incinerated by wardeccers.

Recent Avengers recruit Friar Johnson asked the wise Legend Bramotieen what he thought about Vindicators. Legend loved to lose Navy Megas, so seeing the ship info for a Vindicator made him salivate.

Within minutes, Legend suddenly found isk to splurge on a Vindicator.

Naturally, Legend saw no reason not to throw away some money on Skill Injectors, too. This was the man who refused to pay 500 million isk to protect his newbie corpmates.

In fact, the whole Vindicator affair was a setup. Friar Johnson was in reality none other than Agent Arden in disguise. He'd tempted Legend in order to gauge the true extent of the carebear's bot-aspirancy. And now for the ultimate test: 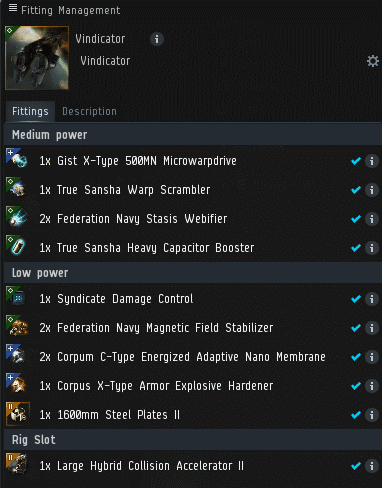 Arden's spy and another alt offered Legend a link to a special fit for the Vindicator--a blingy, decadent fit. Legend couldn't resist. Practically drooling, he purchased all of the modules on the list. The fit had a fatal flaw, though: the total absence of any weapons. No matter. Legend eventually noticed this innocent mistake, so he purchased some guns for the Vindicator.


Legend Bramotieen > Friar you betrayed us

Arden's alts somehow managed to convince Legend to lend them the newly-built bling boat. Legend then realized that he'd been had. Arden gained over a billion isk from this ruse, but his spy was burned. Retribution was coming.

To be continued...
Posted by MinerBumping at 17:04