The Brilliant Career of an Anti-Ganker 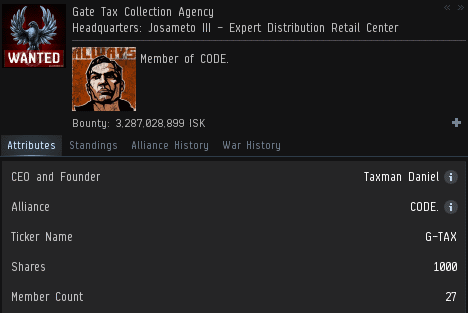 In a relatively short period of time, the Gate Tax Collection Agency has become one of the most feared corporations in all of EVE.

Indeed, the mere presence of the Gate Tax Collection Agency in a system can be enough to send carebears into a blind rage.

Marko Isovara noticed several members of the Agency in local. He'd always held a grudge against gankers, and he decided it was finally time to do something about it. Marko vowed to himself to become an Anti-Ganker.

Agent Australian Excellence crisply reminded Marko of his obligation to remain calm. But that wasn't in Marko's game plan.

Marko was ready to prove himself as an Anti-Ganker. He jeered at our Agents in local chat, hoping to induce them to undock. A helpful passerby corrected Marko's spelling--one of the benefits of having a meltdown in a public channel.

The rebel steadily worked himself into a rage. More and more he resembled the Anti-Ganker he aspired to become.

At last, the moment arrived! Marko watched as a stream of gankers from the Gate Tax Collection Agency glided onto the grid. Now it was Marko's chance to put them all in their place. 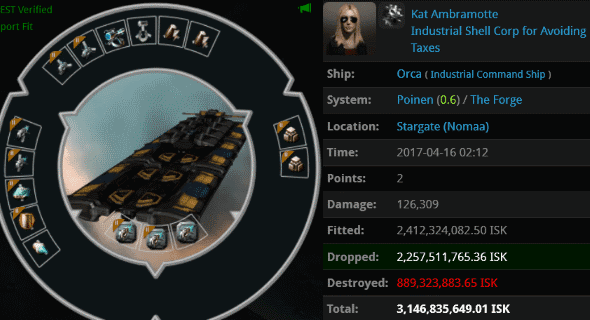 The Agency dispatched a dozen gankers, including 10 Tornadoes. Their firepower was more than enough to destroy their target, a double-bulkheaded Orca worth 3.1 billion isk.

A tremendous explosion rocked the grid. Over 2 billion isk in loot was recovered by our Agents, who offered a "gf" in local. Marko was in a daze. It all had happened so quickly that he'd barely gotten a chance to react. The Anti-Ganker was useless.

Marko made another fateful decision: He was bored of being an Anti-Ganker. The time had come for him to retire from the profession. And so ended the career of Marko Isovara, one of Anti-Ganking's finest.
Posted by MinerBumping at 17:08