Fated to Meet in Verge Vendor

Endurance: The Agents of the New Order keep on going, even when the naysayers tell us we can't make a difference. 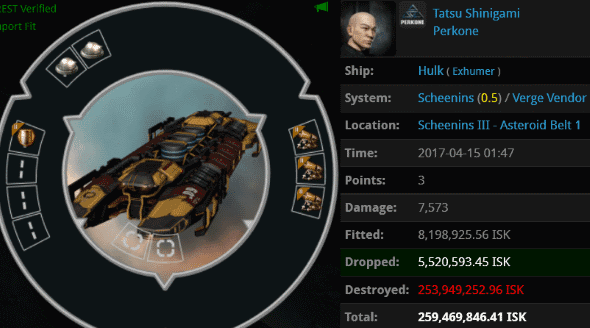 By contrast, miners get tired and give up after equipping one shield mod.

When a highsec carebear is at his most exhausted and world-weary, that's when our Agents show up and encourage them. 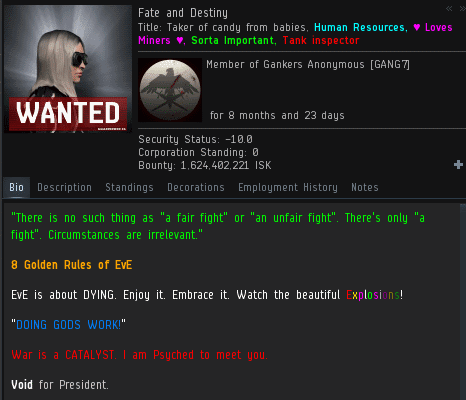 Agent Fate and Destiny found herself in an asteroid belt in the exotic Verge Vendor region at the very same moment Tatsu Shinigami was losing interest in EVE. Tatsu was in a Hulk, Fate was in a Catalyst. Some would call this coincidence. It was anything but. Fate's gank was exactly what Tatsu needed.

But Tatsu didn't reciprocate Agent Fate's kindness. In fact, he was still in a bad mood. The rebels and skeptics would blame our Agent for this, but it was no doubt a pre-existing condition.

Fate never leaves a job half-finished. She resolved then and there to win the miner over.

Tatsu claimed that ganking "has been proven by the REAL pvp'ers to be distastful [sic]". Citation desperately needed. 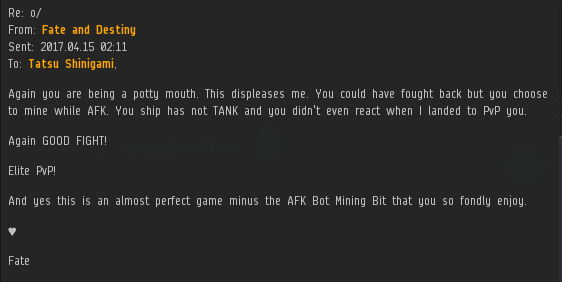 Fate sought common ground with Tatsu. They both wanted to bring EVE closer to perfection, but they disagreed on the method. This kind of dispute is easier to resolve than you might think: As an Agent of the New Order, Fate outranked Tatsu. Simple as that.

These days, carebears have really latched onto the whole "newbro" narrative. Somehow, Tatsu managed to make his AFK Hulk mining mistake into a thing about protecting new players.

In fact, ganking Hulks is one of the best ways to improve the condition of new players. When newbies see someone's Hulk get blown up, it makes them less likely to want to train toward a Hulk.

Agent Fate sensed that she was making progress with Tatsu. At any moment, the miner might buy a permit--or at least apologize for his bad behavior.

Tatsu did indeed apologize, but it was one of those insincere, politician-style apologies. Nevertheless, the odds of Tatsu buying a permit increased. The number of ganks it will take to bring him into compliance decreased by one. And that, my friends, is a victory we can all be proud of.
Posted by MinerBumping at 16:05