One of the hallmarks of the New Order: Sanity. It's amazing just how sane, reasonable, and rational the New Order is. The source of our extraordinary sanity is the Code, which keeps everything in the New Order organized and logical--that is to say, in order. In contrast to our sanity is the madness of the bot-aspirant carebears. They repeatedly make the same mistakes, only to be shocked and angry when they get ganked again. For example, from the week of May 14th @ 00:00 EVEtime through May 20th @ 23:59 EVEtime...

Sometimes Agents EVEmail me about an unusual kill they scored that week. This one certainly got my attention. 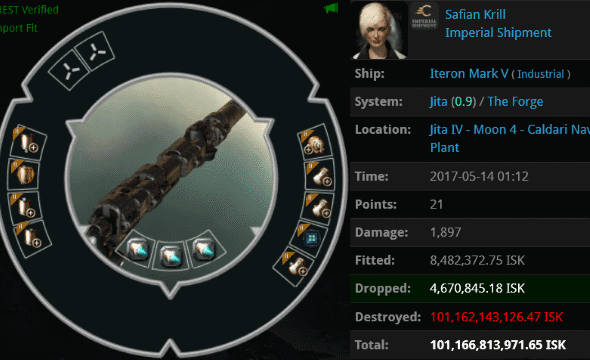 KILLMAIL
No, this isn't a fake killmail. Safian Krill actually lost a hauler worth just over 100 billion isk. Agent Myfluga blapped it while it was sitting on the Jita undock.

The cargo was a set of 149 Skill Injectors, none of which dropped (perhaps due to an anti-RMT measure being triggered). Safian explained that he was quitting the game and didn't want to be tempted into returning, so he extracted all of his skillpoints. (This is the only way to truly annihilate your character in EVE; even biomassing can be reversed via petition.) Safian begged in Jita local for someone to gank him. This went on for some time, but no one had the courage to do the deed. Not until Agent Myfluga arrived, that is. Our Agents are always willing to help EVE players find happiness in some other game, if that's what's best. 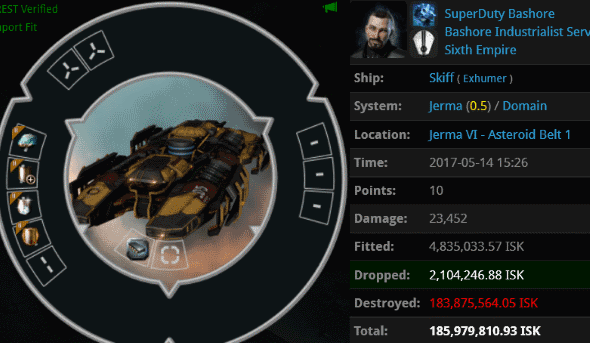 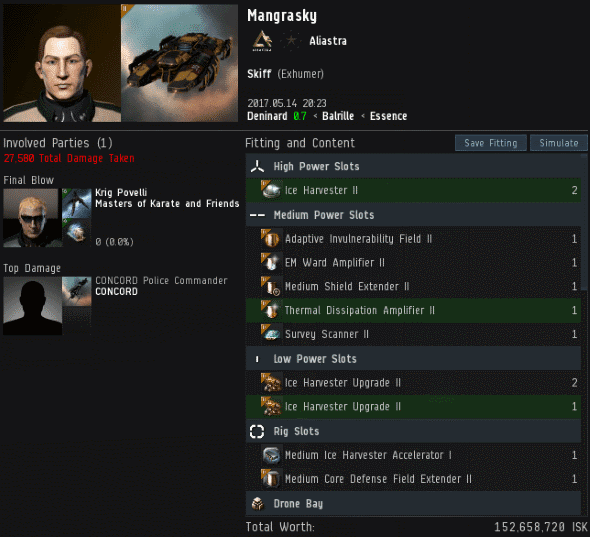 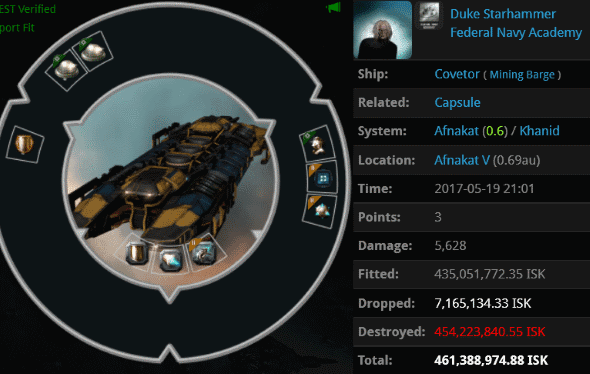 KILLMAIL
On occasion, a rebel will concern troll in the comments about Kills of the Week posts focusing too much on hauler kills instead of miner kills. Well, the miners will get plenty of time in the spotlight this week, thanks to an uptick in the number of ORE Strip Miner users we've been catching. Duke Starhammer blinged up a Covetor and got what was coming to him, thanks to Agents Jack Van Impe and Brynn Disher. 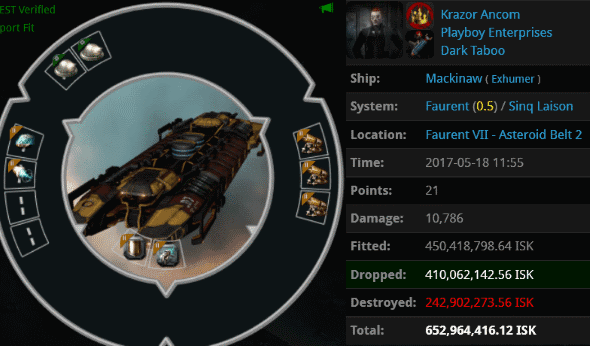 KILLMAIL
Krazor Ancom helped us scratch another pair of ORE Strip Miners off our list. Agent Bob the Fourth popped Krazor's Mackinaw and scooped both of the illegal modules. 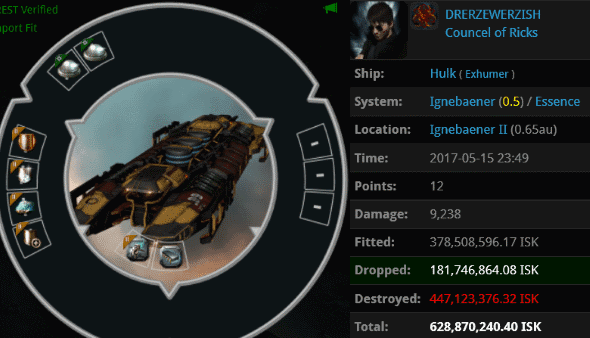 KILLMAIL
DRERZEWERZISH was punished for using ORE Ice Harvesters. He, too, had empty lows for some reason. Agents Galaxy Pig and Galaxy Mule soon received the following message from the miner: 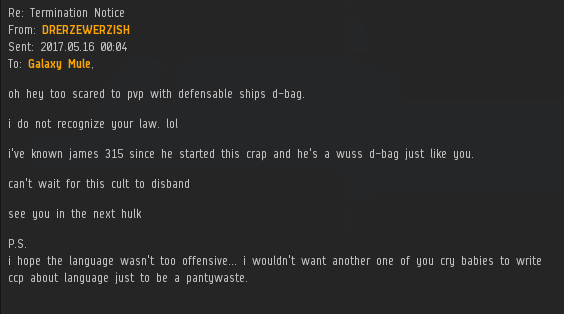 DRERZEWERZISH does have quite a history. If you go all the way back to 2013, you can see him make an appearance in Agent Bing Bangboom's classic "Cry Havoc and Let Slip the Dogs of War" thread on the MinerBumping forums. At the time, DRERZEWERZISH was bragging in local that he doesn't need to worry about being ganked because he tanks his mining ships so well. 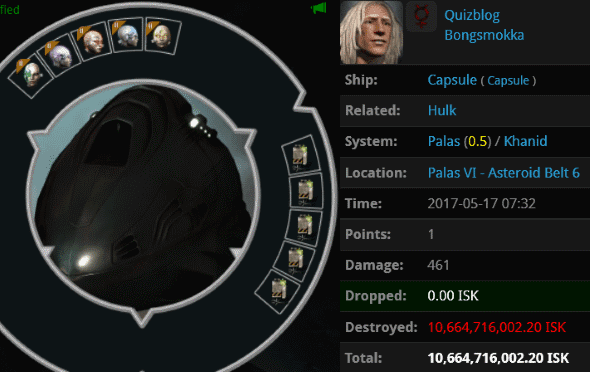 KILLMAIL
In recent weeks, carebears had been getting better about avoiding unnecessarily valuable implants. All that self-denial apparently took its toll on Quizblog, who was caught splurging on an incredible 10.6 billion isk pod. Agent Lawrence Lawton smashed the decadent pod--one of the most expensive yet recorded. 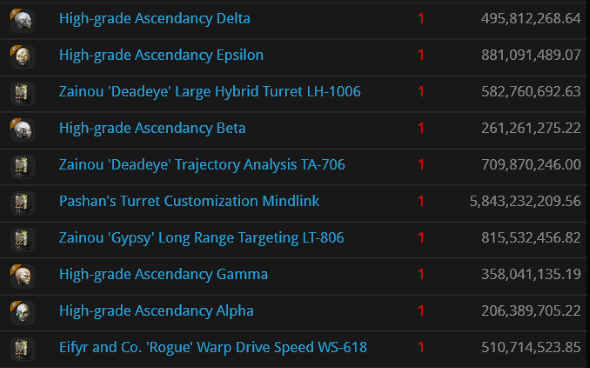 This is what a 10.6 billion isk pod looks like. Quizblog lost it while mining in highsec with a Hulk. I wonder how many hours of highsec mining it would take to make that up? Quizblog, if you're reading this, I urge you to reconsider your bot-aspirant ways. A 10 million isk permit is much more practical than a 10 billion isk pod.
Posted by MinerBumping at 21:42