EVE Online isn't perfect. It's an old game with a bunch of dodgy mechanics and a bad user interface. A lot of people find it boring, describing it with phrases like "spreadsheets in space" and "more fun to read about than to play". But people do play it. Why? They play EVE for the PvP. 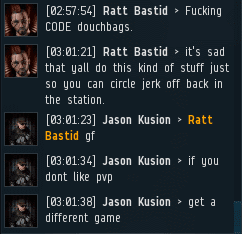 ...At least, they're supposed to play EVE for the PvP. 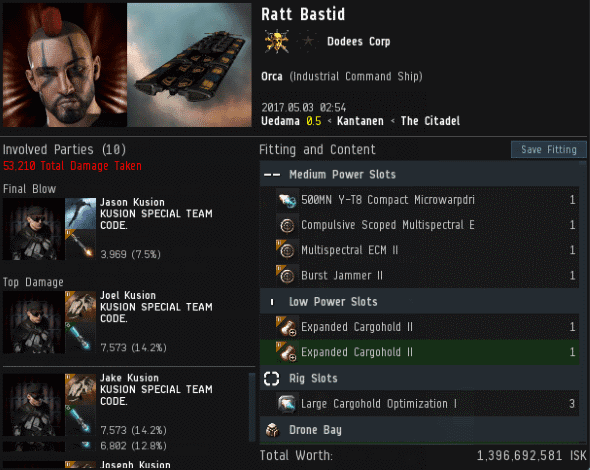 Ratt Bastid wandered into Uedama with a fail-fit Orca. This was a really bad idea, especially since Ratt didn't even own a mining permit. For his crimes, Ratt was sentenced to death by Kusion. 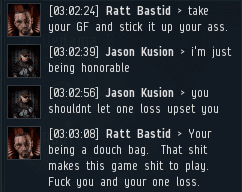 Ratt didn't know what it meant to be a good sport. In that moment, Agent Jason Kusion decided to become Ratt's coach. 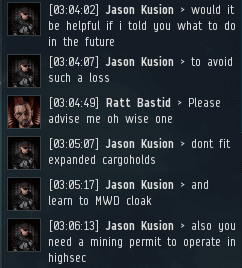 Ratt was in luck. It was as if someone with ten Super Bowl championships offered to coach him. What an opportunity! Gratitude was definitely called for. A permit purchase wouldn't be inappropriate, either. 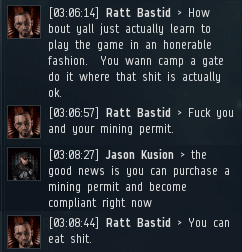 Incredibly, the carebear rejected Jason's advice, preferring to stick to the same plan that had gotten him ganked. 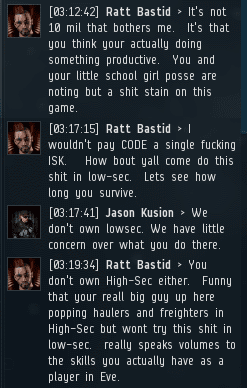 The highsec hauler pilot who demanded absolute safety in EVE accused our Agent of cowardice. He even claimed Jason lacked skill. In fact, the Kusions are so good at EVE that they're frequently accused of cheating. By contrast, Ratt's own skill set consisted of loading cargo, activating autopilot, and shedding tears. 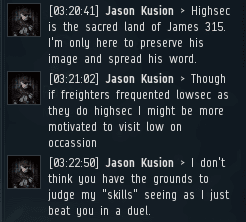 With an eloquence and a conviction that must've shaken Ratt to the core, Jason spoke in defense of himself and his Code. What could Ratt say in response to such a powerful message? 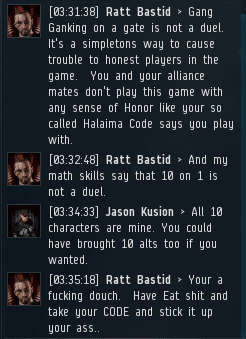 The carebear gnashed his teeth and terminated the convo. What a waste. If only he'd been willing to listen, Ratt could've learned from the best.
Posted by MinerBumping at 17:53