The Agent says, "Tank your ship. Fly responsibly. Buy a permit." The rebel says, "Be reckless. Ignore the Code. Anti-Ganking will save you." Who's to blame when a carebear takes the rebel's advice and gets ganked? The carebear and the rebel, but not the ganker. Let us gaze upon the fruit of rebellion, from the week of April 30th @ 00:00 EVEtime through May 6th @ 23:59 EVEtime. 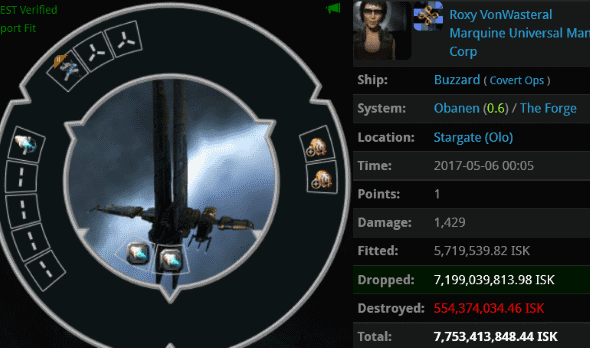 KILLMAIL
With a covert ops frigate and a pair of warp core stabilizers, Roxy VonWasteral was all set to sneak through lowsec. She may have even stood a chance at surviving nullsec. But when she entered highsec, she was seized by a desire to behave like a bot, and all of her tools became useless. Agent Ralliana struck her down.

Over 7 billion isk was lost. At least the Corpse Female will be able to find peace.

KILLMAIL
Vadim Legend was afraid of being ganked in an expensive mining ship, so he decided to use a Retriever, rather than a Mackinaw or Hulk. Somewhere along the way, though, he was tempted into using a pair of highly illegal ORE Strip Miners. Now Vadim had the worst of both worlds: An expensive mining ship with less tank. Agents Crom Cimmeria and Subotai Hyrkanian popped the 472 million isk mining barge. 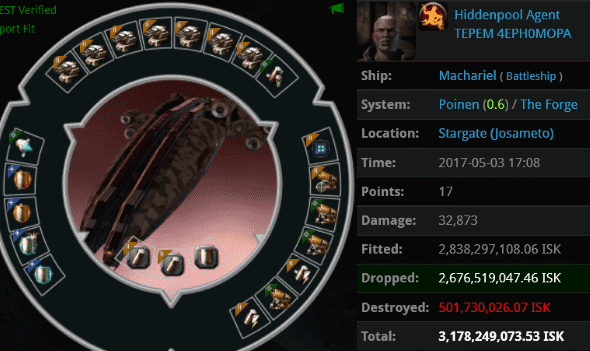 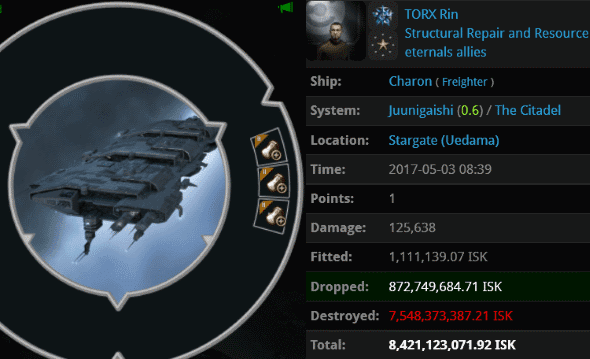 KILLMAIL
Ah, Uedama. TORX Rin was Uedama-adjacent when his freighter was caught in the act of violating the Code. An alert went out to the mighty CODE. alliance, which responded with an impressive show of force. Agents Axel Plathe, Salah ad-Din al-Jawahiri, Mack Poddington, Morrigan Laima, Trump The King, Lawrence Lawton, Zul'dar Alatar, James Poddington, Skiff Poddington, Xia Absent, Hulk Poddington, Ruby Rozei, Tawny Rozei, Sherri Rozei, and Christine Rozei took the Charon down once and for all.

One fine day in Niarja, Agent Firnen Bakru said hello to HoMa Ko. At first, the Rhea pilot was at her keyboard. So far, so good. But at the mention of my name, HoMa went AFK. She continued to be bumped for nearly 20 minutes, after which Firnen did another AFK check. Still no response.

The rebel says, "Of course the Anti-Gankers didn't prevent those other ganks. They can't be everywhere at once. But when they do show up, they can stop the gank." This was soon to be put to the test, as the HoMa emergency was broadcast to the Anti-Ganking channel.

"Gank Intel", too, was alerted to the situation. With such an expensive ship at stake, the rebels were ready to pull out all the stops and rescue HoMa.

Now for the truth: The Anti-Gankers cannot stop ganks, even when they put forth their greatest effort. All they can do is watch, marvel, criticize the gank recipient, and hope that CCP will nerf ganking again. 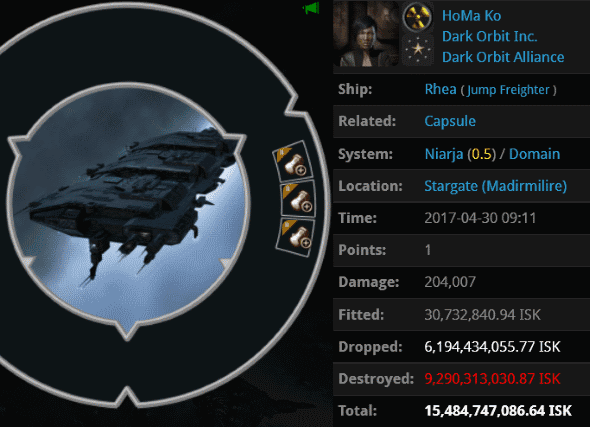 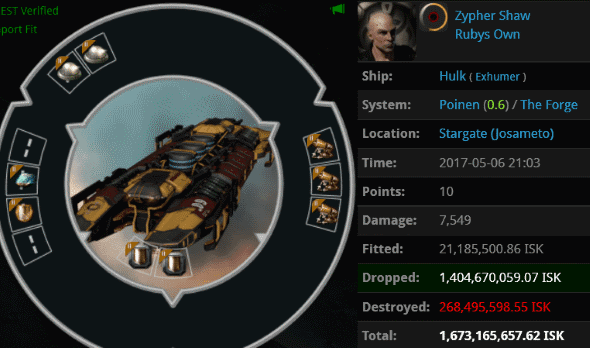 KILLMAIL
Zypher Shaw managed to lose a 1.6 billion isk Hulk to Agents Tax Collector HongMei and Taxman Daniel. It's not obvious from looking at the fittings how this Hulk could be so expensive. No, we must look to the cargo:

I guess no one told this guy how implants are supposed to work. You might say that Zypher's Hulk was the Pod of the Week.
Posted by MinerBumping at 20:43