Previously, on MinerBumping... Mission Ready Mining was visited by one Agent after another. The latest bumper to plague the carebears of Gelhan was TheInternet TweepsOnline TheInternet. MRM had thousands of members at its disposal. Though they hadn't yet rallied to defend their Gelhan mining operation, their patience was being sorely tested.

Yanamota Acami emerged as the leader of the Gelhan resistance. She began a propaganda campaign in local to dehumanize TheInternet--setting the stage for a bitter conflict.

TheInternet grew tired of Yanamota's threats. She knew all about the way Yanamota had threatened her predecessors and failed to deliver. 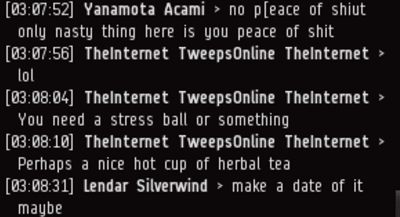 Even other members of Mission Ready Mining were surprised by the level of Yanamota's hostility. Lendar Silverwind laughed it off, fracturing MRM's united front.

No matter how angry Yanamota got, she was unable to interfere with TheInternet's miner bumping. Worse, the miner was unable to rally the other 2,400 members of MRM to her cause. 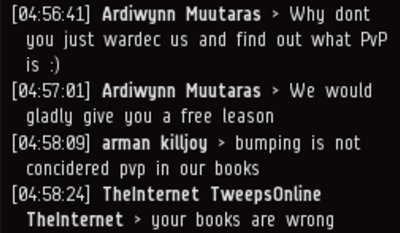 The local carebears repeated the same tactics that hadn't worked against previous bumpers. They tried to convince TheInternet that bumping miners is lame. It didn't work; TheInternet already knew from experience that miner bumping is awesome. 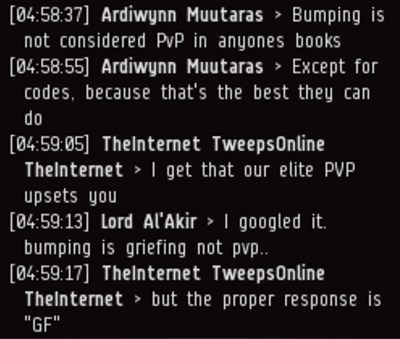 And so the bumping continued, as continue it must. Gelhan was securely under New Order rule. Earlier, MRM had wardecced The New Order Gamis Affiliates, a corp filled with ganker alts. They failed to wardec the corps of the bumpers; when they'd hired mercenaries to do it, the bumpers simply re-rolled their corps. 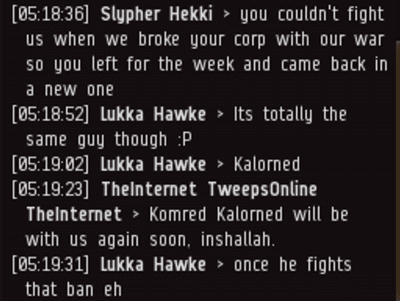 Though some in MRM believed Kalorned was banned for bumping, the siege of Gelhan had gone on for weeks now, with various New Order bumpers doing their part. It was only a matter of time before someone did something desperate.

...And no one was more desperate than Yanamota of the "beasts of the earth" rant. She was ready to make her big move. 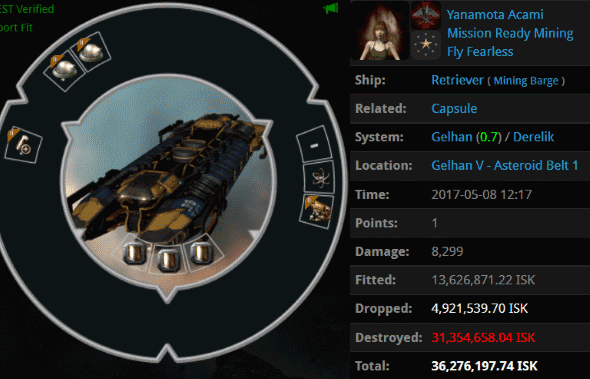 Her move failed. Yanamota tried to sneak in a bit of mining time when she thought the bumpers weren't around. Her capacitor-tanked Retriever was destroyed by ganker alts from The New Order Gamis Affiliates. 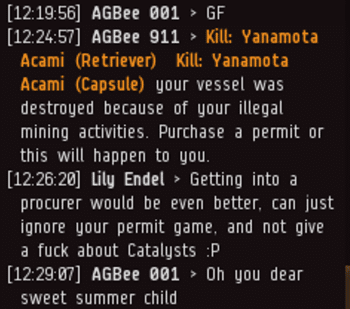 Yanamota didn't respond to the attack. She was AFK. 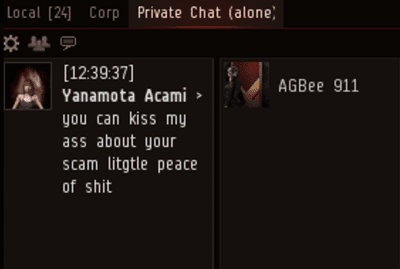 Eventually, Yanamota returned to her keyboard and made her feelings known in a private chat. 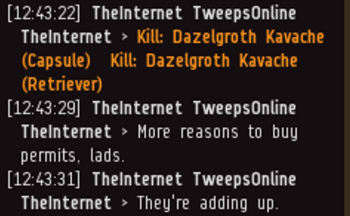 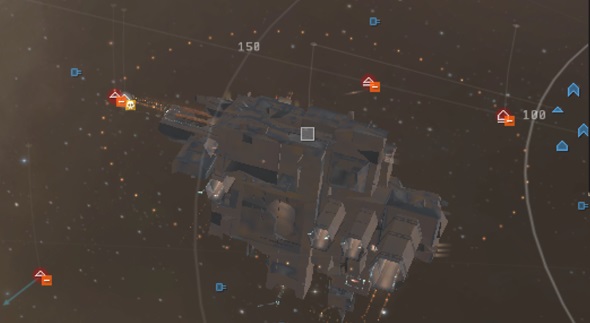