Previously, on MinerBumping... An epic struggle for the soul of the Gelhan system: On the side of truth, justice, etc. was Agent Kalorned. Opposing him, the massive Mission Ready Mining corp and its 2,400+ members. MRM's mercs washed their hands of the situation when Kalorned's corp rebooted to dissolve their wardec. But MRM's own wardec against Kalorned's gank alt corp was imminent.


Lilliana Tanaka > Some of them are genuinely afraid of you.
Kalorned > They shouldn't be, if they took some time to understand certain mechanics
Kalorned > It always falls back to the leadership though
Kalorned > Corp leadership failures cause the new players to be scared
Kalorned > What I'm getting at is your corp is bad and you should feel bad

The lieutenant in charge of MRM's Gelhan forces was Lilliana Tanaka. She engaged in a debate with Kalorned in advance of the wardec. The debate went about as you'd expect.


Lilliana Tanaka > You bump miners... and mince words. It's cute. Don't get me wrong. But don't overplay your hand.
Captain BrewSir > Kalorned since you'r big on educate, why do you gank alphas with ventures?
Kalorned > Captain BrewSir to educate them

By this point, Kalorned's earlier lessons about -10 security status alts and wardec mechanics was beginning to sink in. The miners of MRM no longer had confidence that the wardec would turn the tide in their favor.

Since they were unable to defeat our Agent in combat or by using EVE game mechanics, the only remaining option was to talk Kalorned out of enforcing the Code.

The miners had convinced themselves that Kalorned was the bad guy. As time went on, though, the evidence continued to accumulate--in the other direction.

Nevertheless, MRM carebears still couldn't understand why our Agent was able to prevail while so heavily outnumbered. He must be cheating.

Our Agent was unshakable. He stood by the principles that have so radically transformed highsec for the better these past five years.

A secret Code supporter, Georgia B Dixie, rejoined the Gelhan conversation. When she made her point of view known, she was greeted with suspicion.

Just when it seemed that the miners of MRM were about to give up on the Gelhan system entirely, something unexpected occurred: Kalorned vanished. Georgia had good reason to believe that Kalorned had gone out of town and was taking a vacation from EVE; MRM carebears hoped that their petitions had finally been answered. Regardless, Gelhan went quiet, and MRM slowly crept out of their dens to resume mining.

Had Mission Ready Mining won after all? 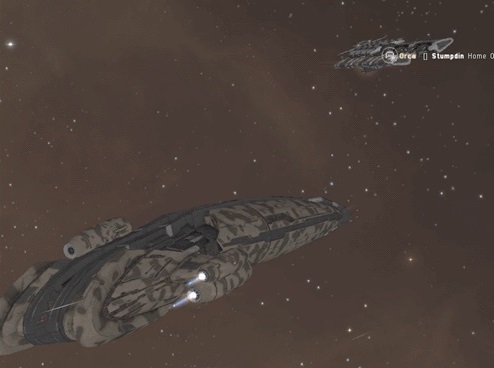 Out of nowhere, a Machariel appeared and started bumping miners out of the ice anomaly. 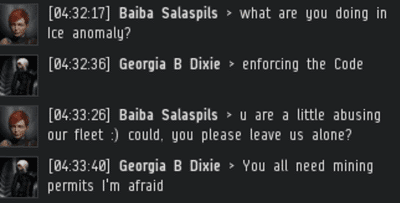 It was Georgia B Dixie! In Kalorned's absence, the bumper decided to take up the mantle of New Order Agent and enforce the Code. 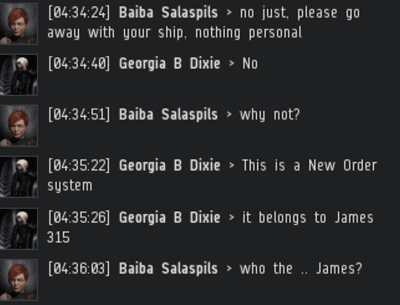 MRM miner Baiba Salaspils was taken aback. It was like that Kalorned nightmare all over again! 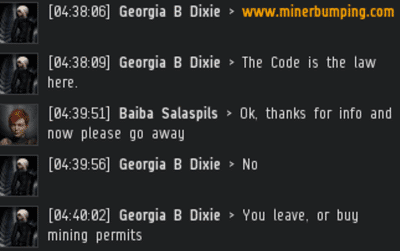 At first, the miners were in denial. Surely the bumper would go away if asked nicely. Surely this wouldn't be another long, drawn-out campaign. But Baiba's private convo with Georgia went nowhere. 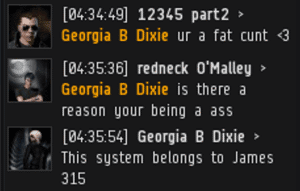 The Code enforcement persisted. It seemed the rebellious miners of the Gelhan system were in for a bumpy ride.