There's a big problem with the classic miner cliché, "You're not following your own CODE!" Namely, these miners wouldn't understand the Code if it came right up to them and bumped them in the face. Which it often does.

Apparently baron muller thinks that I'm going to be very upset with the Agent who ganked him. However, even hearing things solely from baron's perspective, it's obvious that baron was in the wrong and the gank was wholly justified.

And with that, I welcome one and all to the 137th edition of the Highsec Miner Grab Bag! sniperboy lost a freighter, then lost his mind. I'm happy to see an unlicensed freighter explode, but a mind is a terrible thing to waste. Miners, keep the Code and keep your mind. 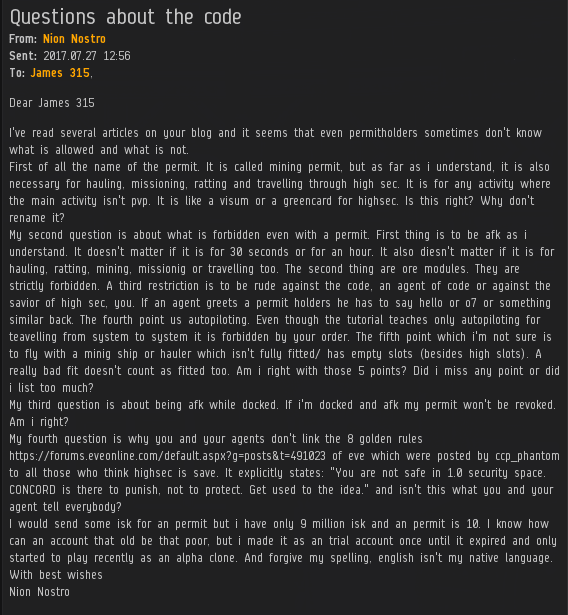 I'm always answering EVE players' questions about the game, so here we go:

1. The mining permit primarily functions as a filter. Ten million per year is nothing, but 99% of miners who act in bad faith won't pay it. A similar filtering purpose is achieved via the fact that it takes a teeny tiny little bit of effort to understand that the mining permit covers more activities than just mining.

2. There are some things you didn't cover in that list (e.g., no bot-aspirancy), so make sure to read the Code and all the MinerBumping posts.

3. Yes, docking up to go AFK is permitted unless you break some other rule in the process.

4. In fact, sometimes our Agents do link the "Golden Rules of EVE". But linking the Code is usually enough to get a miner started on the right path.

I guess I'd better not open that GIF, then. 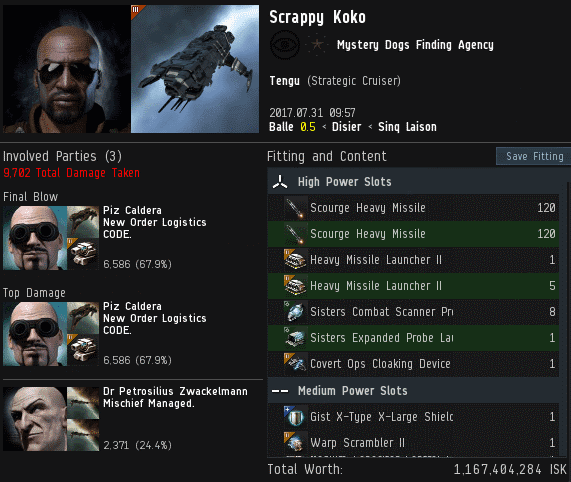 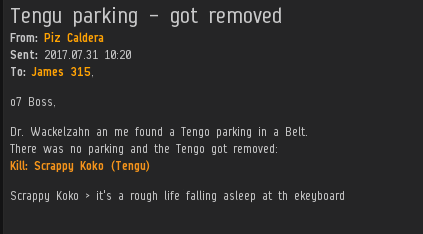 Scrappy Koko lost a Tengu after he fell asleep at his keyboard. Obey the Code, sleep in a bed--it's better for you. 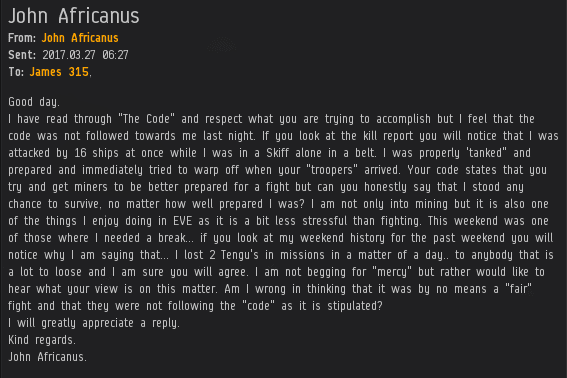 Did you own a mining permit at the time?

Watch out for people with anti-Code attitudes. Once those kinds of dangerous opinions get a foothold, they tend to grow into broader hatreds. It's not uncommon for a rebel miner who rants about the Code to suddenly insult an entire country, for example. 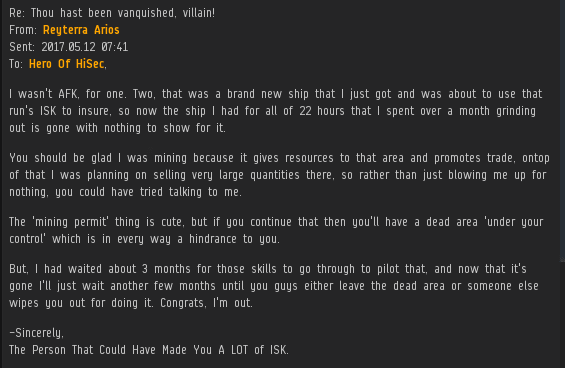 The Person That Could Have Made You A LOT of ISK thinks that our Agents are motivated entirely by greed and materialism. They're not, though--which is why bribery is incredibly ineffective. 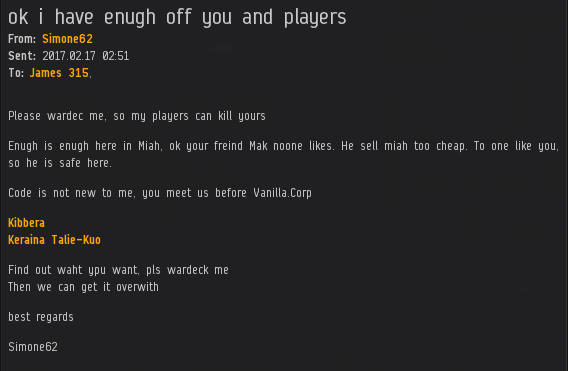 Simone62 requested a wardec from the mighty CODE. alliance. And carebears say that wardecs need to be nerfed out of the game!

Carebears, take note: If you want to learn how to get better at the game, start by learning how to apologize. It's a skill every highsec miner needs.
Posted by MinerBumping at 18:23