Tolerance and respect are two of the main pillars of the New Order of Highsec: Carebears are required to tolerate and respect the Code. Those who disobey the Code are a threat to our tolerant, respectful society and must therefore be eradicated with extreme prejudice. Some helpful examples, from the week of August 6th @ 00:00 EVEtime through August 12th @ 23:59 EVEtime: 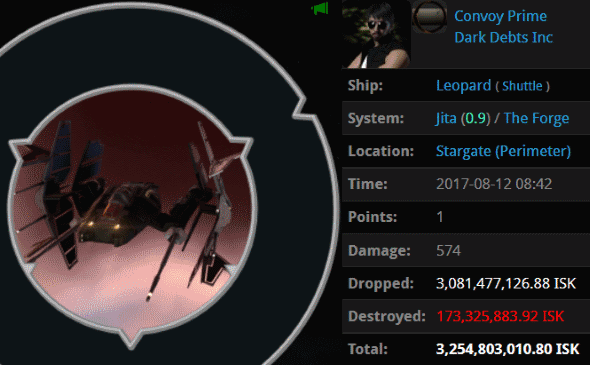 KILLMAIL
Convoy Prime didn't exactly live up to his name. He chose to travel alone, AFK, and on autopilot. Convoy wasn't up to speed on the changes our fair Order has brought to highsec; he didn't realize that autopiloting in a shuttle puts a big red target on your back. Agent Aaaarrgg was thrilled to see a Leopard, as they've become considerably more rare these days--thanks to our Agents.

Aaaarrgg was pleasantly surprised when the shuttle kill yielded a 3 billion isk batch of skill injectors. He wanted to wish the AFK Leopard pilot a good fight, but it was several minutes before Convoy finally accepted the convo request.

Convoy announced that he'd only been killed due to a "socket closure". It's amazing how often carebears suffer network issues at the very moment they're ganked.

Hopefully Convoy will be more careful in the future. Players who obey the Code don't get as many socket closures, I've noticed. 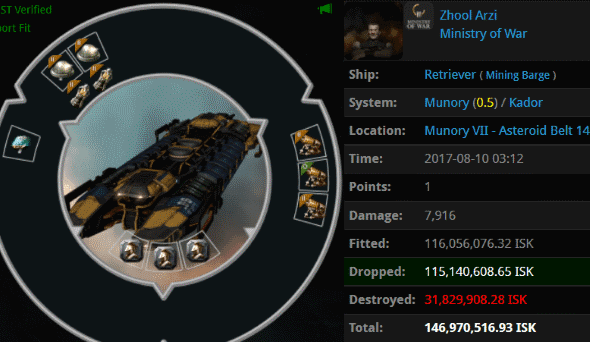 KILLMAIL
This will be one of those "themed" Kills of the Week posts. We start with Zhool Arzi, whose 146 million isk Retriever was stomped by Agent Alexander Kirenski. Zhool made the mistake of fitting a 'Carpo' Mining Laser Upgrade, which tripled the value of his ship. A little bling can be as bad as a lot. 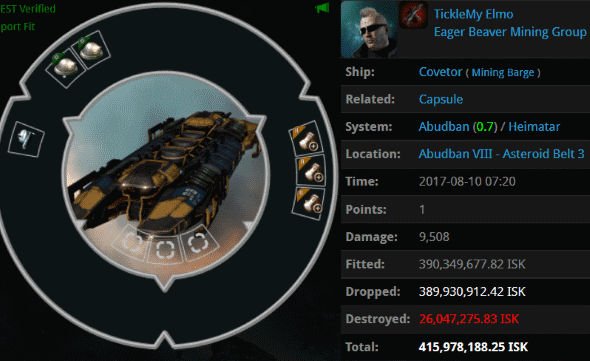 KILLMAIL
Next, the Covetor. TickleMy Elmo was the week's obligatory ORE Strip Miner guy. The rest of his fittings were less expensive, but no better. Agents Alyth Nerun and Ima Wreckyou put TickleMy out of his and the rest of highsec's misery. 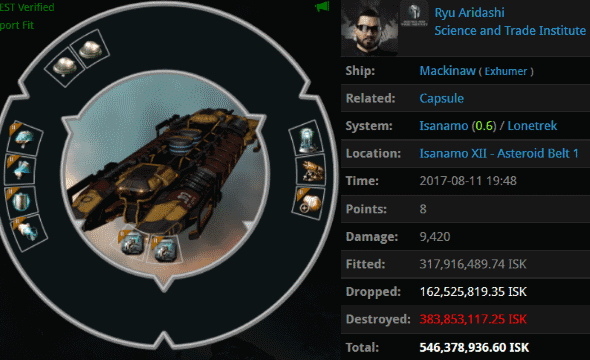 KILLMAIL
Ryu Aridashi completes the set with an overpriced Mackinaw. Agents Subotai Hyrkanian and Crom Cimmeria scanned the ship and noticed a horrendous display of seemingly random modules. Surprisingly, none of the bad module choices were responsible for the high value of the Mackinaw...

Decadent drones will get you every time. And now for the week's worst mining ship: 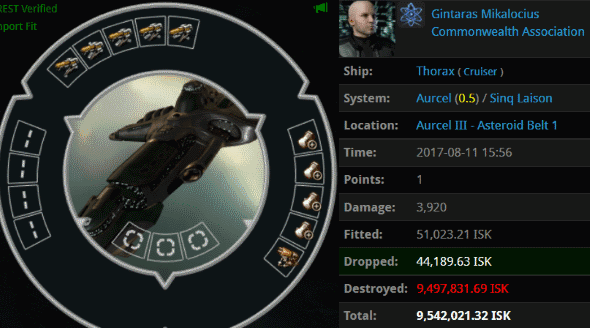 KILLMAIL
What was Gintaras Mikalocius thinking? After destroying his mining Thorax, Agent Guybertini contacted Gintaras to find out:

There's your answer. As expected, the carebear wasn't thinking at all. 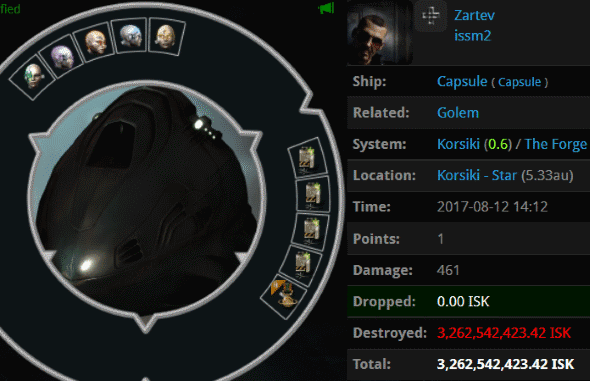 KILLMAIL
Zartev lost a 1.9 billion isk Golem and stuck around to be podded by Agent Jin Culdac. The result was an additional 3.2 billion isk catastrophe for the carebear. 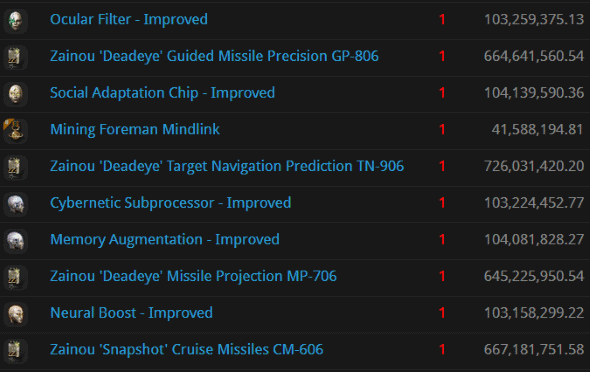 The Mining Foreman Mindlink was actually the least expensive of the implants, but it was the most revealing. Though Zartev was at the helm of a Marauder, he was a highsec miner at his core. Let's hope he has a change of heart.
Posted by MinerBumping at 20:41