Previously, on MinerBumping... Agent Bob the Fourth blessed the Solitude region with his presence and his blasters. As the Code-violating carebears crumbled, an anti-Code resistance developed. Then it, too, crumbled. 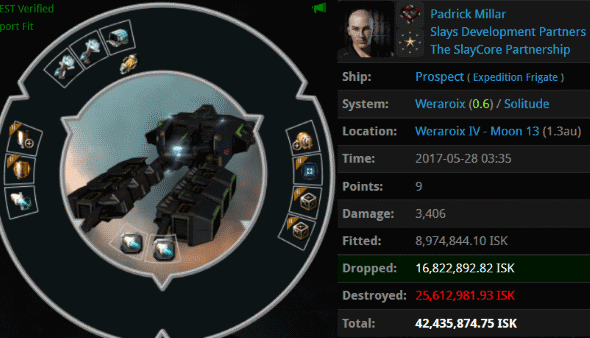 Agent Bob roamed the region, killing bot-aspirants at will. He thought little of destroying an unlicensed Prospect, but the Prospect pilot's alliance didn't forget it.

The SlayCore Partnership alliance was out for blood. How powerful was this new enemy of the Code?

To prove her PvP credentials, the rebel brandished a set of CONCORD killmails featuring the Galaxy farm.

Bob didn't like being threatened. He resolved to pay special attention to any vessels he spotted that belonged to The SlayCore Partnership. 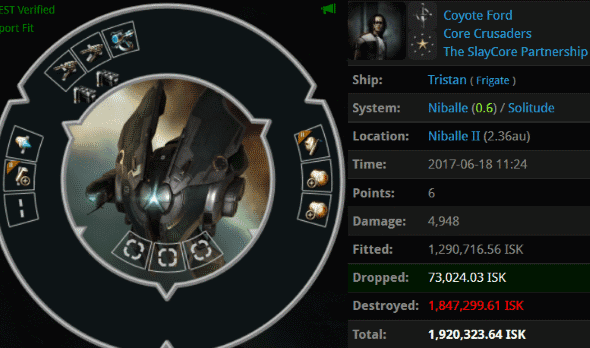 Coyote Ford was the next to die. His Tristan-class frigate was no match for Bob's throwaway gank ship.

After Coyote Ford was vanquished, he urged his fellow alliance members to seek revenge. 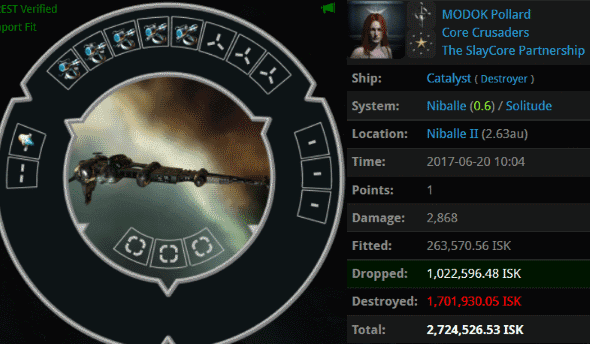 ...But The SlayCore Partnership's pilots were only qualified to get dunked.

Defeating so many enemies made Bob feel confident in his abilities and his Code. He had no idea that his most dangerous opponent had yet to reveal himself.

Then Bob encountered Abaddon Remillard. Unlike the rest of the carebears, Abaddon was interested in combat--and had every intention of handing our hero his first defeat.

Unfortunately, the whole poker theme didn't really fit with anything. After one final attempt to shoehorn in a poker reference, Abaddon moved on to bigger and better things.

Abaddon belonged to the "Code is dead" school. He'd probably read something on Reddit about a heist or relevance or whatever.

The rebel urged Bob to give up the Code and embrace bot-aspirancy.

Protip: Agents of the New Order never give up. They're winners, not quitters.

Until now, no one had been able to challenge Bob in combat. Abaddon was a different story. He claimed to have the power to destroy the New Order and its Code once and for all. Time for an epic showdown.