Previously, on MinerBumping... Agent Bob the Fourth uncovered compelling evidence of bot-aspirancy in the Solitude region. Bob launched a thorough investigation and came to the conclusion that the miners were indeed guilty. 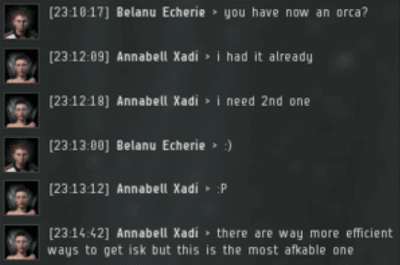 Bob had no intention of allowing the Code violators to carry on unpunished. Though acting alone, Bob had the power to extract justice from the Goofuses. 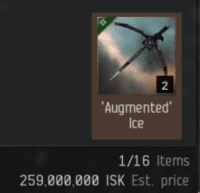 First on his list was Annabell Xadi, an Orca pilot who bragged about going AFK to mine. Using a special tactic he'd mastered over the years, Bob began stealing Annabell's decadent ice-mining drones while she was AFK.

As time went on, Bob expanded the scope of his operation and collected additional drones. Not a bad way to make a quick buck. 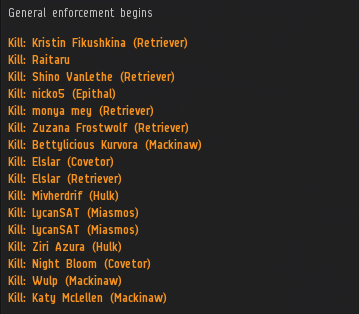 But Bob was only getting started. He unleashed a campaign of destruction against the bot-aspirants of Solitude. 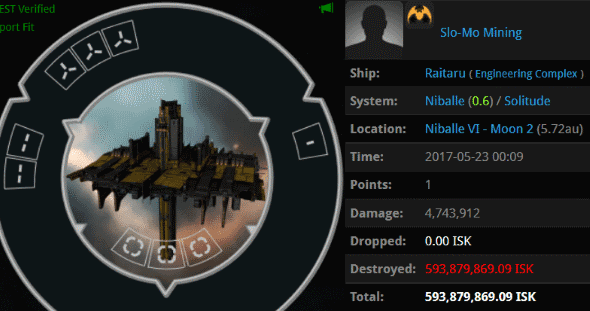 Though he mostly relied on suicide ganks, Bob also occasionally made use of the wardec feature--as he did during his exciting conflict with Slo-Mo Mining corporation.

One thing every aspiring Agent of the New Order should know: If you enforce the Code, it won't be long until you're famous. Agent Bob's activities made him a rock star in the Solitude region.

Bob advised the miner to be the change that he wished to see in the world, but John seemed reluctant to act.

It was another case of highsec miners needing no help from our Agents to expose their true, ugly colors. They're terrible to one another. Though Bob sympathized with John's situation, there was something else to consider: Was John himself a bot-aspirant Code violator? 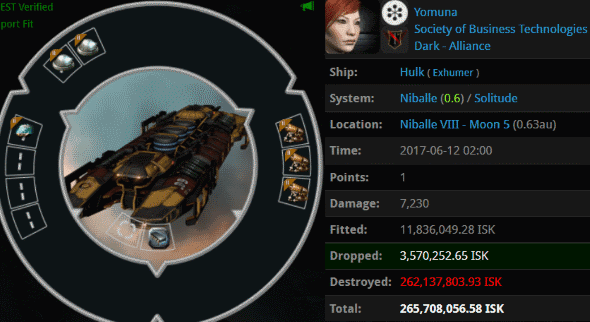 Bob took a look around the system and noticed several members of John's corporation engaged in unlicensed mining operations and other forms of bot-aspirancy. Bob took the opportunity to target John's corpmates (possibly his alts) and destroy them one after the other.

John announced that he'd given up his former life of highsec carebearism and relocated to nullsec, where he could engage in more appropriate activities. Bob was pleased to hear it. However... 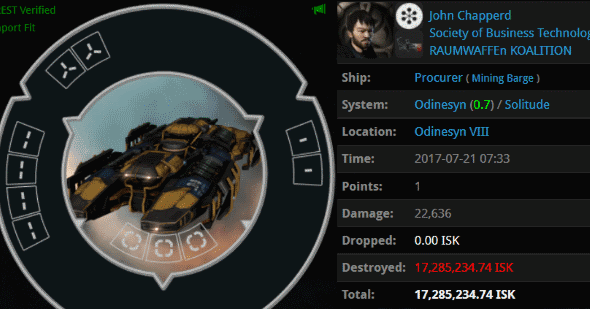 A few weeks later, John suffered a relapse and returned to Solitude. Bizarrely, John managed to get his unfit Procurer CONCORDed. He then went back to nullsec, where he belonged.

Bob had done great things in Solitude. As a result, he made many enemies. And the most fearsome enemy of all was about to make itself known.