Agent Alt 00 was on patrol when she noticed an Orca hanging out in a nearby ice anomaly. She suddenly got a bad feeling about that Orca. 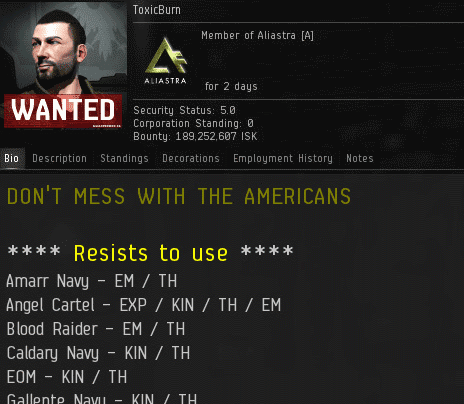 ToxicBurn struck our Agent as a potentially toxic miner. Not because of his name, but because his bio was entirely lacking in any show of support for the Code. The dude didn't even own a permit!

What to do? Alt 00 didn't have the firepower to gank the Orca, and she didn't feel like bumping it. That's when it dawned on her...

As an Agent of the New Order and a member of the mighty CODE. alliance, Alt 00 had authority over all the miners of highsec. So she simply commanded the Orca to leave.

ToxicBurn was incredulous. Who was this "Alt 00" person to tell him what to do? On the other hand, the locals started offering him words of caution. They'd seen the power of the Code on display too many times to doubt it.

The Orca pilot put on a brave face. Maybe that would be enough to dissuade our Agent from attacking him.

At the last moment, ToxicBurn lost his nerve and docked up. Miners, never play a game of chicken with our Agents. They always win--always. 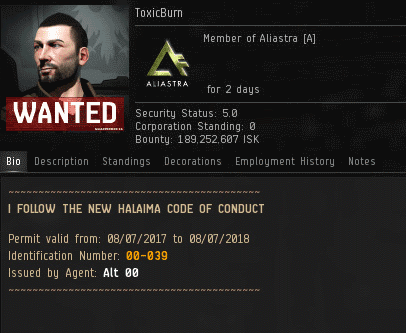 Upon docking, ToxicBurn arranged to buy a mining permit from Alt 00. There was no sense in taking any unnecessary risks. Not in New Order territory.

'Twas another glorious, bloodless victory for the New Order. When reason and common sense prevail, miners don't need to lose their ships.
Posted by MinerBumping at 17:21