Uh oh, you know what that means... It's time for the latest edition of the Highsec Miner Grab Bag! 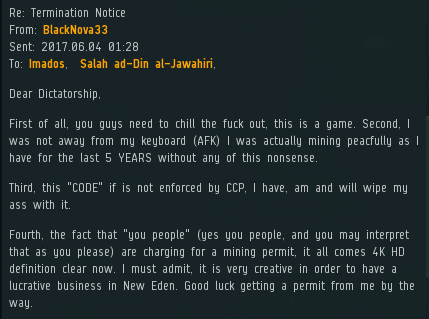 It amazes me how some carebears can be so prejudiced against gankers. BlackNova33 took one look at our Agents and dismissed them. 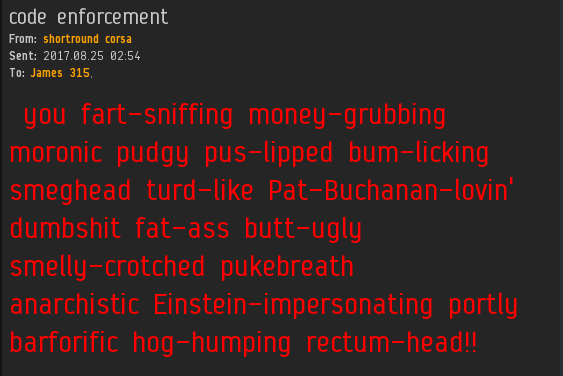 I don't get why he thinks I'm impersonating Einstein.

A lot of EVE players like to leverage their connections (real or imagined) to various organizations. But there's only one name worth dropping in highsec, and it's James 315.

sruta j insisted that he belonged to a powerful group--one that our Agent didn't want to mess with. But we've heard it all before.

If sruta's alliance was so powerful, why couldn't they protect him from being ganked?

In what has become a recurring storyline in recent Highsec Miner Grab Bags, Izekial Rage thanked Nion Nostro for reporting his attempts to recruit Grab Bag "victims". Izekial was confident this would serve as a boost for his organization. So far, though, he has yet to recruit anyone.

Jang 11 was spoiling for a fight, but then he admitted that he had no money. I guess that means our Agent won the fight?

Miners need to quit the whole "I'm a new player because I just came back after a break" nonsense. We all take breaks from EVE. Besides, miners should be spending that time reading MinerBumping to prepare for their return. 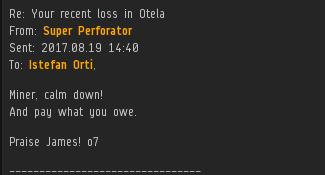 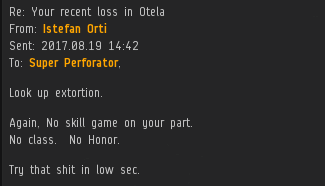 If miners like lowsec so much, why don't they live there? 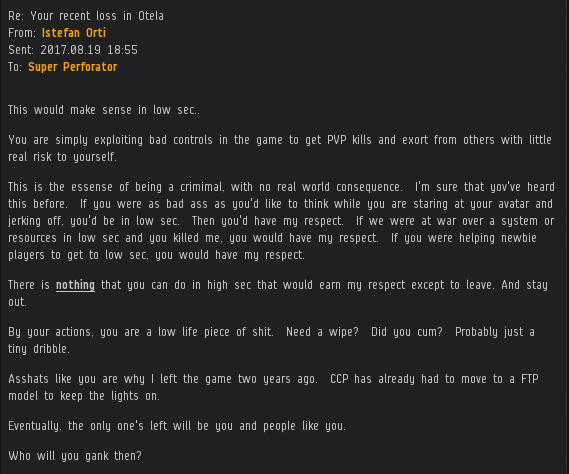 For a highsec miner, this guy spent an awful lot of his time thinking about lowsec. If only he showed a little interest in the Code.

Dawn Pollux isn't typical; we know that statistically, almost nobody quits EVE due to being ganked. And the people who do leave for that reason aren't the kind of players we want. I'd gladly trade ten thousand Dawn Polluxes for one decent content creator--and I wouldn't be surprised if CCP feels the same.
Posted by MinerBumping at 19:04