Kino. One of the very first systems to receive the benefits of the Code. 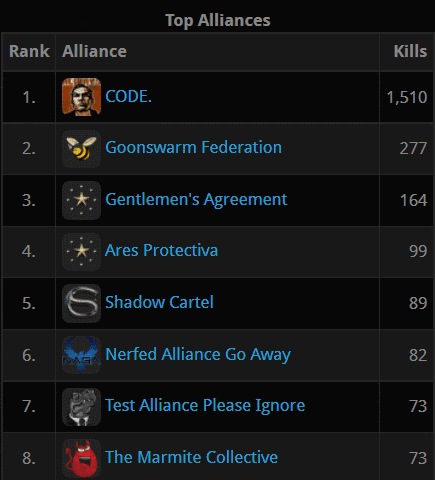 The New Order, and in particular the mighty CODE. alliance, has deep roots in Kino. Agents Bing Bangboom and Spine Ripper are household names--and the subject of recurring nightmares for non-compliant carebears.

But it was only a matter of time before a rebellion rose up against Kino's masters. 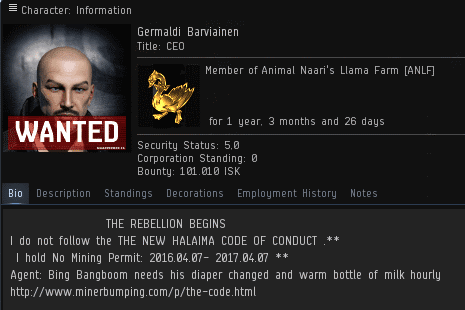 With the chilling words "THE REBELLION BEGINS", highsec carebear Germaldi Barviainen rallied every miner he could to the cause. After his drones popped a suspect loot-scooper, Germaldi felt as though nothing could stop him.

...A standard question in light of recent events.

Already, Germaldi had recruited the assistance of "a friens". This new resistance movement was spreading like wildfire. 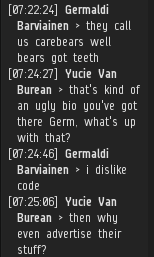 Granted, not every miner Germaldi met was receptive to his message. I mean, five years of Code enforcement can't be undone overnight. There are going to be skeptics. 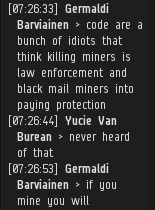 Some miners choose to remain non-political. They prefer to do nothing while they wait their turn to be ganked.

Earlier, Germaldi Barviainen challenged our Agents to face him. His open defiance was meant to inspire fear among the gankers and to stiffen the spines of the miners. 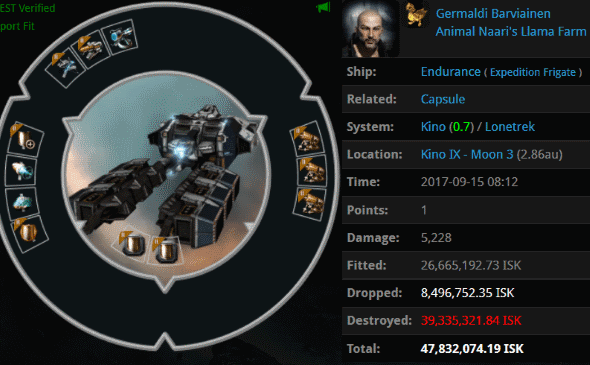 Instead, Germaldi only signed his own death warrant. His Endurance was destroyed, along with his 116 million isk pod. 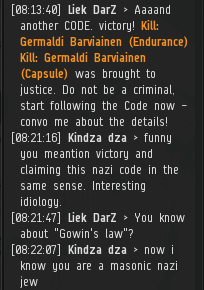 Germaldi went silent. At last, the rebellion was over. Peace returned to the Kino system. 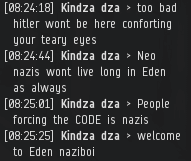 And yet, no matter how many would-be resistance leaders lose their ships, there's always another Goofus waiting in the wings. Our Agents stand at the ready.
Posted by MinerBumping at 18:11