The bitter carebear grumbles, "Nobody ever warned me about the Code." In fact, the New Order gives out warnings left and right: Look to your left, the smoldering wreck of one of your fellow carebears. Look to your right, a freighter getting showered by a storm of antimatter. And dead ahead, check out these kills from the week of September 17th @ 00:00 EVEtime through September 23rd @ 23:59 EVEtime. 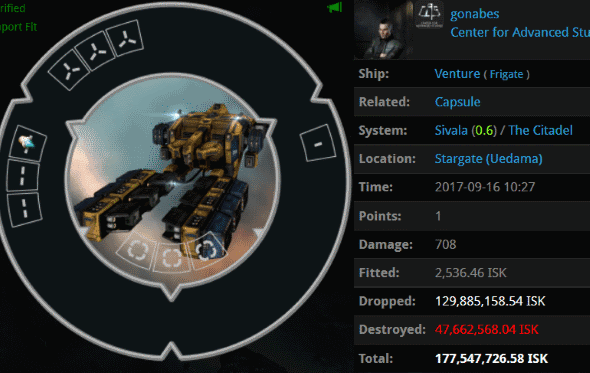 KILLMAIL
You can tell that gonabes is one of those guys who gets burned out and gives up easily. His nearly unfit Venture was, in fact, a hauling ship that he tried to autopilot through Uedama late last week. He was zapped by Agent Lisa Tancos, who only needed to inflict 708 damage to take him down. Haulers, if your ship has less than 1,000 hitpoints, you're not really a hauler anymore. You're target practice. 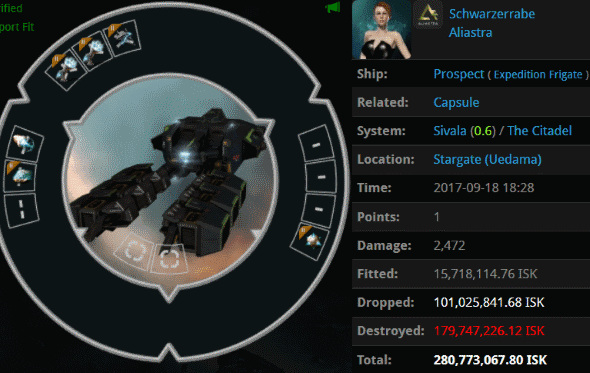 KILLMAIL
Schwarzerrabe provided highsec with more evidence that you don't need to buy a Mackinaw or a Hulk to lose a mining ship worth hundreds of millions of isk. Agents Lisa Tancos and Jacob Tancos took down her Prospect, not expecting it to be worth much. After all, Prospect hulls are only 24 million isk...

Seriously? Schwarzerrabe's gas cloud harvesting frigate cost her more than a quarter billion isk because she couldn't resist blingy mining drones. What a little puke she turned out to be. 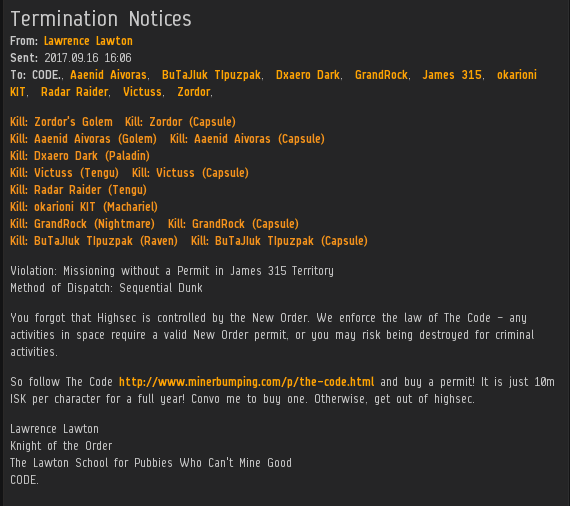 Late last week, termination notices went out to a bunch of mission-runners who had a really bad week. They tried to engage in PvE without the Code. 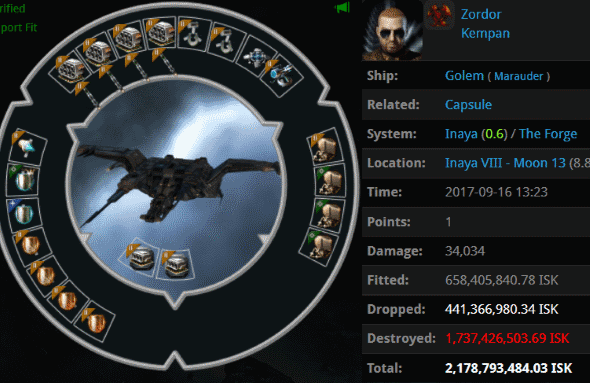 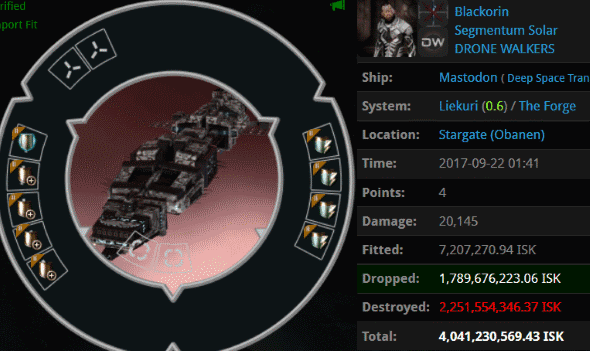 KILLMAIL
The sad thing is, Blackorin probably considered his hauler to be well tanked. Look at those lowslots, though. Blackorin's shield regeneration rate was no match for the high-alpha Tornadoes piloted by Agents Ralliana, Luna Nightblood, and Underpaid Ship Mechanic. Before CCP introduced free-to-play accounts, this is what "alpha" meant in EVE. 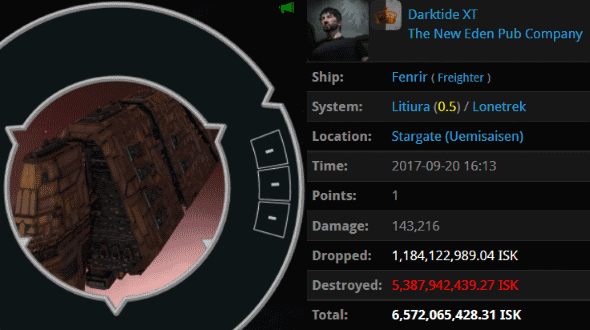 KILLMAIL
What's the laziest possible way to lose 6.5 billion isk in highsec? Darktide XT had the right idea, if that's what he was going for. He didn't even bother to fit a module on his freighter before he let the autopilot take over. In the most perfunctory manner possible, he wandered into New Order territory to die at the hands of Agents Kill-Chan, Bint Bint, Lawrence Lawton, Darnoth, Unfit ForDoody, Yasashi konma, ZAKURELL0 LINDA, BAE B BLUE, James Poddington, BAE B PEW, Elite Highsec PvP, SynthiaGreey, Emergent Gameplay, Mack Poddington, Skiff Poddington, Basic Black Bitch, Hulk Poddington, Selina Love, ClearLove, Bluekiss, Padme Love, Rosanna Love, Lunar Love, and Zentar Brigs. Luckily, they showed more enthusiasm for the game than Darktide did. 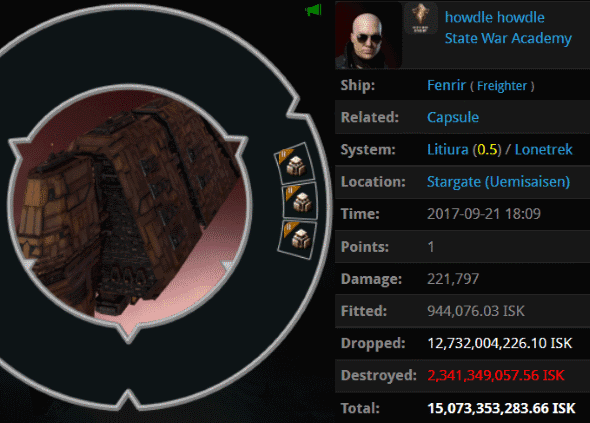