Who Do They Think I Am?

Highsec carebears tend to suffer from a lot of confusion about the various aspects of EVE. One of the elements they're most confused about happens to be among the most important in the game... 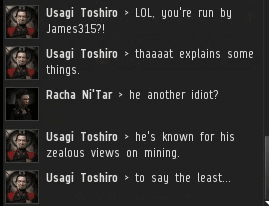 The good news is that most highsec players have at least heard of me. Because EVE's population is concentrated in highsec, and because nearly all of highsec's content is concentrated in the New Order, I am probably the second-most widely recognized player in the game. Before the typical new player ever gets a grasp of who's who in nullsec, he's been ganked and heard "Praise James!" a dozen times or more.

Name recognition is a very low bar, though. Many carebears get caught up in rumors about me being permabanned or quitting the game or being a bully, etc. All false.

To the average carebear, I have become a sort of bogeyman. Miners gather around the campfire and try to scare each other by telling James 315 stories.

Even the intellectually curious highsec dweller struggles to understand what it is that I do. They imagine all sorts of roles for me:

Some think it's my job to handle their complaints, like I'm some kind of customer service representative for highsec.

Others see me as a diplomat...

...While others think that I'm a piggy bank whose job it is to send them isk. Where did these guys get the impression that I'm made of money? 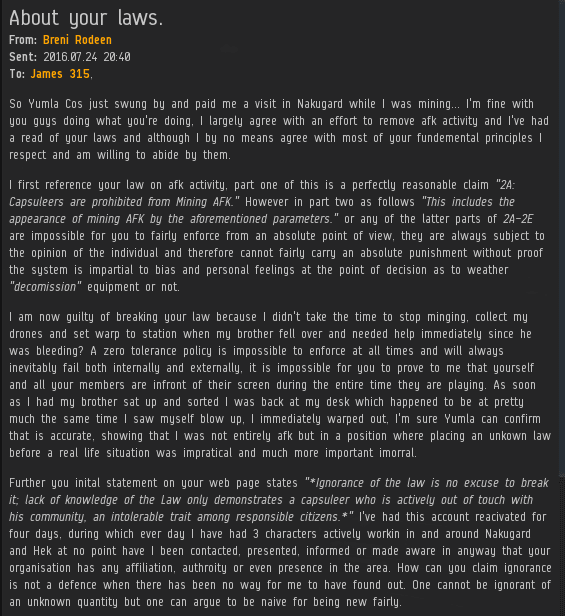 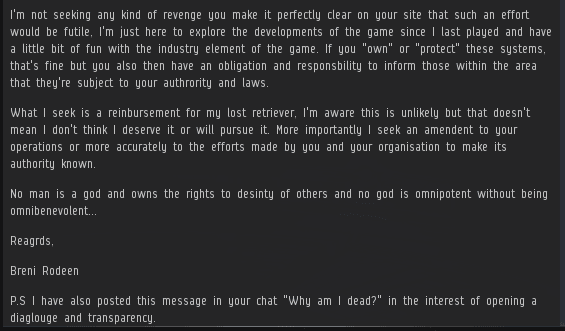 Even people who have never spoken to me before assume that I'm a sympathetic ear for whatever they want to talk about. And a very patient one, at that. 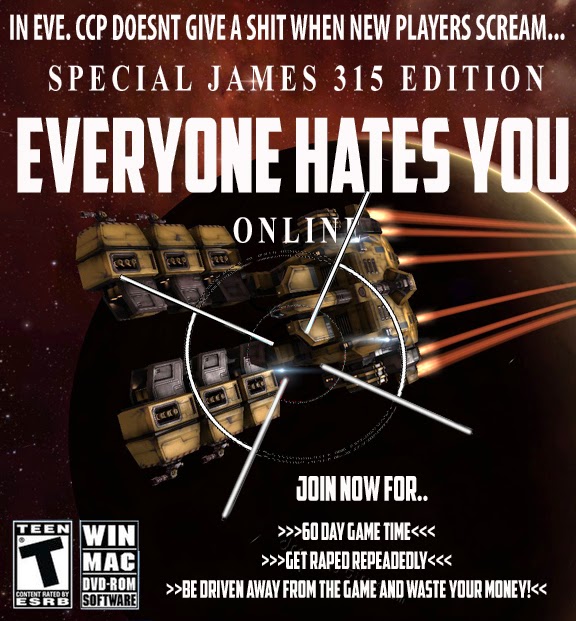 There are many rebels who hold, quite sincerely, to the belief that I am an apocalyptic force bent on destroying EVE itself. (Art credit to Gorila Vengaza, who painted this during his time in the resistance.) 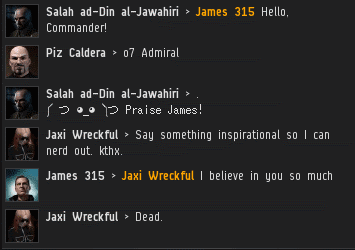 My Agents know better. They know me to be a force for creation, not destruction, in EVE. (Of course, to create our perfect new world in highsec, we need to destroy the old one. Creation of this magnitude necessarily requires an incalculable slaughter.)

Because the fact is, very simply... 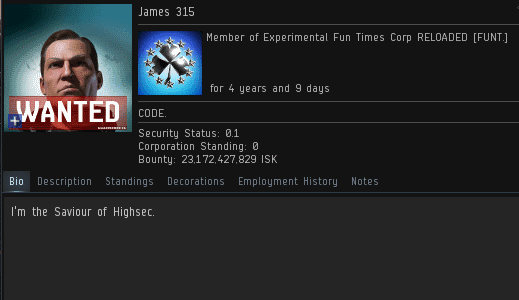 ...I'm the Saviour of Highsec. The truth was right in front of you all along.
Posted by MinerBumping at 17:14