Previously, on MinerBumping... Mission Ready Mining sucked. Everyone knew this. The besieged rebels in Gelhan began to crack, leaking intel to our Agents. There were even signs that the miners may have been in the early stages of planning a full-scale evacuation. 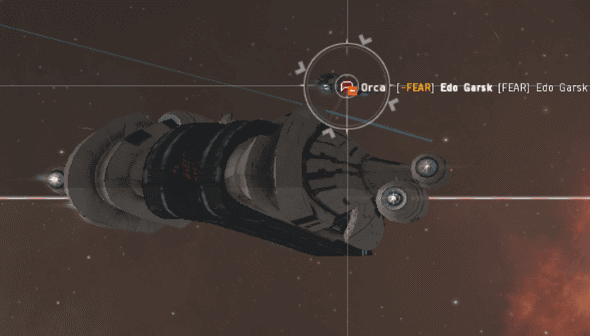 Our heroes continued their work, hunting down the MRM members (alliance ticker: Fly Fearless) and ganking them. Where appropriate, the miners and haulers were bumped instead. 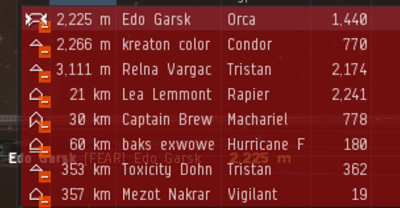 Agent Kalorned noticed that the MRM members really didn't like it when their Orcas were bumped. A swarm of MRM "defense" ships circled around him--but they didn't dare take any aggressive action, no matter how much they outnumbered the Agent.

pale pail, a member of The Marmite Collective, soon found himself at the center of a storm of controversy: MRM accused him of colluding with the mighty CODE. alliance. They were convinced that when their ships got bump-tackled, it put them at risk of being ambushed by Marmites, who were in an active wardec against MRM.

pale pail admitted that he'd been in contact with Agents of the New Order, and that the subject of bump-tackled MRM pilots occasionally came up in conversation. This sparked a new investigation of Marmite/CODE. ties--which held Gelhan local chat in rapt attention.

Agent TheInternet TweepsOnline TheInternet wasn't going to let himself get pushed around like so many bumped miners.

MRM "leaders" like Captain BrewSir were torn: On the one hand, they were angry at the Marmites for the wardec. They'd been telling their members that they were winning the war--apparently unaware of the "war report" feature. On the other hand, they hated CODE. even more.

According to the MRM way of thinking, it didn't matter that their corporation had thousands of members. Nor did it matter that they usually faced only a single Agent at a time. They felt powerless, and they justified it by calling themselves "newbros".

Ya know, your typical newbros with 5 billion isk freighters.

The MRM propaganda raised an unanswerable question: When would it become okay for people to shoot at their spaceships in a spaceship-shooting game? When MRM had 4,000 members? 10,000? 20,000?

As MRM and the Marmite pilot continued to argue, TheInternet intervened, offering to mediate the dispute. He tossed the name of the Saviour into the mix, hoping that would defuse the situation.

Our Agents reasoned that it wasn't necessary for everyone to be at each other's throats. They could use the perfect harmony of the New Order as a model.

The matter went unresolved, for now.

Another day dawned in Gelhan. Agent Georgia B Dixie took to the belts and resumed her bumping campaign. Unexpectedly, a pilot claimed diplomatic immunity from bumps.

Once again, the complex power dynamics of the Gelhan system threatened to throw everyone into confusion.