Over One Trillion Five Hundred Seventy-Seven Billion in Shares Sold 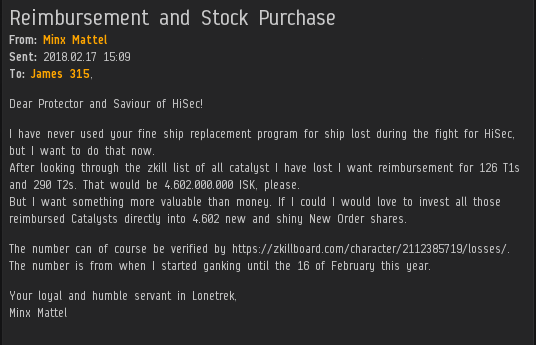 Agents of the New Order are entitled to request reimbursement of gank ships expended whilst giving the gift of gank to Code-violating carebears. Minx Mattel decided to dedicate her losses to the Code by buying shares. 'Tis the circle of life!

One minor correction on the amounts, though. Back in the days of the original Reimbursement for Knights of the Order post, ships were worth different amounts and reimbursed at different rates. The Ganks page has the current rates: 3 million isk for a tech I Catalyst and 10 million for a tech II fitted one. 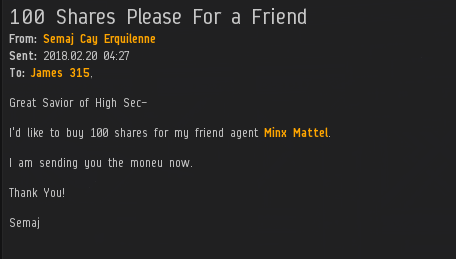 What a week for Agent Minx!

Agent Siegfried Cohenberg gave the gift of bump, elite PvP'ing this Orca until she gave up: 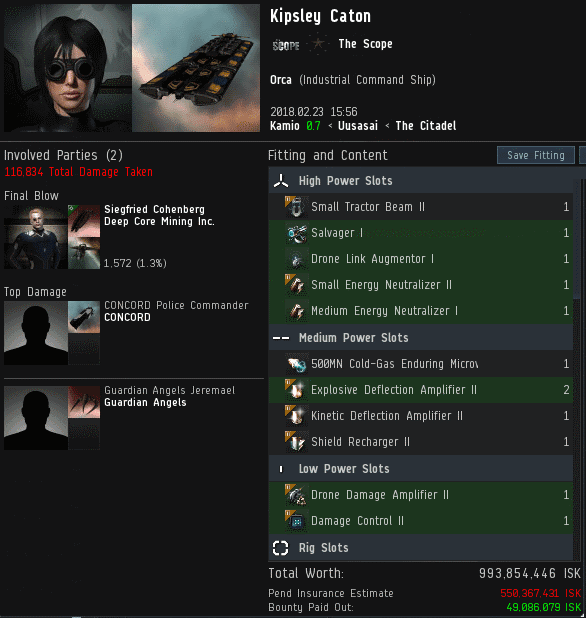 We've seen haulers get killed by NPCs while being bumped, but Kipsley Caton apparently chose to make the best of her Drone Damage Amplifier II. She attacked our hero (so much for ships that "can't shoot back"--or is it "can't bump back"?). Siegfried prevailed.

Haulers get tired of being bumped, but our indefatigable Agents never get tired of saving highsec. That's the difference.
Posted by MinerBumping at 16:33