Previously, on MinerBumping... Mission Ready Mining's mining colony in Gelhan was melting before our Agents' very eyes. The miners blamed everyone but themselves for their failure; they cursed the mighty CODE. alliance--and The Marmite Collective for allegedly colluding with them. MRM's leaders hoped that our Agents would get bored and go away, but instead, they settled in and made the system their home.

From time to time, seemingly momentous threats arose, only to fizzle out. Could nothing stop our Agents?

Agent Kalorned found few MRM members willing to fight. Instead, he was spending most of his time administering the empire.

Luckily, Kalorned was able to delegate. 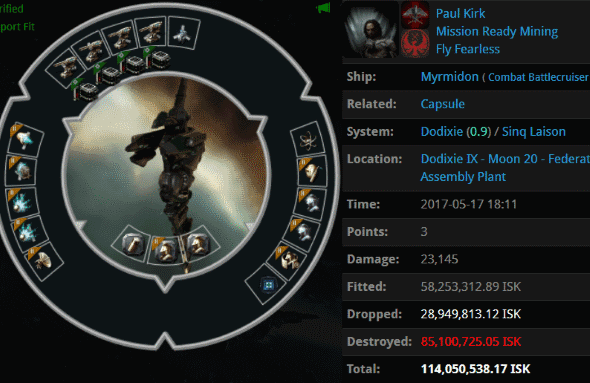 After seeing so many miners fume about kill rights on -10 security characters, it was refreshing to see people who knew how to use them. 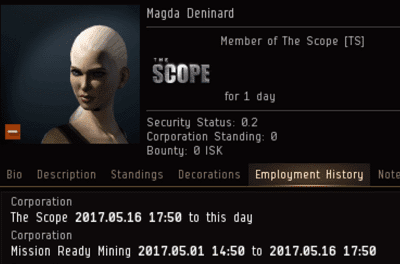 Kalorned noticed that some of his familiar foes no longer belonged to MRM. Regardless, our hero vowed to protect Gelhan from all threats, from the mundane to the exotic.

Agent Kalorned was tending to the Gelhan system when a strange visitor arrived. 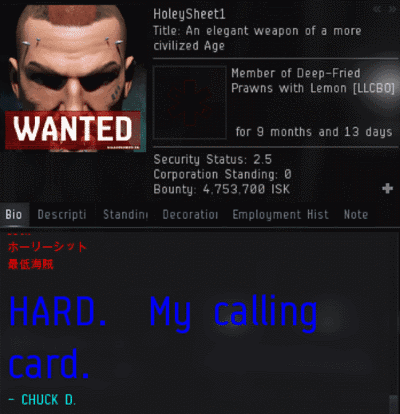 Something seemed a bit off about this fellow, but Kalorned wanted to make the guest feel at home in Gelhan.


Kalorned > True, the baseline level of activity isn't the same as hubs - however stick around long enough and you will find that these remote areas have their own distinct excitement
Kalorned > You wouldn't know passing through, however there is currently a conflict ongoing this very moment
Kalorned > A mining corp in conflict with the good guys enforcing proper gameplay
HoleySheet1 > who are the good guys?

Maybe Kalorned's first impressions were wrong. Had he judged HoleySheet1 too harshly?

On the other hand, Agents of the New Order are known for their superb instincts.

Kalorned received additional insight from a member of MRM; he was routinely supplied with information from some of its more open-minded members.

Though HoleySheet1's reputation wasn't stellar, Kalorned felt it was worth spending a few more minutes with him. However, the visitor was eager to be on his way. Kalorned only had time to play one more card: The name of the Saviour of Highsec. Drop it into any conversation and you're bound to get to the truth.

What Kalorned didn't anticipate is that this time, truth would come in the form of a conspiracy of epic proportions.