In case you've been living under a chunk of Veldspar these days, the mighty CODE. alliance reached another amazing milestone this month. In January 2018, CODE. broke its all-time record for the most isk destroyed in a single month.

For the first time, CODE. incinerated 2 trillion isk worth of non-compliants. Actually, you probably would've heard about this even if you were living under a chunk of Veldspar, because you would've been ganked for loitering. Nobody was able to escape our Agents this month.

Where's the "CODE. is dead" crowd today? Most likely heading to Jita to buy a replacement ship. I suspect many of them are taking the pod express.

It seems that every year, some dizzy rebel is out there spreading rumors about the decline and fall of CODE. Yet we only grow stronger and more powerful. Two trillion isk ganked in a month...! That's a lot of dead carebears. As usual, Anti-Ganking was nowhere to be seen.

You might be curious to know which kill put us over the top. Well, there's some debate about that. As CODE. approached the 2 trillion mark, Agent Aaaarrgg was watching the killboards very closely. He identified two kills, which took place one minute apart, as potential contenders: 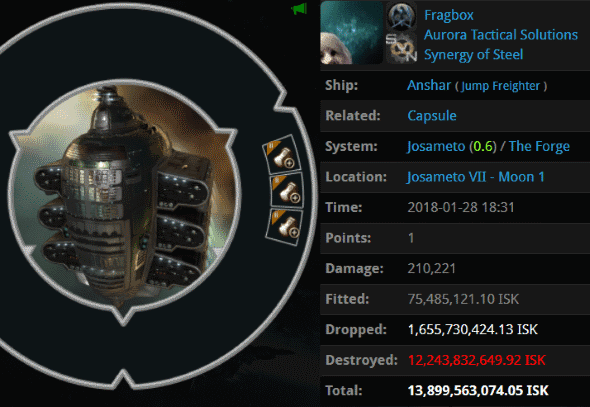 Fragbox's triple-anti-tanked 13.8 billion isk Anshar may be the most likely candidate. The other contender occurred a minute earlier: 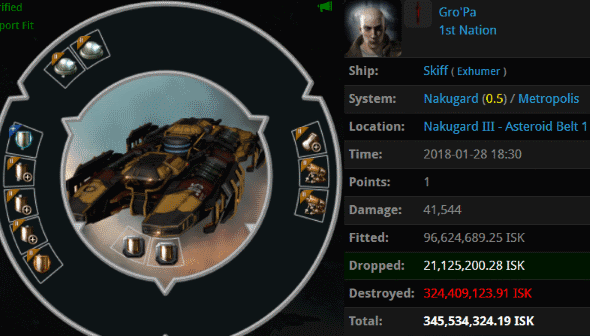 Gro'Pa's fail-fit bling Skiff. (What were the rebels saying about Skiffs being invulnerable to ganks?) 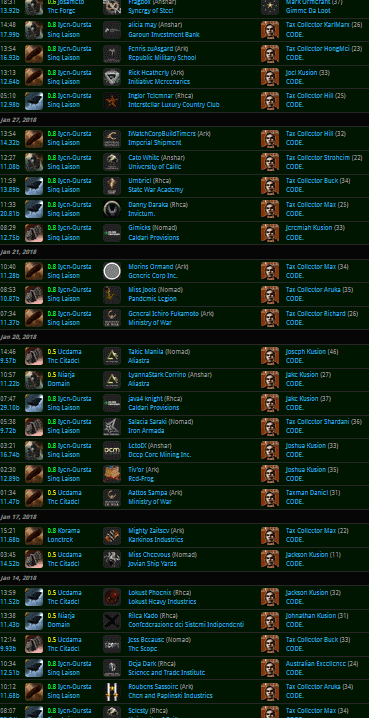 (By comparison, the notorious 2012 ganking event "Burn Jita"--which sparked international headlines, public statements by CCP's senior developers, and a special launch screen--resulted in the destruction of 53 freighters and 12 jump freighters.)

Since December 2012, CODE. has vaporized over 55 trillion isk worth of illegal equipment. As the record-breaking month of January demonstrated, we're only getting warmed up.

The fight for highsec is truly the Million Dollar Battle.

Because the CODE always wins. Always!
Posted by MinerBumping at 18:31