It has often been said that in the end, good will ultimately triumph over evil. However, it seems that in highsec, we don't need to wait very long; good triumphs over evil on a constant basis. Hence the New Order's daily (yet still extraordinary) victories. For a mere sample, feast your eyes on these kills from the week of January 28th @ 00:00 EVEtime through February 3rd @ 23:59 EVEtime: 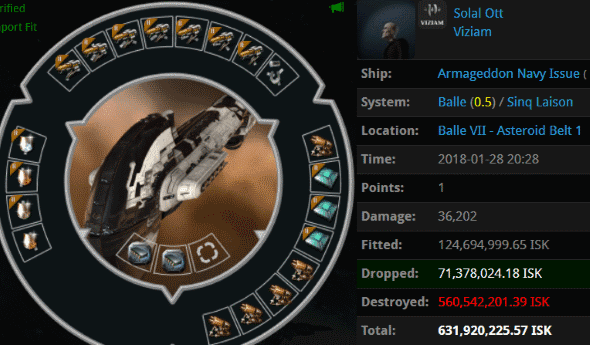 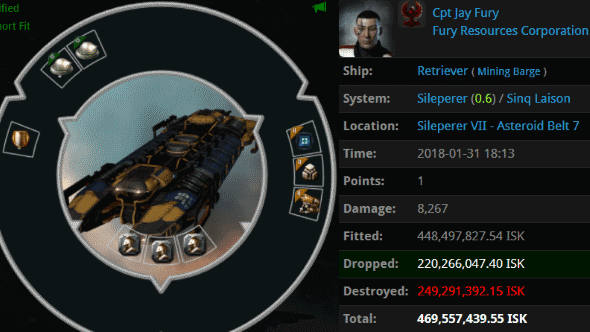 Cpt Jay Fury assigned himself one great mission: To tank his mining ship enough to protect its pair of decadent ORE Strip Miners. Cpt Jay threw himself into the task, grabbing hull, armor, and shield tank modules. Apparently he didn't realize he was tanking up a Retriever, which is like designing a piece of heavily reinforced tissue paper. Agents Konrad Boros, Lewak, Maximus Gooseman, and Salah ad-Din al-Jawahiri reduced the inexcusably expensive mining barge to rubble. 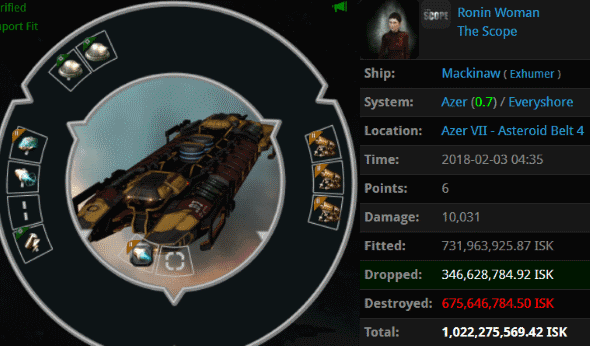 Unlike Cpt Jay, Ronin Woman didn't bother with all of that tanking nonsense. Hers was a more serene bot-aspirancy; she was even content to leave some of her fitting slots empty. Agent Guybertini blasted the blingy Mackinaw with a rare gank Naga. 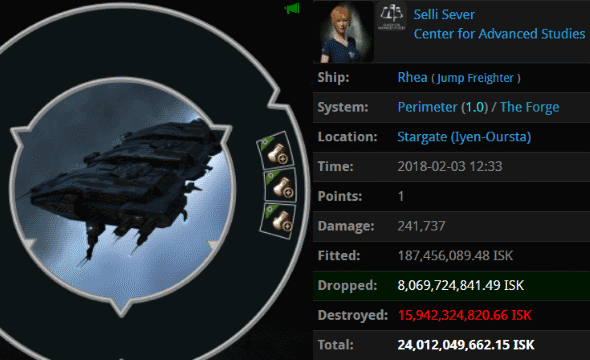 Selli Sever breathed a sigh of relief when she brought her jump freighter safely into a 1.0 security system. Actually, two minor corrections: First, Selli probably didn't breathe a sigh of relief, since she wasn't at her keyboard at the time. Second, she didn't enter the system safely--because there is no safety without the Code. 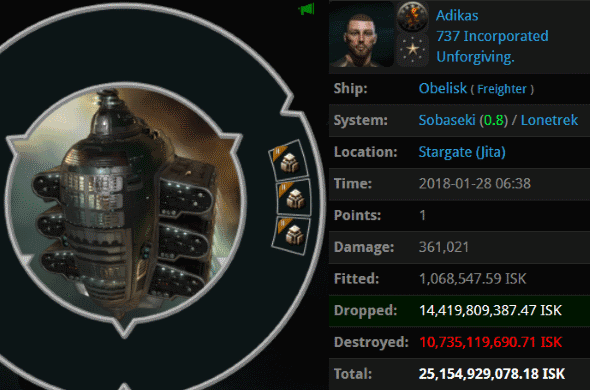 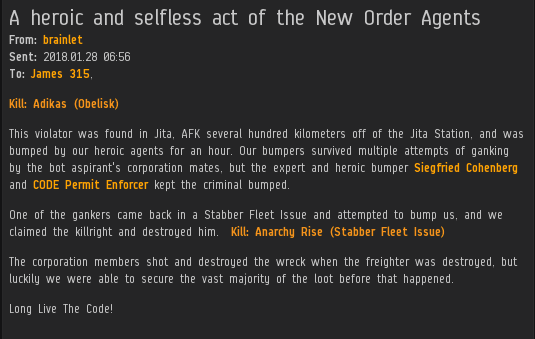 Because bumpers usually don't show up on killmails, they tend not to get the credit they deserve. Even so, their heroism is legendary. 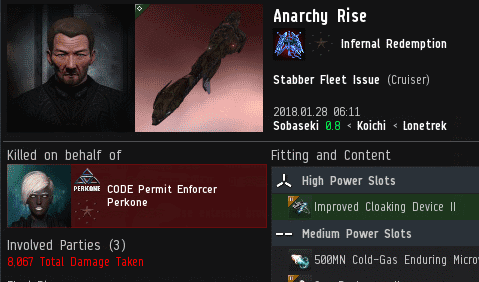 ...And, I would add, the carebears don't realize how much skill it takes to do bumping right. Hence, they tend to die when they try their hand at it. Bumping is arguably the most elite PvP that EVE has to offer. 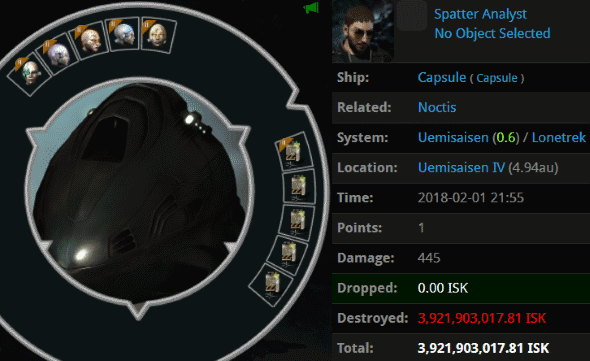 After his Noctis was dispatched, Spatter Analyst got a rare opportunity: To study his own spatter. Agent Salah ad-Din al-Jawahiri splattered the carebear's pod, leaving behind plenty of spatter to be analyzed. 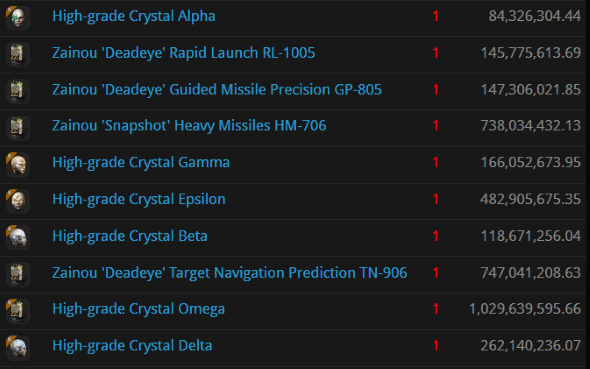 A Goofus and his implants are soon parted. The sooner, frankly, the better.
Posted by MinerBumping at 19:49