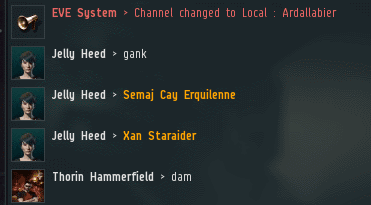 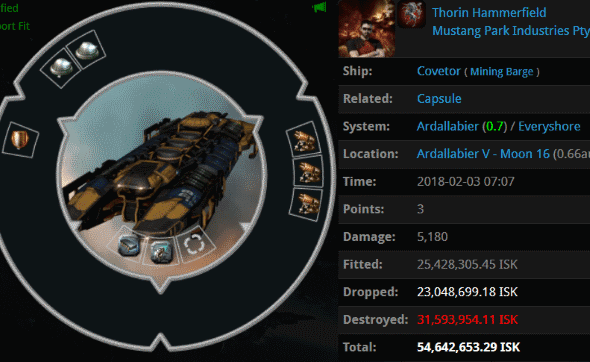 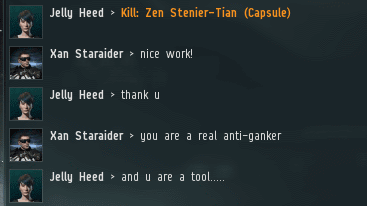 Jelly Heed tried to warn Thorin, but the miner failed to... heed... her warning. Jelly also went so far as to try intervening in the gank, but the miner died anyway. 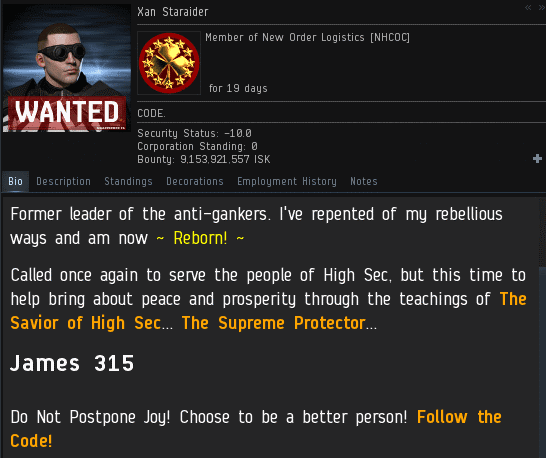 Xan Staraider knew of what he spoke. A former Anti-Ganker himself, Xan was all too familiar with the futility and emptiness of trying to prevent the Code from being enforced. Like so many other rebels, he switched sides and began to enforce the Code himself, making him a controversial figure in both pro-Code and anti-Code circles. 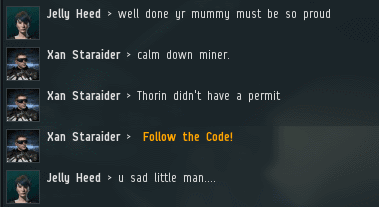 Jelly was apparently the system's local resistance leader. She was disgusted by the rebel-turned-Agent and his ability to succeed at doing things rather than failing. Yes, she was disgusted, or, perhaps... jelly?

Xan and Jelly continued to discuss Thorin and his problems. If the miner was still in the system, his ears were surely burning (along with the wreck of his Covetor).

Yep, still in the system. 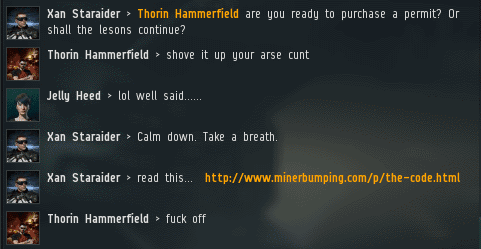 Thorin had put his safety into Jelly's incapable hands. He had not, however, delegated his rage. 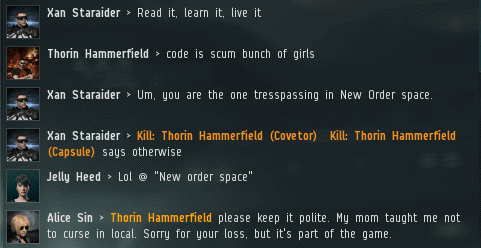 Thorin continued talking--with the inevitable result of alienating the locals. 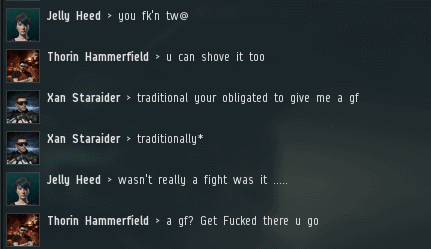 Only Jelly was willing to defend the miner, and she'd already proven herself distinctly unqualified for the job.

By contrast, Agent Xan seemed to be cultivating new friendships. This is a typical pattern: Agents and miners both tend to push people into the New Order camp.

But would anyone trust Xan once they learned of his dark past?