Previously, on MinerBumping... Agent Bob the Fourth's triumph in the Niballe system humiliated the anti-Code rebels hiding there. Building on his successes, Bob sought to create a new, Code-compliant society.

Public opinion turned in Bob's favor. Instead of always being cursed whenever he entered local, Bob drew cheers--and cheers for highsec's Saviour, of course.

Bob was about to launch into a new gank when he noticed something peculiar: the presence of CONCORD ships that he hadn't generated himself.

To Bob's great surprise, news came of an unknown ganker--someone not affiliated with the New Order. 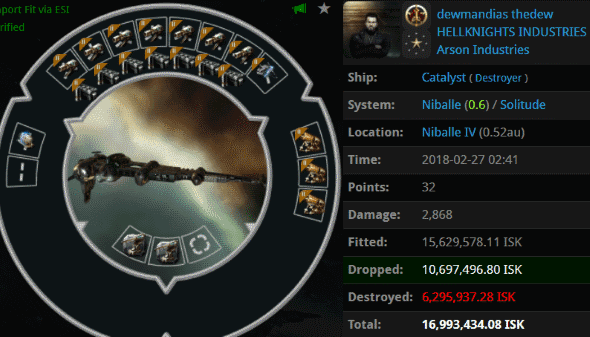 The report turned out to be accurate: The lossmail of the failed ganker proved it. Bob then went back to his logs, which had faithfully recorded everything in local chat during his absence.

Bob was amazed by the attitude of the would-be ganker from nullsec. It was immediately obvious that someone had witnessed the adventures of our Agents without realizing that ganking really is elite PvP. The failed ganker assumed it would be easy, and that it could be done without the Code. He had no idea how difficult it would be to gank even a Retriever piloted by a Code-compliant miner. 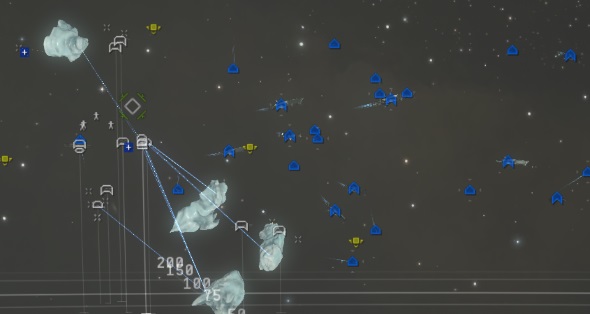 It wouldn't be the last time Bob came across a swarm of foreign CONCORD ships. 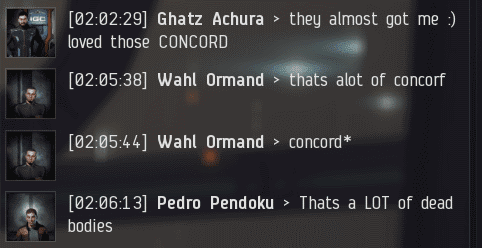 This time, a whole gang of amateur suicide gankers had created a mess of CONCORD--again botching the gank. 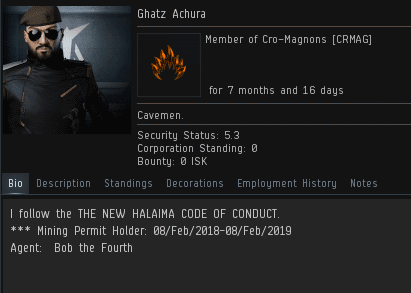 The intended target was Ghatz Achura. He survived, of course, because he had been obeying the Code. Bob acquired the chat logs leading up to the event:

Upon reviewing the logs, Bob was again struck by the amateurish nature of the individuals involved.

These were not elite PvP'ers. Witnessing their clumsy attempts at a gank, Ghatz must have thought to himself, "I know James 315 and I know the New Order, but who are you people?" 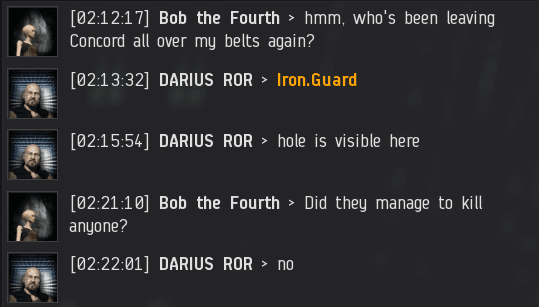 Bob couldn't help but be amused. Rebel miners always say that the Code is useless and that mining permits are a scam. Yet here was living proof that only the Code can keep a miner safe.

Moreover, the failure of these tourists proved that the mighty CODE. alliance isn't alone in killing trillions of isk worth of miners merely because other people can't be bothered--we stand at the pinnacle of ganking success because others can't pull it off.

As Bob took command of the scene, our Agent found it even easier to sell mining permits. Everyone in the system could see that the Code works.

Miners were lining up to buy permits and get Code-compliant now. Bob had achieved his goal of creating a pro-Code culture in the Solitude region. But there was still one great old enemy he would have to face.