CCP devs say they designed EVE to be a cold, harsh universe--much to the chagrin of the carebears. But EVE doesn't need to be painful. The game can be fun instead--if you have the Code. We'll be talking more about those concepts of pain and fun a bit later. Until then, from the week of June 3rd @ 00:00 EVEtime through June 9th @ 23:59 EVEtime... 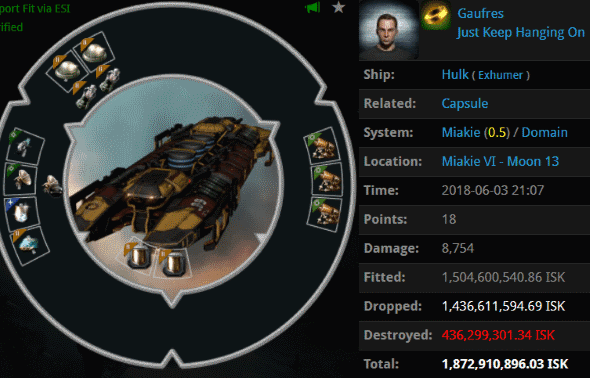 KILLMAIL
Considering everything that's happened over the past six years, you'd think that Hulks--especially blingy Hulks--would be extinct by now. They're not, because bot-aspirants like Gaufres keep buying them. So we'll keep killing them, as Agents Ernst Steinitz and Max August Zorn did. 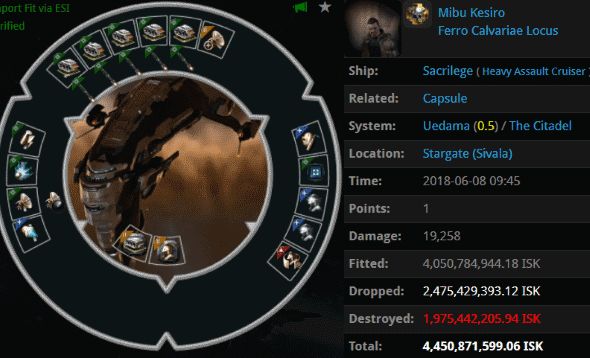 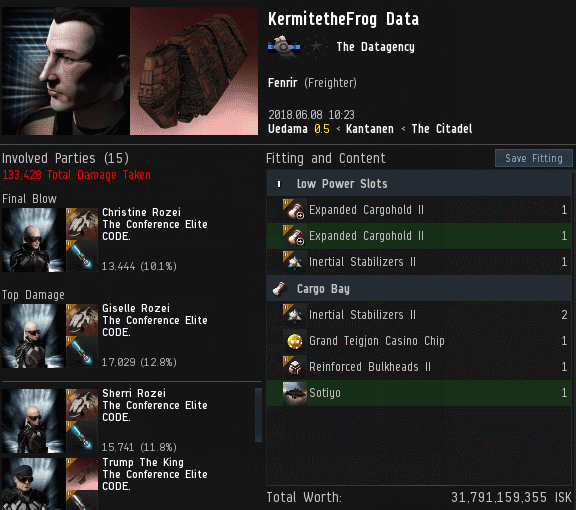 KILLMAIL
To the surprise of no one but the KermitetheFrog Datas of the world, freighters continue to suffer and perish in highsec. KermitetheFrog met his fate in Uedama, where his freighter joined its ancestors. This particular bot-aspirant suffered more than most, though: He lost 31.7 billion isk. His loss was our Agents' gain, as the Loot Fairy accidentally allowed the Sotiyo to drop. Agents Giselle Rozei, Sherri Rozei, Ruby Rozei, Trump The King, Christine Rozei, Shanade Rozei, Lagatha Rozei, Ivanka Rozei, Katy Rozei, Tawny Rozei, Baron Rozei, Georgia Rackner, eviserater Adoudel, and Harletta Quinn were the richer for it--as was highsec. 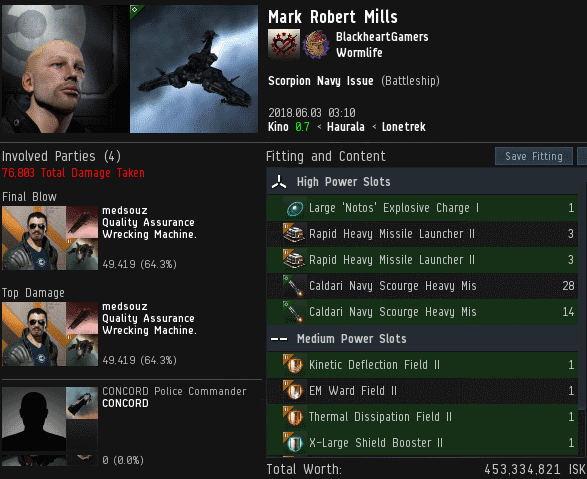 KILLMAIL
Mark Robert Mills goofed. I'm not referring to the fact that he got his Scorpion Navy Issue CONCORDed, though that wasn't one of his brighter ideas. I'm simply talking about the fact that he thought he could prevail against the Agents of the New Order. That was dumb. One way or another, he was going to lose. Agents medsouz, Tuomas Arturi, and Krig Povelli joined CONCORD Police Commander in punishing Mark's foolishness. 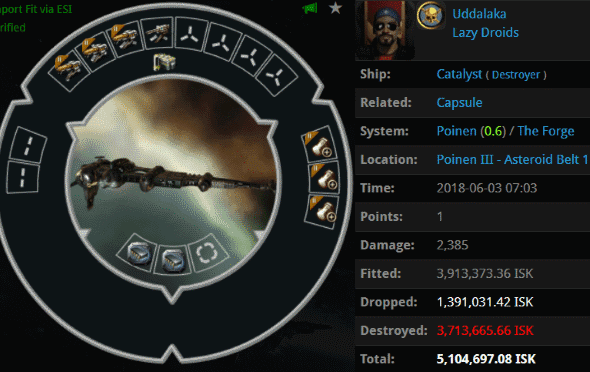 KILLMAIL
Remember last week, when I said that the only thing worse than a mining Talos would be a mining Catalyst? One must be careful when saying things like that. Because, well, we're dealing with highsec miners. Uddalaka manifested the cruel joke of a ship. And this ship was poorly fit even for a mining Catalyst. Agent James Poddington quietly put Uddalaka out of his misery and moved on. 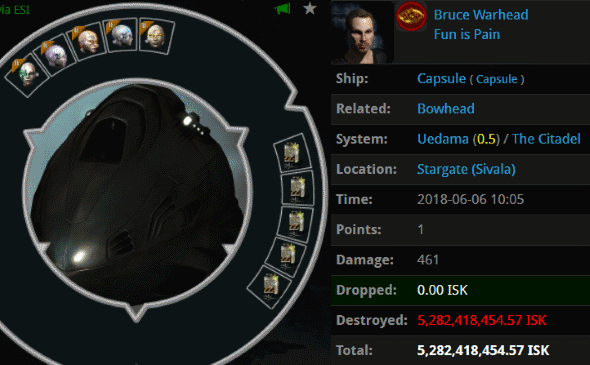 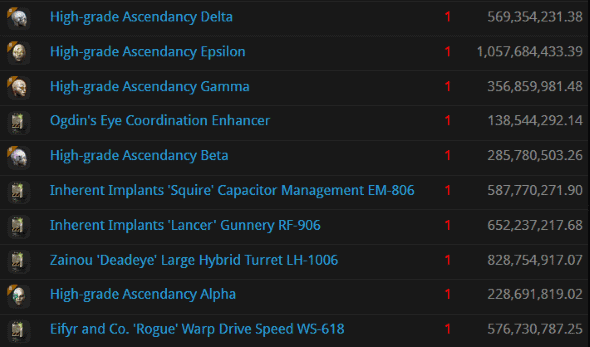 You see those implants? Another set was destroyed the very same hour (also worth 5.2 billion isk, obviously). Its pilot lost a 1.7 billion isk Vindicator. Both of the blingy pods belonged to members of the Fun is Pain corporation. I've got a feeling these carebears have a lot more experience with pain than fun. That's not likely to change. And without the Code, they're doomed to a future with a whole lot more pain.
Posted by MinerBumping at 20:08