Over One Trillion Five Hundred Ninety-Five Billion in Shares Sold

Things just keep getting better and better for the New Order. Viirilithizu Ward bought 1,000 more shares of our stock, pushing us past the the 1,595 billion isk mark (so close to 1.6 trill!) and earning her a Supreme Protector's Tip of the Hat™.

Everyone in EVE is talking about the 331 billion isk jump freighter killed by the mighty CODE. alliance. Video game journalists, naturally, took a keen interest: 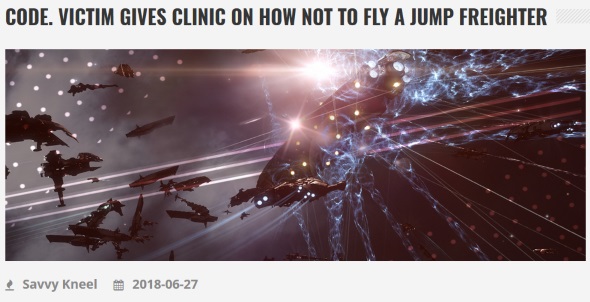 The Imperium News Network released an article on the kill. The author, Savvy Kneel, interviewed Agent Australian Excellence, who offered some additional insight on how the monumental gank went down.

Naturally, there were a few salty commenters.

In addition, I'm now in a position to declassify the post-gank information EVEmail that Australian Excellence sent to the jump freighter pilot shortly after the 331 billion isk kill. 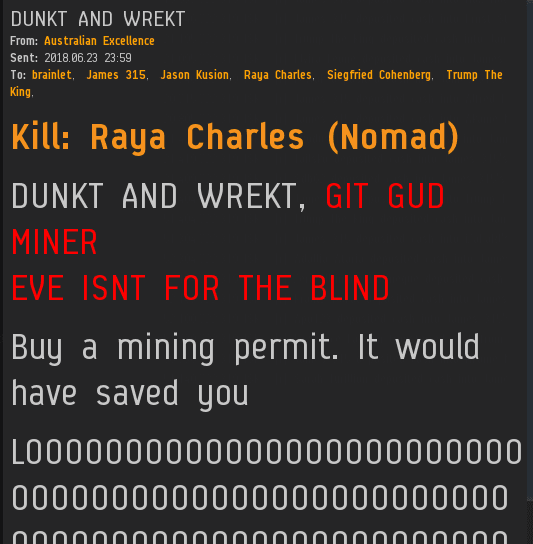 Hopefully the carebear will take heed and accept the constructive criticism in the spirit with which it was offered. Then again, gank recipients aren't known for being good sports--another thing they could learn from our Agents.
Posted by MinerBumping at 18:12