The Center for Advanced Bumping, Part 1

Agents of the New Order are celebrated for their innovation and adaptability. But did you know that bot-aspirant carebears are capable of evolving, too? It happens so slowly, though, that it's difficult to detect. 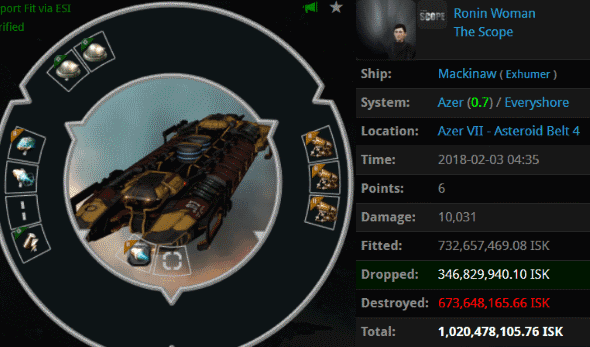 Ronin Woman was addicted to bling. She didn't invest much time or thought in her Mackinaw fits; she simply wanted to spend a bunch of money. Months ago, Agent Guybertini ganked Ronin's billion isk Mackinaw. 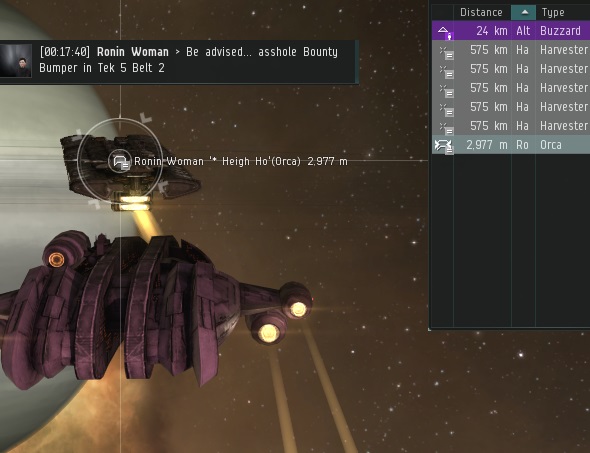 Ronin adopted the new bot-aspirant meta of using Orcas to mine with blingy drones. A single set of Harvester Mining Drones can cost 2 billion isk. As Agent Bounty Bumper demonstrated, these drones can be disconnected from their host and confiscated. 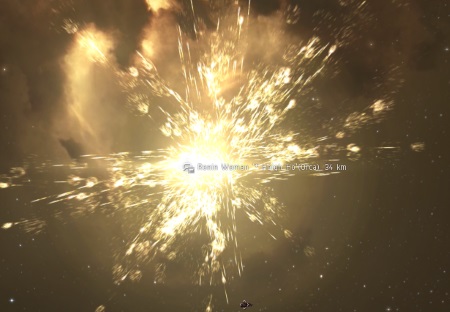 Though capturing the drones--liberating them, really--doesn't generate a killmail, it deals a solid blow for the Code. 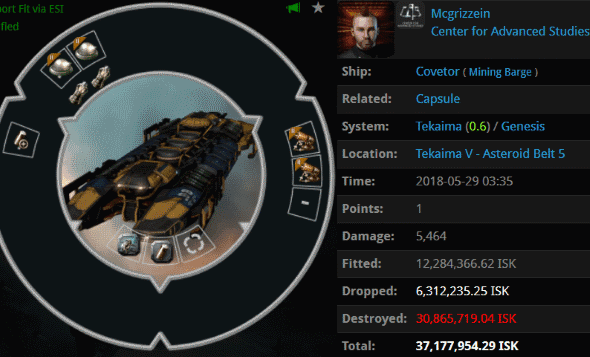 Bounty Bumper enjoys scooping miners' blingy drones, but due to our Agents' commitment to law and Order, miners have been discouraged from using them. That means it's back to ganking miners. 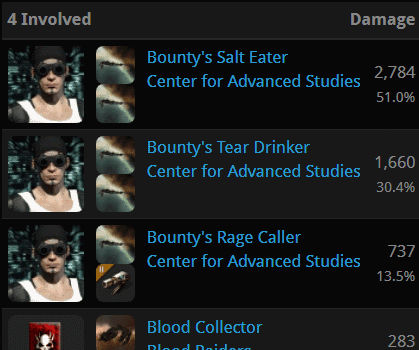 Bounty and friends ganked a miner from the Center for Advanced Studies NPC corp. As a member of the corp himself, Bounty felt a special responsibility to teach a fellow member.

Agent Bounty took a look at the Center for Advanced Studies channel and noticed, by sheer coincidence, that a member who was speaking in the chat was also present in local. Teh Burninator was a true veteran, with nearly a decade in the corp. So what was he doing in highsec with Bounty Bumper?

To his amazement, Bounty saw that Teh Burninator was using a flight of 'Augmented' Mining Drones worth a quarter billion isk. It was kismet!

Teh Burninator complained that he was too poor to afford a replacement set. Down to his last 22 million isk, the miner was averaging an isk/year ratio of about 2.2 million. (Not very good, but he still had enough for a mining permit.)

The Center for Advanced Studies corp chat lit up with activity. If there were any actual newbies in the channel, I hope they were paying attention.

If Teh Burninator was hoping for sympathy from his fellow CAS members, he was surely disappointed. The other players in the channel discussed the incident with cold, intellectual detachment. They treated Teh Burninator's personal tragedy as an academic exercise.

Even after so many years, it seemed CAS still had something to teach Teh Burninator.