I hope you're still feeling energized from yesterday's Code Day celebration. Because, my friend, the party's just getting started. You'll see what I mean. From the week of June 17th @ 00:00 EVEtime through June 23rd @ 23:59 EVEtime... 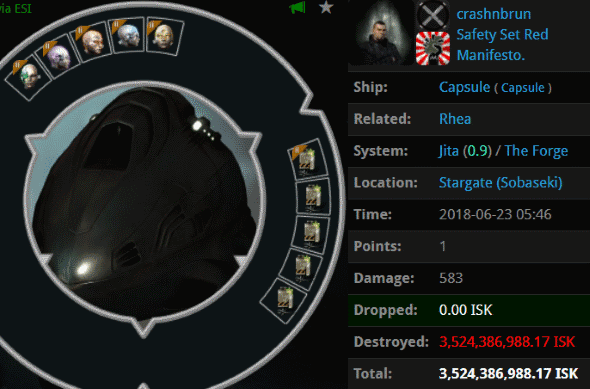 KILLMAIL
crashnbrun crashed and brunned in a 10 billion isk jump freighter in Jita and then got himself smartbombed by Agent brainlet--adding another 3.5 billion isk to the butcher's bill. 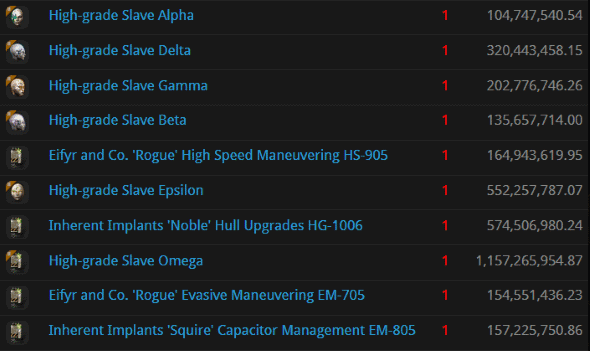 I could talk about these implants, but I know you're still preoccupied with a burning question: Why are we starting this post with a pod kill? Yes, it's highly irregular, and yes, something is up. We must read on. 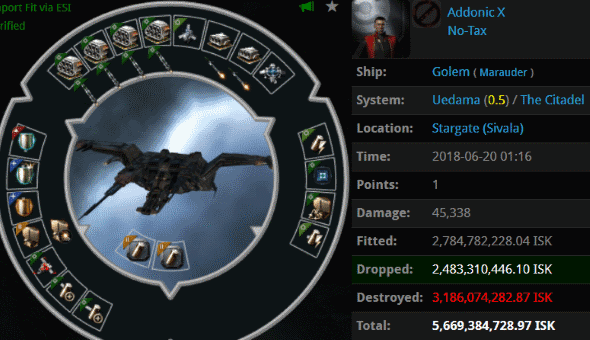 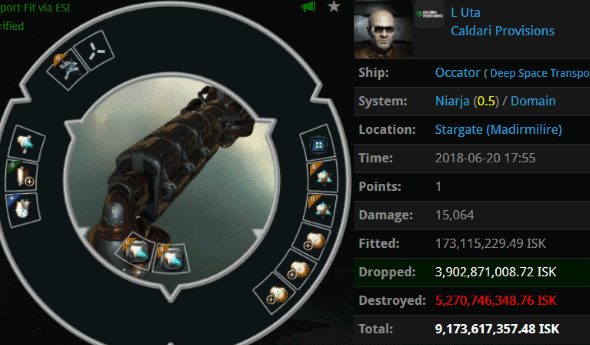 KILLMAIL
L Uta lost 9.1 billion isk while trying to autopilot through Niarja. His Occator fit is a strange one. But I suppose there's no guide book on how to lose a bunch of money in a Deep Space Transport; it's done solely by instinct. Agents Alarik Maleus, Pazzesqo, Nam Plau, kali laska, Votre Dieu, Lovchi, Vulpeculla, Sil Ver, and Bastian Mart obeyed their own instincts by incinerating the carebear. 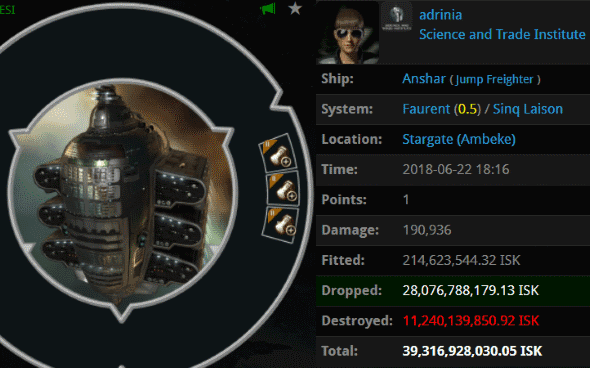 KILLMAIL
Now we're getting down to it. adrinia threw away a staggering 39.3 billion isk by forgetting to purchase a 10 million isk permit. She was punished for her crime by Agents Narl' Amhar, Zont Shooter, Lovchi, Pazzesqo, Alarik Maleus, Nam Plau, Bastian Mart, kali laska, and Sumail Serine, who executed this gank in a truly unusual manner. 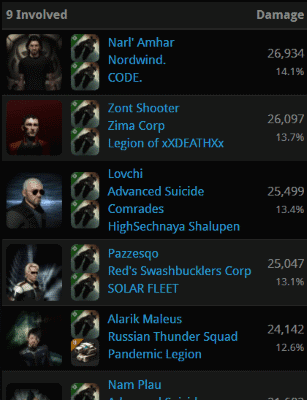 The New Order's Russian contingent used a fleet of gank Vindicators. Why? Two reasons: First, because they could. Second, because carebears in jump freighters deserve to die. 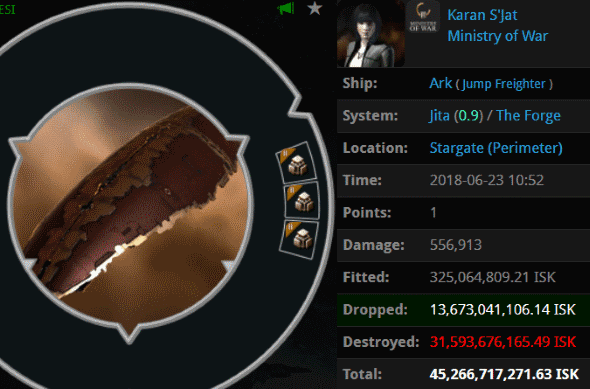 KILLMAIL
Karan S'Jat should've known something was terribly wrong when she was surrounded by a massive gank armada of just over 50 ships, including countless Taloses. To be honest, though, she was probably far, far away from her keyboard at the time. Now, before I list the names of the members of the gank armada, I want to say something else about warning signs. Have you noticed that each kill featured so far has increased in value? Karan's Ark was worth 45 billion isk. We still have one kill to go.

The other thing is, Karan's jump freighter--a triple-bulkheaded jump freighter, mind you--was ganked in Jita. Earlier in this post, I mentioned that crashnbrun's pod was popped in Jita after he lost a jump freighter there. You see, our Agents made a surprise attack on Jita's freighters and jump freighters this past week. As usual, the bot-aspirants were taken completely by surprise. The level of carnage was almost indescribable.

With Code Day 2018 just minutes away, this happened: 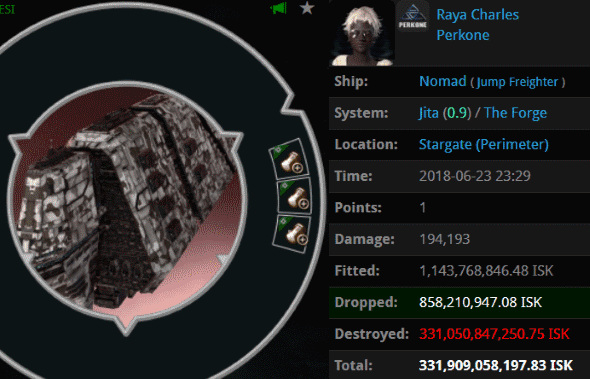 KILLMAIL
Go ahead, take a moment to read and reread the isk value on Raya Charles's jump freighter. That's not a typo or a zKillboard valuing error. That's a 331.9 billion isk kill. And it's all thanks to the Code.

Four faction Fortizars were being carried in that ship, and now they're gone. As you can imagine, this kill has generated a lot of buzz throughout New Eden, and the word on the street is that the faction Fortizars were owned by Triumvirate. or possibly some other nullsec group. To Raya Charles, Triumvirate., and anyone else who would dare set foot in our precious highsec without permission:

Welcome to Jita, owned and operated by the mighty CODE. alliance.

Agent Trump The King created some artwork to commemorate the extraordinary kill: 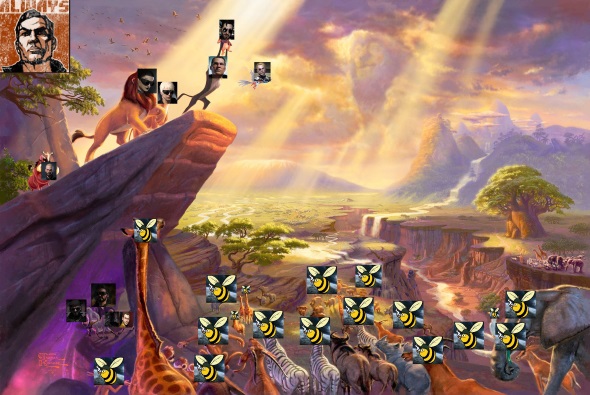 Click here for full-size version
Posted by MinerBumping at 18:04