Previously, on MinerBumping... Something was rotten in Harmony Order corporation. Agents Aiko Danuja and Viirilithizu Ward investigated the corp and found sure signs of bot-aspirancy. After initially cooperating with the investigations, members of Harmony Order went silent.

By order of their "leadership", Harmony Order members began to stonewall our Agents. They were under strict instructions not to communicate with anyone from the mighty CODE. alliance. 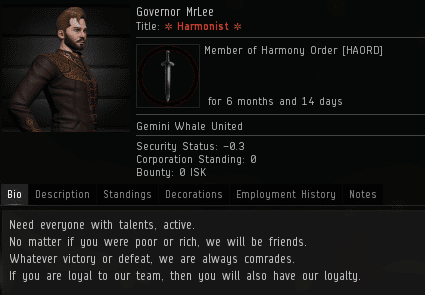 When they spoke at all, the miners referred our Agents to Governor MrLee, the inscrutable CEO of Harmony Order. 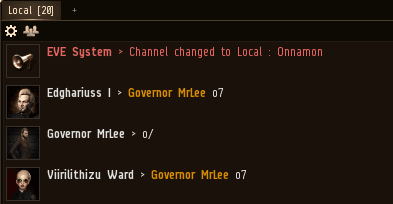 Viirilithizu went to Harmony Order HQ, where she found Governor communing with the local carebears. Even if Governor didn't read his mail, our Agent was surely able to send a message to him here.

Agent Viirilithizu addressed her words to Governor in local chat, where all could read them. As anticipated, Harmony Order maintained absolute silence once they realized a CODE. member was in local.

There were multiple criminal probes looking into Harmony Order and its members. This was no secret, and wasn't intended to be.

Upon the conclusion of our Agent's message, local chat remained dead. Consistent with Harmony Order's policy, no one dared to say a word until Viirilithizu left the system. 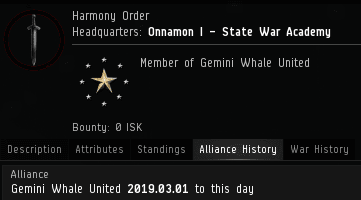 As it happened, Harmony Order was in the middle of a special project. The corp was about to join Gemini Whale United alliance. As soon as the transaction was consummated, our Agents took note. Viirilithizu felt it was her duty to ensure that the alliance knew about Harmony Order's legal status, if the corp had not already disclosed that information. 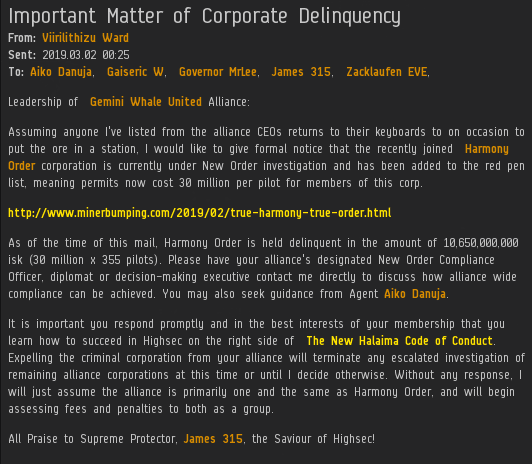 Harmony Order's decision to join Gemini Whale United was important for another reason: The alliance had structures. That made it eligible to be wardecced. Hopefully it wouldn't come to that.

In a matter of minutes of sending her EVEmail to the alliance, our Agent was contacted by someone named Rose Alisan. 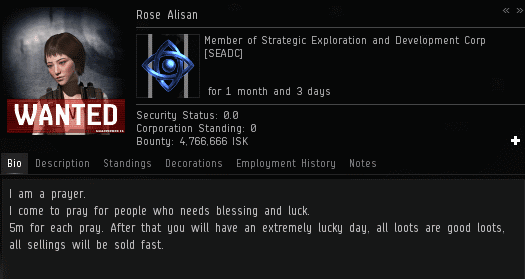 Rose was an odd duck; she wasn't a member of Gemini, but she had read the EVEmail. And her bio was sketchy, to say the least.

Rose had one thing going for her, though: She was apparently authorized to speak with Viirilithizu. The code of silence did not apply to her.

Rose didn't waste any time. She attempted to lay the groundwork for negotiating Harmony Order off of the Red Pen list. Our Agent deduced that this sudden chattiness was prompted by the new danger of a wardec from CODE.

Diplomacy is a fine thing, but the Code trumps all. From everything Viirilithizu had seen thus far, the culture of Harmony Order was incompatible with civilized life in modern highsec. Was war inevitable?