Previously, on MinerBumping... Almost immediately after Harmony Order corporation joined Gemini Whale United alliance, they began to regret it. The possibility of a war with the mighty CODE. alliance forced Harmony Order to open diplomatic channels. Yet this was not enough to prevent war.

Although our Agents were able to sell some mining permits to Harmony Order, the isk they received was not enough to bring Harmony Order up to a sufficient level of Code-compliance. War was the only option. 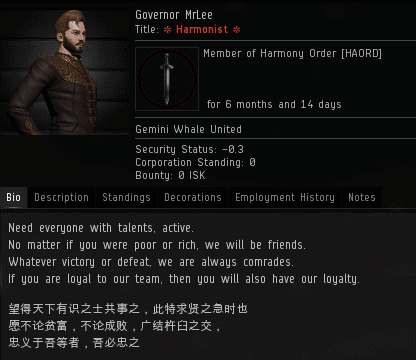 In less than 24 hours, war would begin--and bring all of its horrors with it. During this critical period, Harmony Order CEO Governor MrLee remained silent. As ever, he was utterly inscrutable.

Then, at the last moment, Agent Viirilithizu Ward spotted him.

But the CEO did not answer. Moa time. 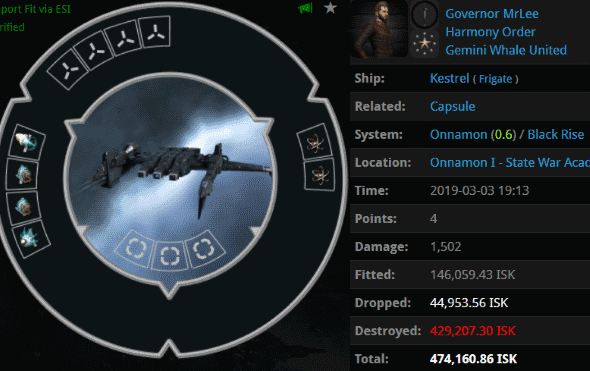 Viirilithizu ganked Governor's Kestrel. The Harmony Order leader was totally unprepared. The war hadn't started yet, but our Agents are more than capable of shooting Code violators at any time. 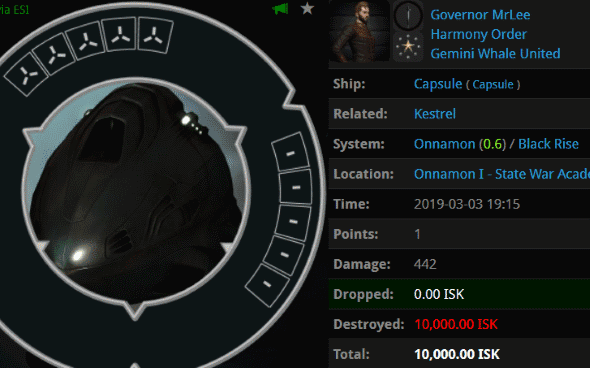 Would this qualify as a "headshot"? 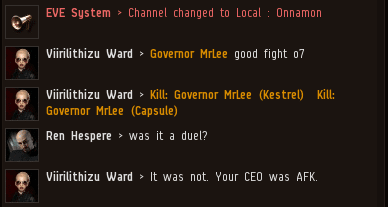 It was a target of opportunity. And no one takes better advantage of opportunities in EVE than the Agents of the New Order. Now, with Harmony Order's CEO suffering a humiliating defeat before the war even began, would anyone be willing to fight CODE.?

When the wardec went active, everyone in Harmony Order quickly scurried into their holes. Well, almost everyone.

It's true that CODE. only fights when we know we'll win. To be fair, though, we always win, and we always know it. Always!

King Kong Moose was brash and boisterous. Yet Viirilithizu became intrigued by this unruly member of Harmony Order who refused to obey his own corp's policy about not talking to CODE.

Without the Code, however, pride can only precede a fall.

Previously, our Agents set up some secure containers near Harmony Order HQ to remind them of the Code's power and authority. To the rebels who lived in the area, those containers became a symbol of oppression. 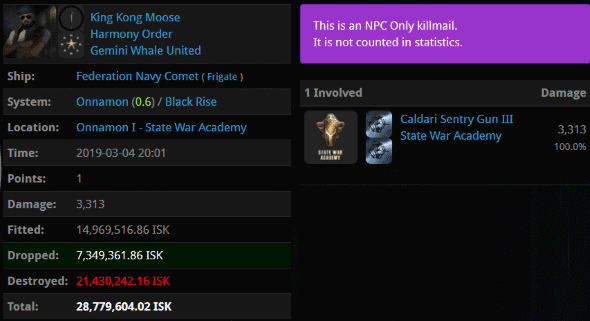 Defiant, King Kong Moose suicided a frigate in an unsuccessful attempt to destroy the containers. Viirilithizu was astonished by the deed. But the madness of war had only begun to take its toll.