Previously, on MinerBumping... Harmony Order corporation's inability to obey the Code brought war upon its alliance, Gemini Whale United. As the wardec went live, one member of Harmony Order sought to break free from the Code by attacking a container. 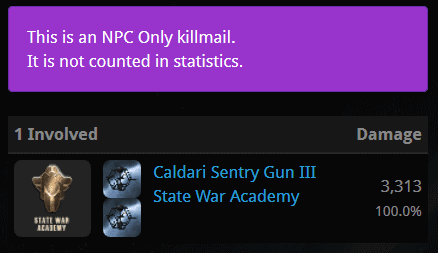 The corp's CEO had already been ganked in the hours prior to the wardec. Now, King Kong Moose became the first casualty of war.

Originally, King had hoped to engage in a duel with Agent Viirilithizu. But because CCP has so far failed to remove faction police from the game (even though it's obviously a good idea), dueling a member of the mighty CODE. alliance is not always so simple.

King's impatience led him to commit the reckless act of trying to shoot a container. If he still sought to take up arms against CODE., he'd need to buy a new ship.

One ship loss would not be nearly enough to teach King the error of his ways.

But there was another unintended consequence of the ruckus King was creating in local: He was drawing the attention of other members of Harmony Order. The entire corp was still under strict orders not to speak with Agents or feed them kills.

Therefore, King was in defiance not only of CODE., but his own corporation, as well. The spectacle fascinated the Harmony Order members. They, unlike King, maintained their silence.

For whatever reason, King was confident that he could prevail, regardless of the ships used in the duel. Despite being heavily outnumbered in Harmony Order's HQ system, Agent Othya was willing to engage King in open combat at a prearranged location. The Code always wins, after all.

Othya and King met at the system's star. Our Agent chose to bring a Black Ops ship. At first, it appeared as though a gang of Harmony Order members might have been organizing an ambush. No such luck. Everyone but King was unwilling to undock. An actual 1v1 ensued. 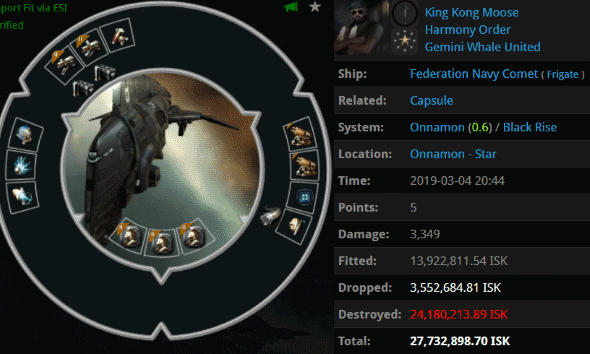 ...And King lost another of his Federation Navy Comets.

It was exactly the result that Harmony Order's "silent treatment" policy was intended to prevent. By remaining docked up and quiet, they hoped to bore CODE. into submission. Unfortunately, this had the effect of boring their own members--something King was not willing to tolerate. 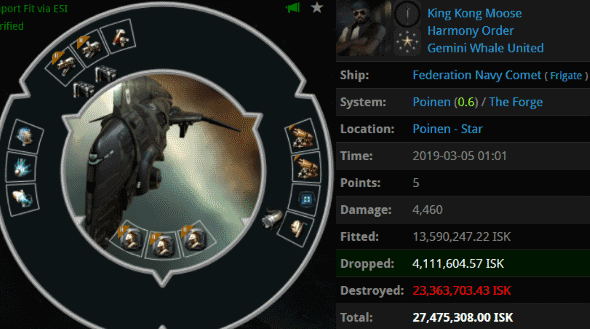 A few hours later, he tried again. He lost another Federation Navy Comet, this time in a duel with Agent Ralliana's Brutix Navy Issue.

The wardec was only getting started, and Harmony Order's strategy was already an unmitigated failure. Could they adapt, or would the war lead to disaster?