Previously, on MinerBumping... Harmony Order corporation found itself in a disastrous conflict with the New Order. Only King Kong Moose was willing to fight anyone from the mighty CODE. alliance, but his duels resulted in repeated deaths. Meanwhile, other members of Harmony Order were also getting ganked. 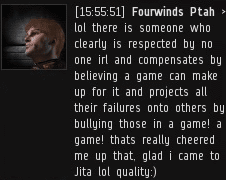 Generally speaking, there are two types of EVE players: Those who think the object of the game is to grind isk without interference from "bullies", and those who understand that EVE is a spaceship combat game. Because King Kong Moose was willing to engage in combat, Agent Viirilithizu Ward decided that he ought to lead Harmony Order. 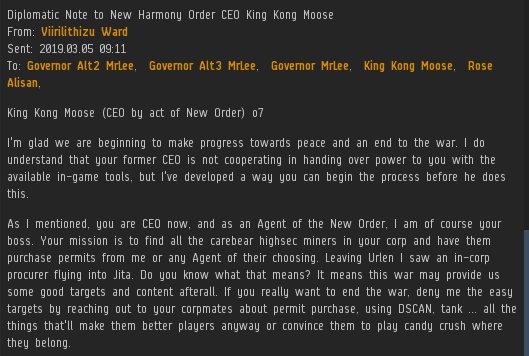 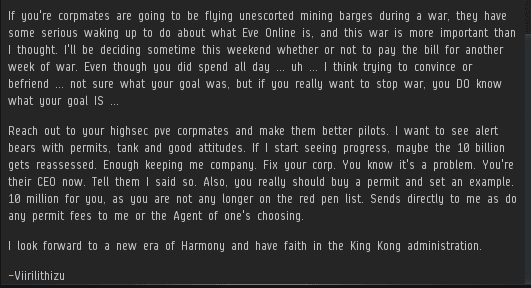 Our Agent also coached her opponents on how best to make the war a fun experience for all. 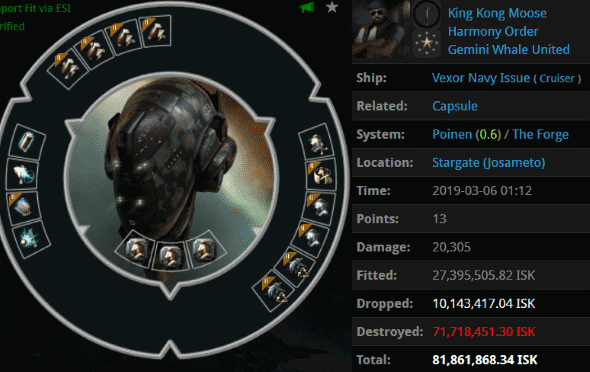 As we saw in the last part of this series, members of Harmony Order ended up on the receiving end of multiple ganks--despite Viirilithizu's advice. Meanwhile, King resumed his attempts to fight. He upgraded from a Federation Navy Comet to a Vexor Navy Issue, but Agents Ralliana and Luna Nightblood still bested him.

"But James 315," says the rebellious carebear. "Two against one isn't fair odds! Your Agents have no honour!" 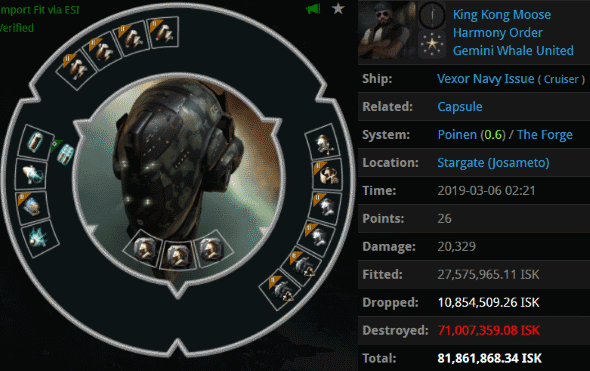 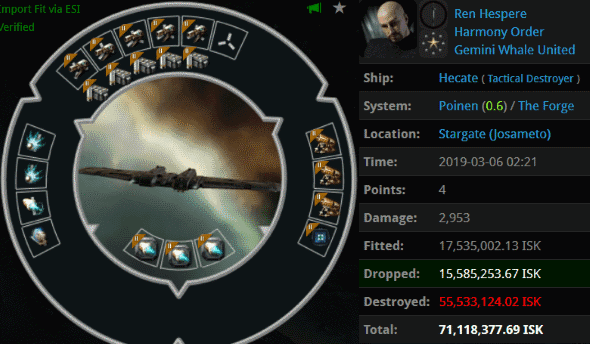 In the next battle, King persuaded a friend to come along. Both members of Harmony Order were defeated by Ralliana on her own.

So, carebear, do you still think two against one isn't fair odds? 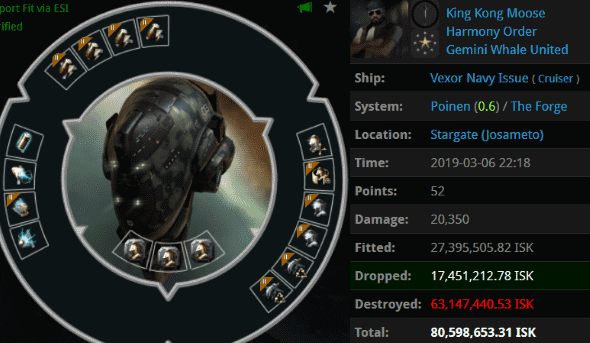 Later, King asked Ralliana for a rematch. Once again, the New Order was victorious. 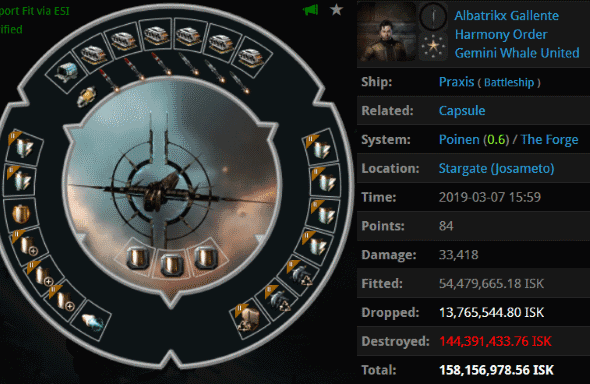 King wasn't the only one to die during the wardec, of course. Whenever someone from Harmony Order couldn't resist undocking, they suffered the same fate. 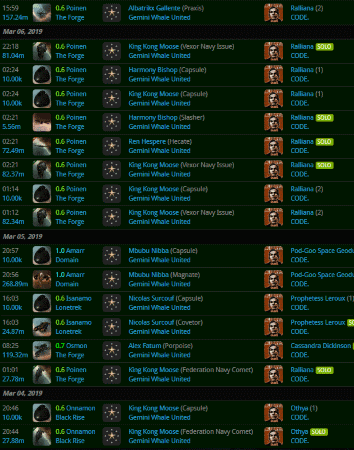 So far, things weren't going well for Harmony Order. In fact, the war was completely one-sided, with CODE. winning each and every engagement.

Because his corp's leaders were silent, and because he felt like it, King responded to Viirilithizu's EVEmail from earlier. Then he geared up for another battle. This time, he spent a bit more isk on his Navy Vexor fit. 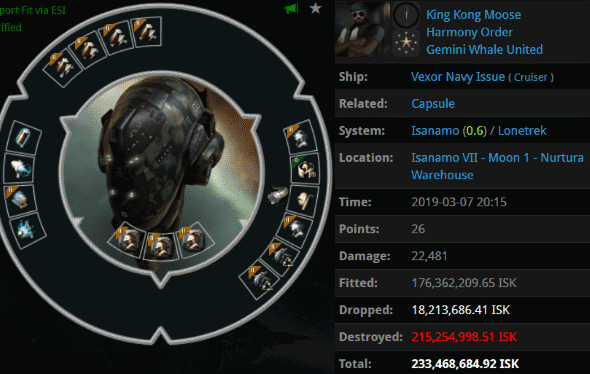 Nevertheless, he did not have the Code on his side. Agent Othya's Sin destroyed yet another of King's ships.

Just when it seemed that King would never give up, our Agents learned that he was no longer a valid war target. He wasn't in Harmony Order! Much speculation followed: Had he been kicked out of the corp for intentionally participating in EVE instead of remaining docked up?

King confirmed that he had indeed been expelled from the corp. But he still wanted to play the game... 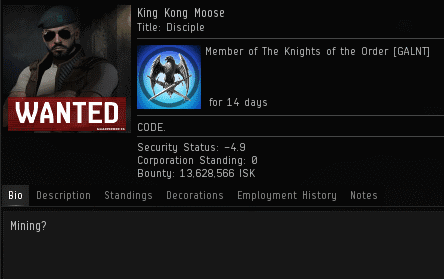 But would Harmony Order really become stronger without its only committed PvP'er?