Over One Trillion Seven Hundred Forty-Nine Billion in Shares Sold

As you've probably noticed, the Code makes highsec sparkle. Today, highsec's sparkles were a little brighter and sparklier. Let's find out why.

Pyori Aldronov joined the shareholder club with a purchase of 1,000 shares. This brought our great effort to the 1,747 billion isk mark and earned Pyori a Supreme Protector's Tip of the Hat™. 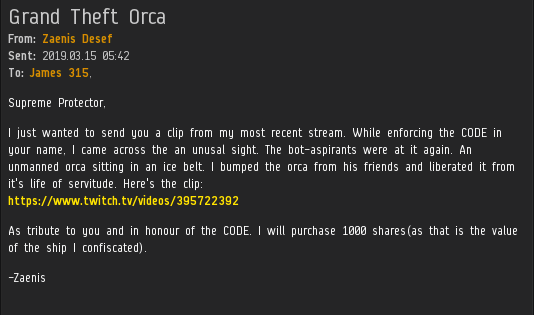 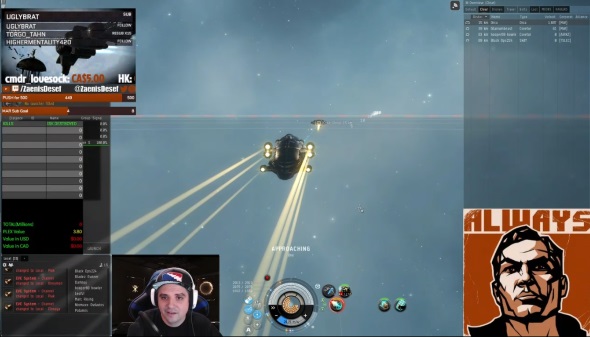 And the shares! Zaenis Desef purchased 1,000 additional shares, taking us past the 1,748 billion isk mark and earning him a Supreme Protector's Tip of the Hat™, too.

Shall we go for one more?

Nakapai purchased 1,315 shares. You know what that means: We've reached the 1,749 billion isk mark. Nakapai earns a Supreme Protector's Tip of the Hat™ of his own.

Click for full-size version
In his first piece, the artist draws our attention to a few of the Code enforcer's basic tools. Unlike the bot-aspirant carebears, who mindlessly repeat the same task over and over again, a Code enforcer creates a totally unique masterpiece with each act of Code enforcement. The carebear can only watch--in a state of absolute jealousy. He says, "You Agents do the same thing repeatedly, too." Yeah, in the way that Leonardo da Vinci just "created stuff" every day. 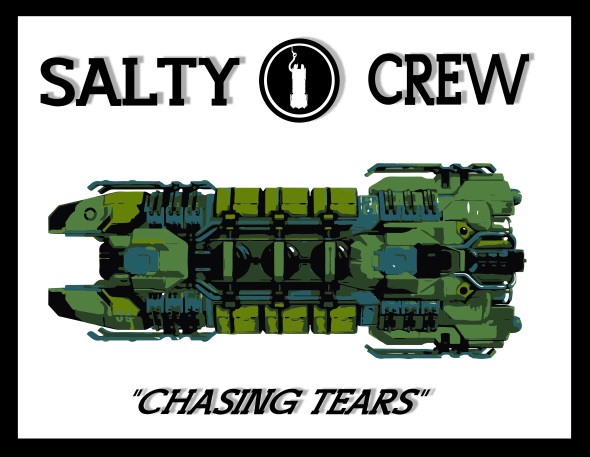 Click for full-size version
This piece speaks for itself. Pop quiz, gankers: Does this depict a Retriever, Covetor, Procurer, Mackinaw, Hulk, or Skiff?
Posted by MinerBumping at 18:01