Carebears, I've told you that violating the Code is expensive--that it will cost you dearly. Did you listen? Well, if you're obeying the Code, you're probably doing very well in highsec these days. Otherwise, your precious bling is going boom. And this week, March 3rd @ 00:00 EVEtime through March 9th @ 23:59 EVEtime, a lot of expensive bling went boom. 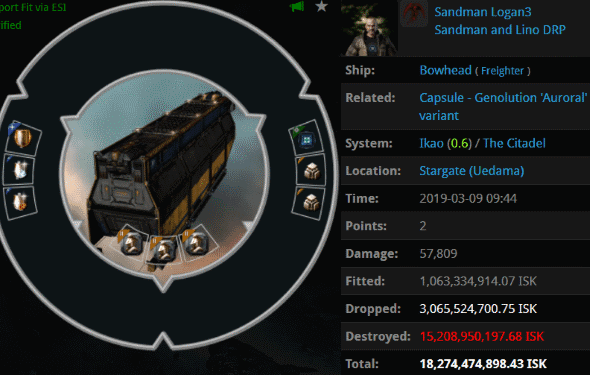 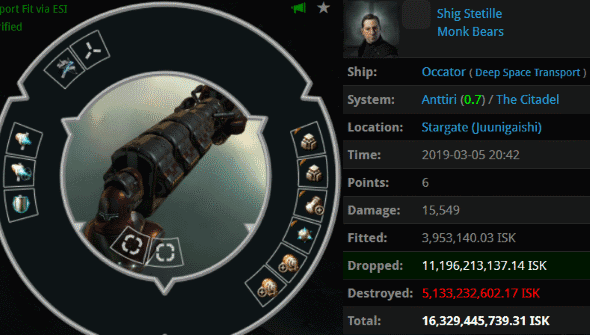 KILLMAIL
And look at this guy, with his 16.3 billion isk hauler. What was he thinking? Shig Stetille got blapped by a trio of Tornadoes, piloted by Agents Narl' Amhar, Votre Dieu, and Astrid Tyrfing. Look at that fit. Sixteen billion isk and he couldn't come up with anything better? Total Goofus move. 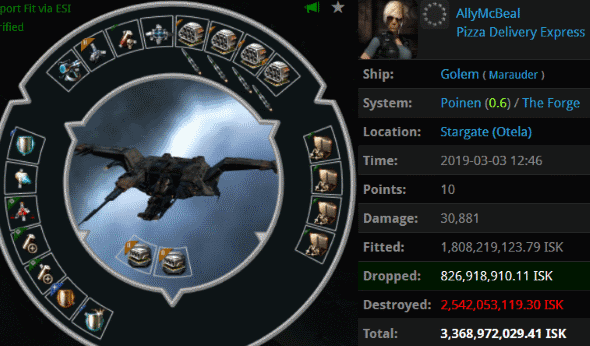 KILLMAIL
AllyMcBeal also got wiped by a group of Tornadoes. Nominally, she had a combat ship, though you can probably imagine that she wasn't at the helm when she was ganked. Agents GimmeCash Maker, Underpaid Ship Mechanic, TroubleShooter Maker, Ralliana, Luna Nightblood, and TroubleStarter Maker noticed the AFK Golem and promptly removed it from the travel lane. 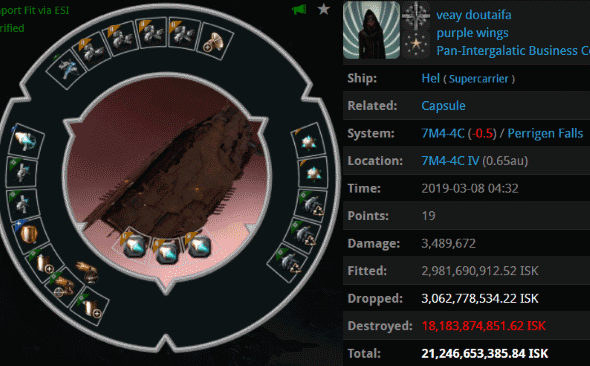 KILLMAIL
veay doutaifa lost a 21 billion isk supercarrier. If he was at his keyboard, he probably didn't think he had anything to worry about. Since when does the mighty CODE. alliance gank people in nullsec? Agents Ji Tian, abkiller Outamon, Velsharoon, Wild Things, Truly God, Casper24, Ithor Omanid, and Vordak Kallager are elite PvP'ers, though. Always pay a CODE. member respect, no matter where in the galaxy you find him. 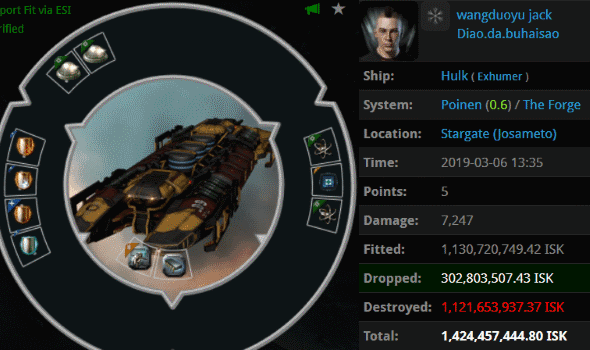 KILLMAIL
It's hard to believe that blingy Hulks are still a thing, all these years later. I suppose someone needs to keep feeding our Agents ORE Strip Miners. wangduoyu jack blinged up and tuned out. Agents Ralliana, Luna Nightblood, and Underpaid Ship Mechanic, on the other hand, were wide awake. They saw clearly and they saw justice done. 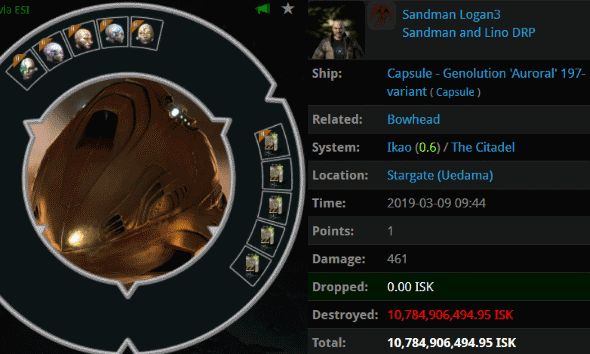 KILLMAIL
About one server tick earlier, Sandman Logan3 lost an 18 billion isk Bowhead. Agent brainlet and his smartbombs made sure that the next server tick would be just as memorable. Yes, dear reader, Sandman lost an astonishing 10.7 billion isk pod. 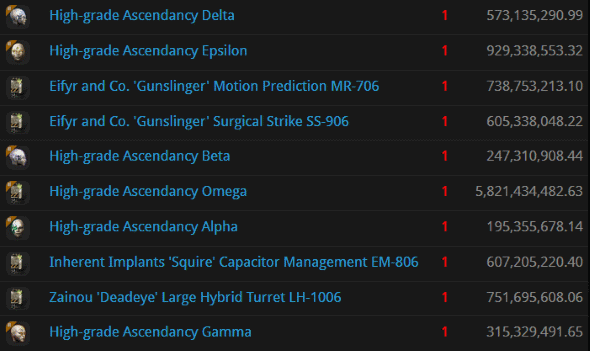 Ascendancy sets seem to be getting more expensive these days--maybe because their owners keep getting ganked. Sandman Logan3 thought he could live a life free from the Code. In the blink of an eye, he lost about 29 billion isk. For the rest of his EVE career, he will be plagued by a profound feeling of regret: Shoulda bought a permit.
Posted by MinerBumping at 18:05