Over One Trillion Seven Hundred Forty-Six Billion in Shares Sold

We're on the road to two trillion, folks. It's happening.

Agent Lewak purchased 1,000 more shares--for reasons we'll explore in a moment--sending us past the 1,746 billion isk mark. Scratch another milestone off the list, and give a round of applause to Lewak for earning a Supreme Protector's Tip of the Hat™. 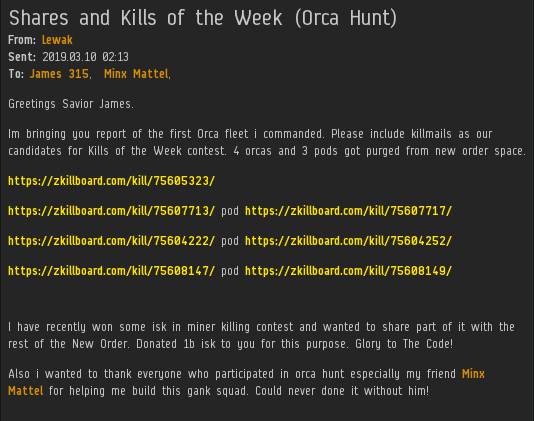 What a hot streak Lewak's been on: Killing Orcas, winning isk from killing other miners, and purchasing shares to help others kill even more miners. Everyone's a winner here--except for the bot-aspirants, who do nothing but fail anyway.

As it happens, the bling-grubbing carebears were losing such expensive ships this past week that none of the Orcas broke into the Kills of the Week post. In our present spirit of celebration, however, there's always room for some honourable mentions: 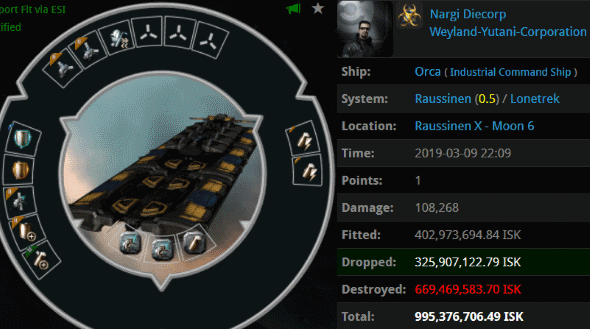 Each fish was fried with antimatter lovingly distributed by Catalysts or Taloses, as the situation required.

And while we're on the subject of honourable mentions... 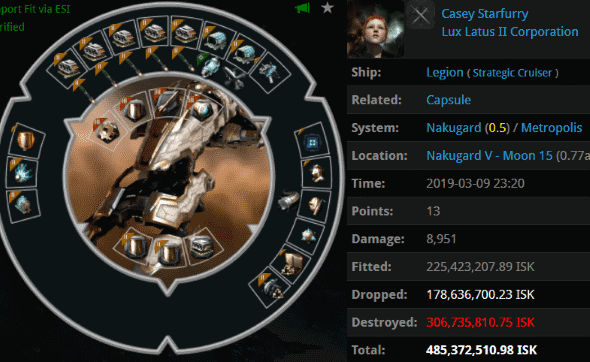 This Legion was certainly a ship capable of shooting back. And, in fact, it did shoot. How do we know? 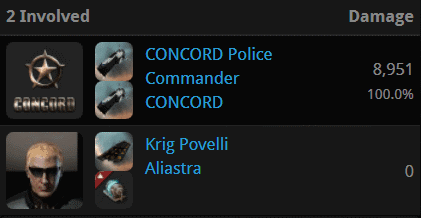 ...Because the Legion pilot got herself CONCORDed. Agent Krig Povelli's battle Orca strikes again!
Posted by MinerBumping at 18:03