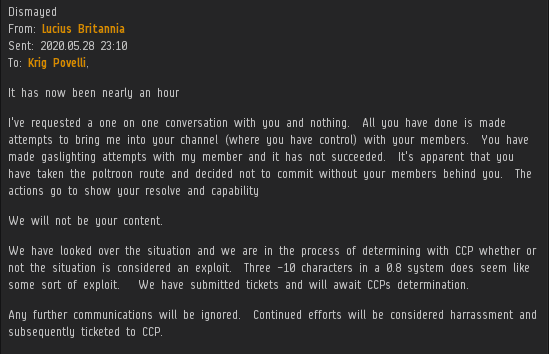 Time for more content! Welcome to the latest edition of the Highsec Miner Grab Bag. 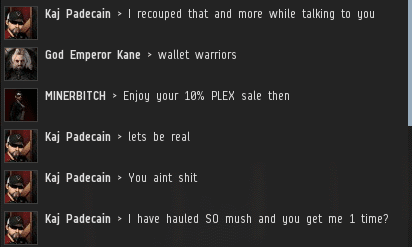 I don't know why carebears complain about being ganked. According to people like Daj Padecain, they actually make money by losing all their stuff.

Lelouch ViBranton sounds like he would be neutral between the fireman and the fire. Sorry, Lelouch, but you're either in compliance with the Code or you aren't.

After losing his ship, Holden Fall invited Agent Dishrag to discuss the matter in person--presumably to engage in violence in-game. Dishrag declined, leaving Holden uncertain of how to proceed:

Of course, Dishrag instructed the miner to simply obey the Code if he wanted to mine. Holden considered this...

Alas, the miner lost his mind again. Which means he'll probably be losing another ship, too. 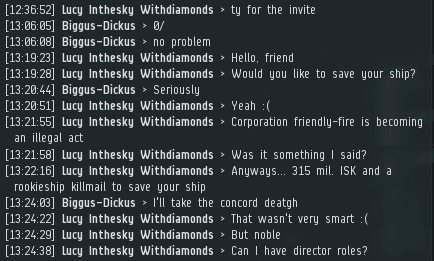 Biggus-Dickus chose to CONCORD his Orca while it was being awoxed. Miners, you should always take a deal when it's offered by an Agent. "my corp is in war with the CODE i think"? Maybe check that out?

In fact, our Agents do the impossible every day. 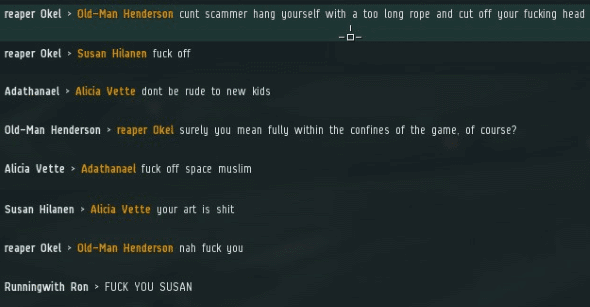 ...A typical afternoon in the "Mining" channel.

What are the odds that this miner washed his hands? 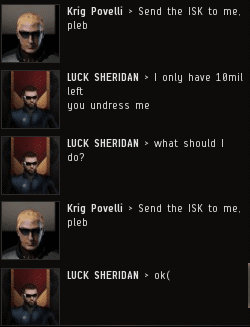 The Code is an unstoppable force. Miners, you can either pay now, or pay later and lose your ship. Our Agents will be standing by to accept your isk once you've finished doing the math.
Posted by MinerBumping at 18:05