Previously, on MinerBumping... aiva naali aka FighterJets GuitarSolo 1000Years had accomplished a ton during his tenure as chief strategist of the Imperium. But what could explain aiva's meteoric rise from random highsec miner to one of the most influential nullsec leaders? Why, his extraordinary personal qualities, of course--which he was happy to talk about. 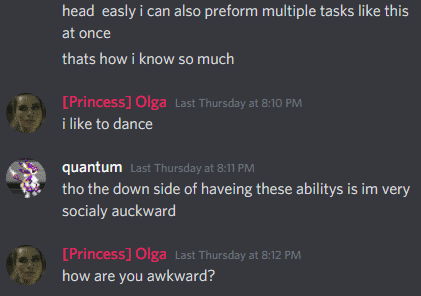 aiva's council was surprised to hear that their fearless leader wasn't perfect. His superpower(s) came at a price.

Then again, maybe aiva was simply being his usual modest self. The council hadn't noticed any awkwardness. 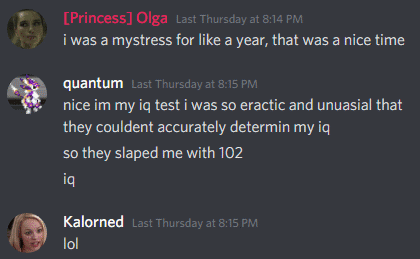 There has never been an intelligence test that can fully measure aiva's remarkable intellect. His brain breaks all the IQ tests. 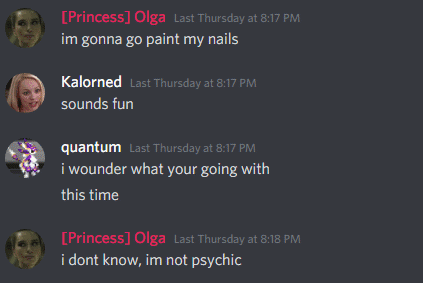 Despite aiva's supposed social awkwardness, he comfortably mingled with his council like they were his equals. He talked about building a nuclear reactor in his garage; they talked about painting their nails. 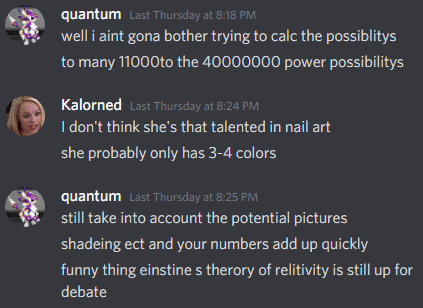 Nevertheless, aiva couldn't resist casually showing off his genius once in a while. 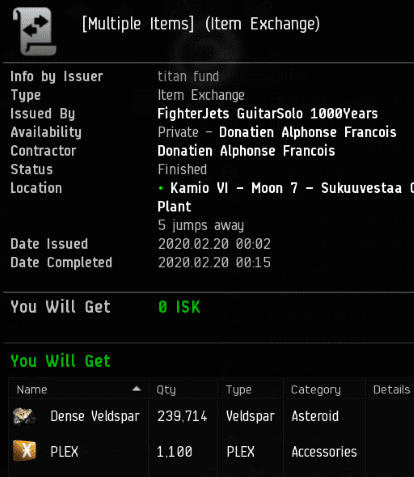 The day-to-day business of running the Imperium didn't consist entirely of ego boosts and chitchat, though. It also required aiva to open his wallet.

aiva funded his special projects with a combination of PLEX and Veldspar. Both sources of income were important. For example, on this occasion he donated around 3 billion isk worth of PLEX and 6 million worth of Veldspar. 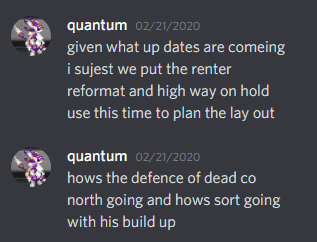 aiva hadn't heard any news about Sort Dragon for a couple weeks. He tried not to let the silence trouble him. It was true that Sort Dragon had betrayed allies in the past. But that didn't mean he was going to sell out aiva. 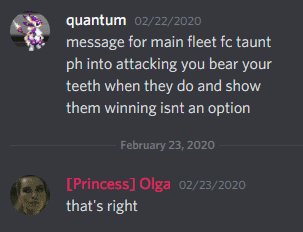 aiva was in a fighting mood. The question, however, was whether anyone else in nullsec felt as passionately as he did. 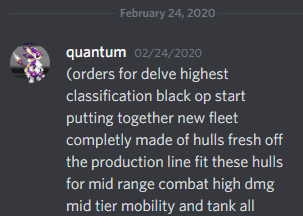 Previously, aiva had theorycrafted long-range and short-range fleet compositions. He hoped to throw Pandemic Horde a curveball with some solid mid-range stuff. 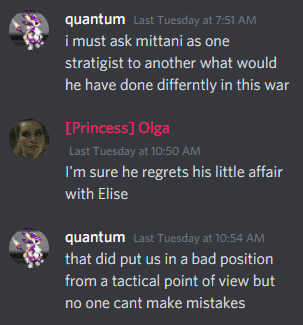 When the war with Pandemic Horde was over and all of nullsec was conquered, aiva planned to compare notes with The Mittani. It would make for an interesting conversation, that's for sure. 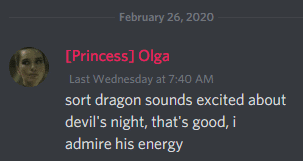 It was on! aiva never doubted Sort Dragon for a minute.