Community Feedback on the Code, Part 1

In an effort to better serve you, the New Order keeps in touch with the highsec community to a ridiculous extent.

I am an expert at reading people. For instance, when runfattyrun Aivoras convoed me, I could tell I was going to be dealing with a complaint, just from the first thing he said. 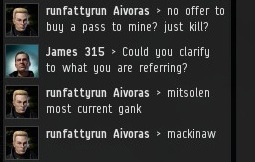 You see that? You don't develop these kinds of skills without being a people-person. 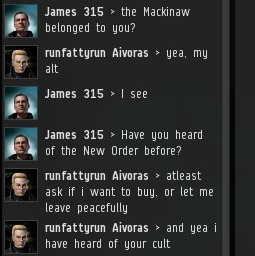 runfattyrun wasted no time with pleasantries. He demanded to know why he wasn't warned before someone ganked him for his Code violation. 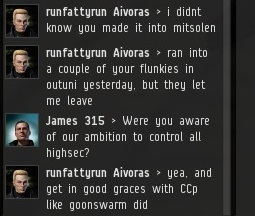 He considered himself keyed into his surroundings, but he didn't anticipate the New Order spreading so rapidly. That's the thing about New Order Agents. We move with such speed that we often outrun the news of our approach. 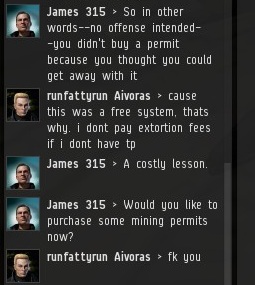 My problem with runfattyrun is that he was completely aware of his obligations under the Code, but he still felt entitled to additional warnings. Shouldn't everyone know by now that the New Order is serious? 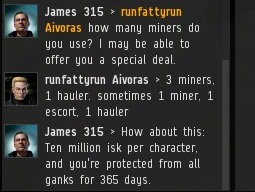 I took pity on runfattyrun, so I was prepared to cut him a break.

This is why stores don't offer their best prices every day. You just don't get any credit for it. 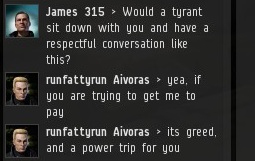 I was stunned by runfattyrun's attitude. Clearly, he had been poisoned against me by enemy propaganda. He assumed I had the worst intentions for highsec. In situations such as these, I try my best to make miners understand the real me as quickly as possible. 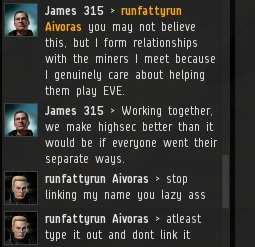 My attempt to de-program the miner failed. Every little thing I did was interpreted in a negative light. 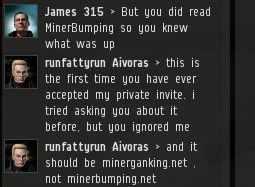 I diagnosed the chief obstacle to runfattyrun's progress: He put the blame for everything on everyone but himself.

Once he had been informed that he was the problem, I hoped we could move on. 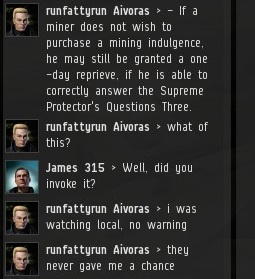 Instead, he dug into the Code and pulled out obscure provisions, twisting them to justify himself. 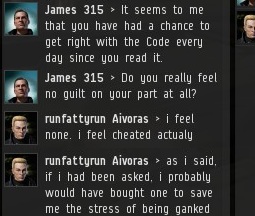 Protip for dealing with hostile people: When they say "If you hadn't done X, I would have done Y", where Y is something good, they're lying. 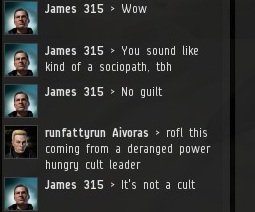 runfattyrun exhibited no sign of remorse. So this is what it's like to deal with a stone-cold bot-aspirant. 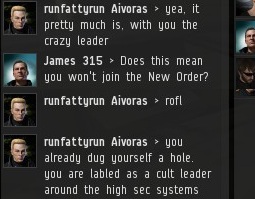 With hopes of a reimbursed Mackinaw and Code revision slipping away, runfattyrun flailed wildly about in anger. He appealed to the community at large, claiming that I am known far and wide as a cult leader.

It was time to get the opinions of the true representatives of the highsec community, so I began inviting trustworthy individuals into the convo.