In the new highsec that we're building, there's no room for division and all the nastiness that comes with it. Everyone needs to be on board. This presents a challenge for all the highsec corps out there: You're either with us or against us. And if you're against us, you lose. 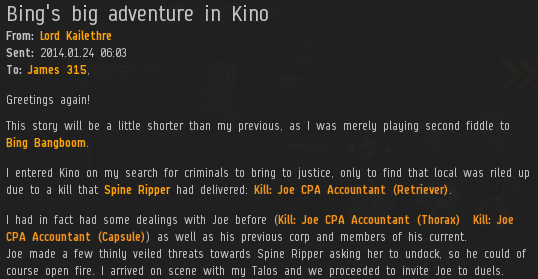 Hot off the presses, Agent Lord Kailethre sent me a report about his and Bing Bangboom's doings in the Kino system. Illegal miner Joe CPA Accountant was getting rowdy after losing his Retriever. 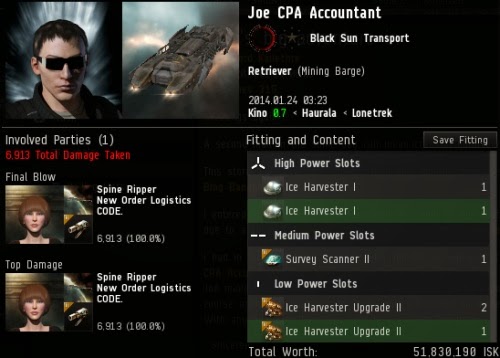 Our heroes decided that Joe needed to be made an example of. Joe was yellowboxing Agents with his Brutix and calling the New Order out. This is not how highsec is supposed to be. As a miner, Joe should have been docile and obedient to his superiors. 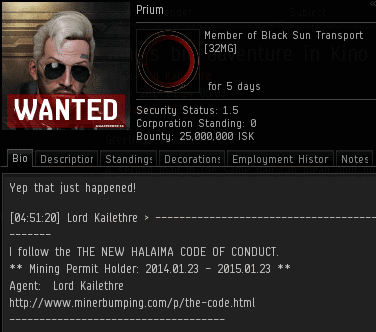 Joe was a member of Black Sun Transport, a highsec mining corp. His rebellious behavior put the rest of his corp at increased risk. Prium, the CEO of the corp, found himself in a sticky situation. He didn't want to make an enemy of highsec's power players. He wanted his corp to remain in compliance with the Code. But Joe was jeopardizing all of that. As it turned out, Joe had apparently caused some trouble before, and someone had earned kill rights on him. To ensure Joe's safety, Prium had purchased the kill right so no one could use it. Now Joe was returning the favor by defying the New Order in public. 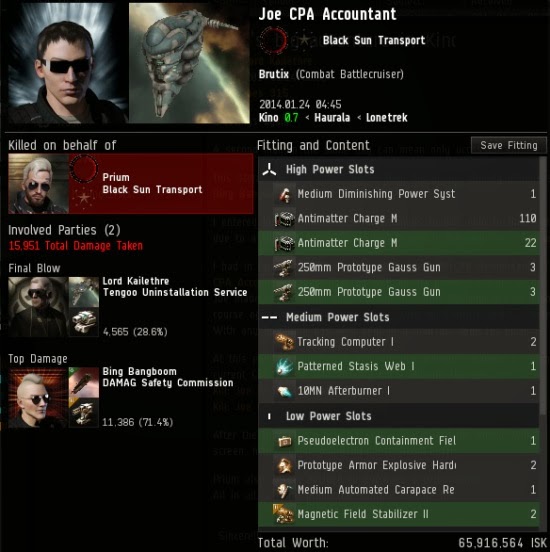 ...So Prium contacted our Agents and gave the kill rights on Joe to them. Yup. So they activated the kill right and destroyed Joe's Brutix. Ten minutes later, Joe finally realized how this happened--and he wasn't too happy about it. 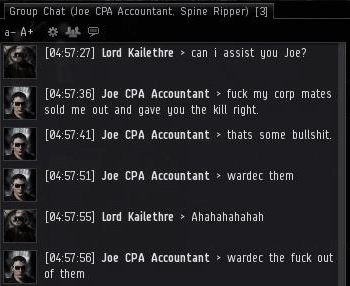 Highsec miners have been split into two camps. Pro-Code and anti-Code. Sometimes that divide cuts right down the middle of a mining corp. 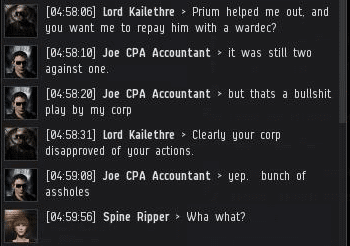 Joe became a miner without any loyalties. He still opposed the New Order, but now he hated his corp for what they had done. 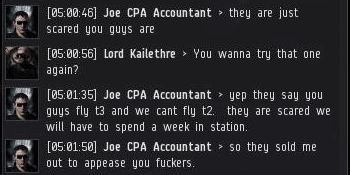 Fearing a wardec, the corp sacrificed Joe and handed him to the New Order on a silver platter. Before anyone reads Joe's comment about his corp not being able to fly tech II and accuses us of bullying newbies again: Prium, the corp's CEO, is a 2004 character. Some of the "newbies" in that corp have been playing EVE longer than I have. 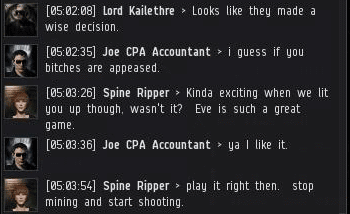 Joe condemned his corp for complying with the Code. Yet Joe himself proved why it's a good idea to bend to the will of the New Order. His resistance simply resulted in another dead ship. 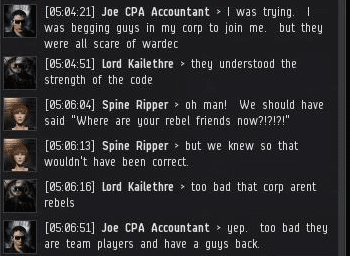 The Agents of the New Order approved of the rest of the corp's decision to purchase mining permits. Joe was the only one not willing to go along, yet he accused everyone else of not being "team players". Carebear logic. 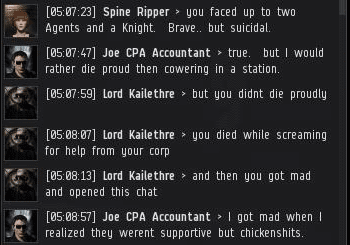 To his credit, Joe seemed interested in combat. The only problem was that he wanted to fight for the wrong side. Highsec residents who like to fight should join the New Order. 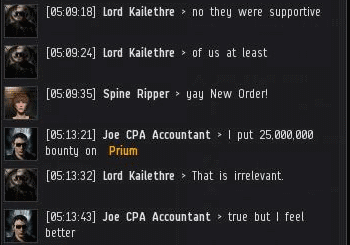 It's not every day that a miner puts a bounty on his own CEO. He knew it was useless, but throwing away 25 million isk made him feel better. He must be a great accountant. If he really wanted to feel better, he should have given his CEO a 15 million isk bounty and spent the rest on a shiny new mining permit. Or perhaps he should've skipped the bounty part altogether and purchased some New Order shares. 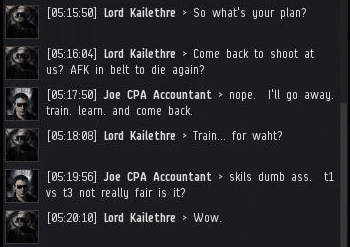 Agent Kailethre wanted to hear Joe's master plan, now that he'd cut ties with his corporation. Joe vowed revenge. He promised to "go away, train, learn, and come back". I believe the part about going away. I also believe his character's skill points will increase. As for the rest of it, I'm not so sure.
Posted by MinerBumping at 20:26