You won't want to miss today's edition of Kills of the Week, highlighting notable carebear kills from the week of January 12th @ 00:00 EVEtime through January 18th @ 23:59 EVEtime. 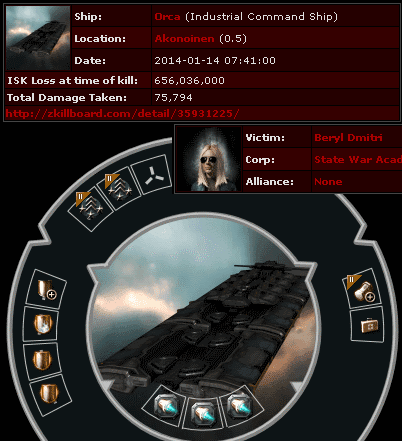 There's a rumor going around that if you put a Damge Control Unit on your Orca, you can't be ganked. Beryl Dmitri heard that rumor and believed it. Unfortunately for Beryl, there were 12 Agents of the New Order who hadn't heard the rumor: Vic Jefferson, Victor Von Vyvorant, loyalanon, bigbud berito, Schlampa, Sophia Soprano, UICIDE, Killowatt Nearl, Dillon Hawk, Joshai, ElectroniK VeroniK, and Cadica Do'Urden got together and knocked the Orca out of the sky.

Time to try a mining permit? 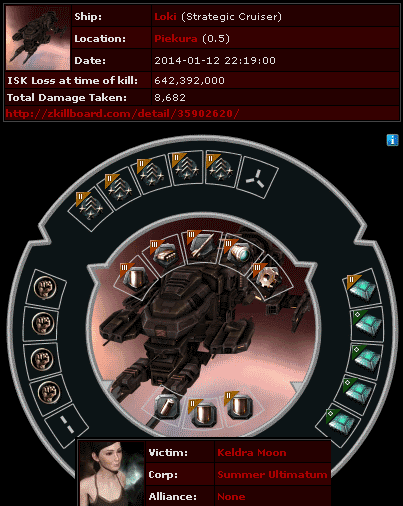 Keldra Moon put together this jaw-dropping Loki and went AFK, presumably to weep from guilt over the monster she'd made. Agents loyalanon and Sophia Soprano reported to the scene and put the Loki to death. It did not belong in this world. 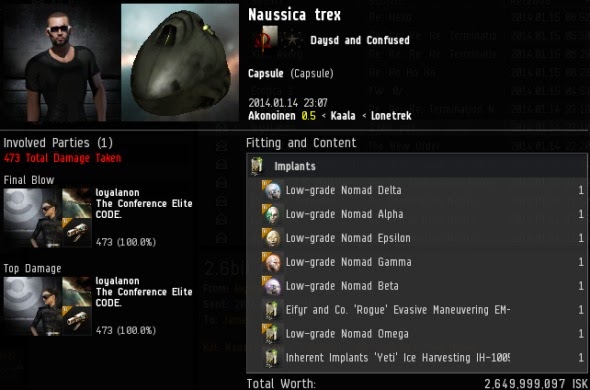 Naussica trex was happily mining AFK in a Hulk in a 0.5 system. Agent loyalanon reminded Naussica of the consequences of violating the Code, and reminded him again by podding him. When Naussica finally woke up, he had this to say:

Once again, a miner wants us to believe he was only guilty of being a loving parent. I'd sooner believe a dictator who says his weapons manufacturing facility is really an orphanage. If you truly care about your children, you don't need to be paid for your child-caring time in illegal ore. 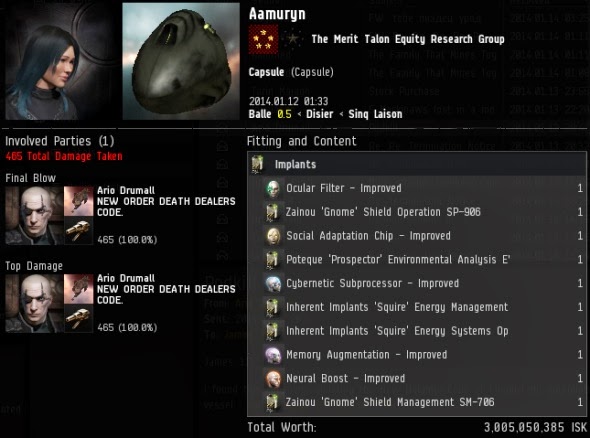 Aamuryn lost the Pod of the Week when got smashed by Agent Ario Drumall. Aamuryn was autopiloting. Wherever she was headed, she didn't get there. Unless her clone was set for her destination, in which case she spent 3 billion isk on a ticket for the pod express. 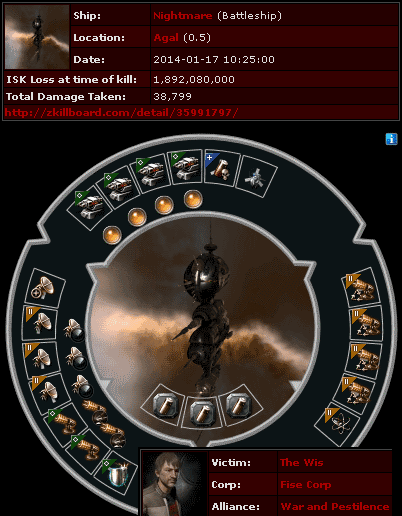 The Wis is a carebear who watches over his army of miner alts in a fail-fit Nightmare, a faction battleship. The Nightmare had a lot of sensor boosters, but they didn't boost The Wis' common sense one bit. It only took seven brave Agents to kill him: loyalanon, Quinn Barviainen, UICIDE, Schlampa, Vic Jefferson, Sophia Soprano, and Ario Drumall.

An expensive loss, but Ario still had a taste for expensive pods... 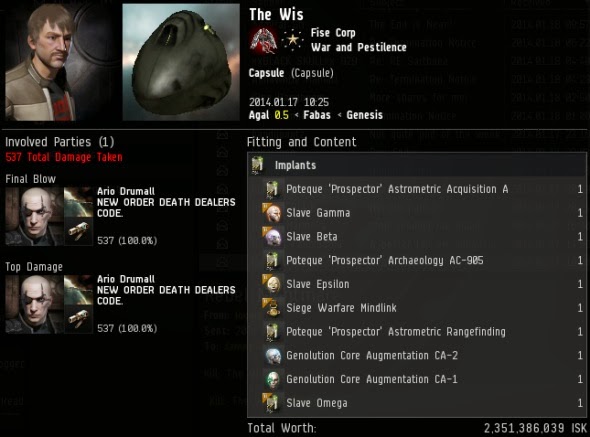 Blammo! The detonation of The Wis's implants, along with the Nightmare, set him back more than 4 billion isk that day. They say revenge is a dish best served cold, but justice tastes sweet at any temperature.

Okay, okay. The elephant in the room is that The Wis was the same carebear whose epic tears were shared at Fanfest 2012 during The Mittani's CCP-approved Powerpoint presentation. A memorable incident occurred after the presentation, and some other things happened a few days later. All that aside, The Wis is in good health and I'm sure he would be the first to congratulate our Agents on a fight well fought. I look forward to the day that The Wis joins the ranks of the New Order and multi-boxes 50 Catalysts.
Posted by MinerBumping at 21:07