If you're a carebear and you're on the fence about getting a New Order permit, then you've come to the right place. Every kill featured this week is a Goofus. You don't want to be like the carebears you're going to read about today. Here we go: Kills of the Week for January 5th @ 00:00 EVEtime through January 11th @ 23:59 EVEtime. 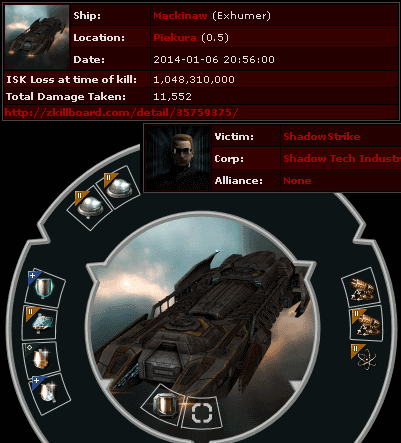 ShadowStrike sounds like the name of a deadly ninja assassin or something. Close, but not quite--he's a highsec miner. No doubt ShadowStrike had greater ambitions when he first started playing EVE. Agents loyalanon and Sophia Soprano sought to rekindle those ambitions when they blew up his 1 billion isk Mackinaw and a 1.2 billion isk pod. Let's hope it worked, because the whole "blingy miner in a 0.5 system" thing isn't cutting it. 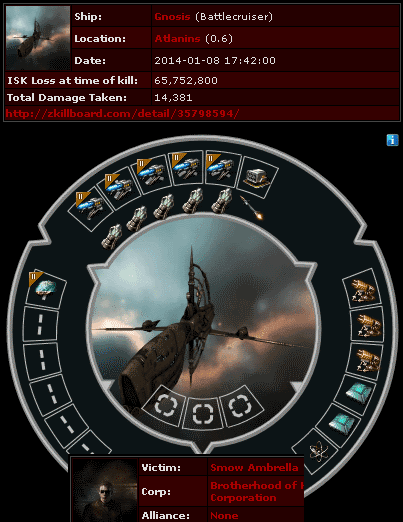 If killmails could talk. "No! Look away, I'm hideous!" is what this one would say. Smow Ambrella's mining Gnosis was vomit-inducing. Agents Quinn Barviainen and PanzarPanda held their noses and dealt with the creature. Smow Ambrella didn't say anything until he was paid another visit and lost his Covetor... 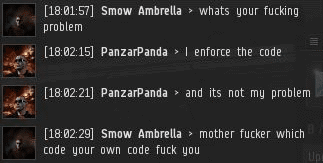 With no Gnosis or Covetor to contain him, Smow let loose the monster within. 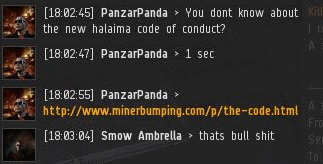 In just 9 seconds, Smow decided he would be an enemy of the Code. Talk about judging a book by its cover. Miners, for best results, read the Code. Then read it again. 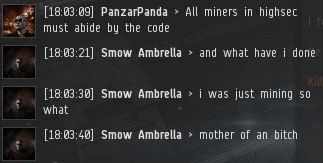 At this point, I think we would descend into a debate about whether a mother of a bitch is also a bitch. So let's get back to the kills. 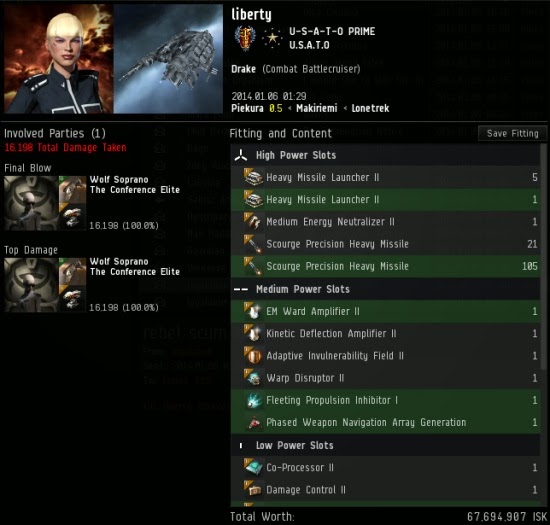 liberty, who starred in a recent MinerBumping post, lost a Drake to Agent Wolf Soprano. Wolf promptly followed it up by killing another liberty Drake an hour and a half later. I don't actually have anything to say about this, other than the fact that it's funny when liberty loses a ship, or, as in this case, two ships. 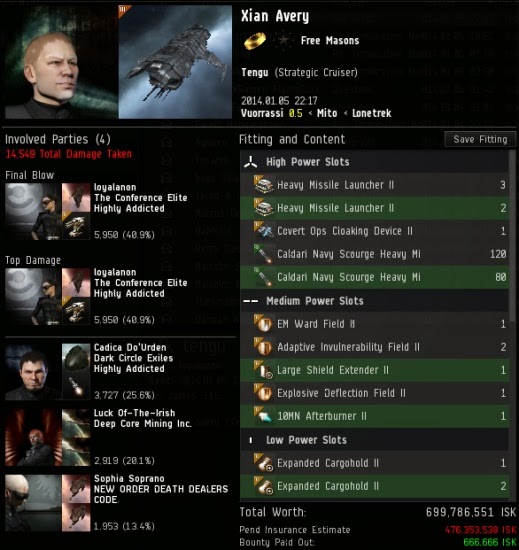 Xian Avery fit his Tengu for cargo and promptly went AFK in a 0.5 system. Agents loyalanon, Cadica Do'Urden, Luck Of-The-Irish, and Sophia Soprano were alerted to the crime and destroyed the ship. Doesn't anyone outside the New Order actually use combat ships for combat anymore? 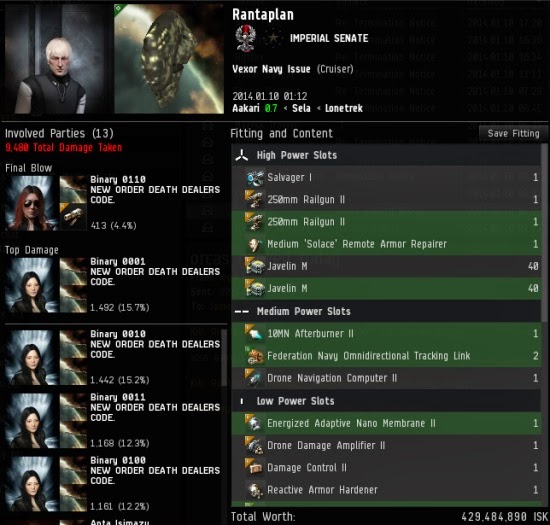 Rantaplan also lost a 715 million isk pod, for a total loss of over a billion isk. Two observations. First, the pun: The carebear no doubt reacted to this loss by ranting and raving about the New Order. Rantaplan should do a lot less rantin' and a lot more plannin'.

Second observation. The presence of 8 different Binary alts on this kill might raise a few rebels' eyebrows. However, there's no similarity to be found between multiboxing ganker alts and multiboxing miner alts. Killing bot-aspirants is never a bot-aspirant activity; an aspirancy divided against itself cannot stand. And as I've said before, multiboxing ganker alts is like reprogramming the Arnold Schwarzenegger terminator to hunt other terminators. By the end of the journey, he's more human than most humans. 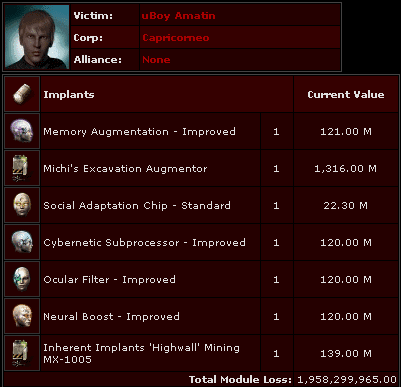 Finally, the pod of the week: uBoy Amatin's 1.9 billion isk capsule was smashed by resident pod-eater Agent D400. By now everyone in highsec should know the rule: Buy a Michi's, get a salvo of bullets in your brain.
Posted by MinerBumping at 22:22