It's a new year in the New Order of Highsec. Have the carebears learned anything over the past 365 days? Some certainly have. We've made a lot of progress in educating them and giving them culture and civilization. But we've still got a long way to go. Hence, the following kills featured from the week of December 29th @ 00:00 EVEtime through January 4th @ 23:59 EVEtime... 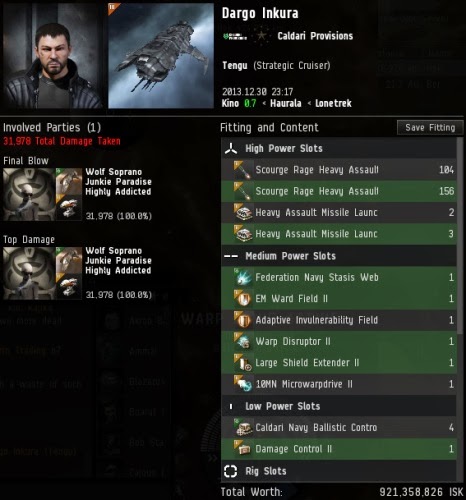 KILLMAIL
Bumping is normally a non-lethal means of encouraging Code-compliance. Until, that is, the bumping drives someone like Dargo Inkura to accept a duel in a 920 million isk Tengu. Dargo went into battle against Agent Wolf Soprano, who was flying an Omen Navy Issue. More importantly, Wolf was armed with total faith in the Code. The ships didn't matter. The New Order Agent prevailed.

KILLMAIL
What's worse than losing a PLEX in a shuttle? Losing it in a super-warping, limited-issue shuttle. maliso franz's Leopard inexplicably contained next month's rent. It was important for her to travel with the PLEX for some reason, but not important enough to do it while at the keyboard. She autopiloted, leading Agent Currin Trading to kill her. The next time you autopilot with a license, make it a New Order license. 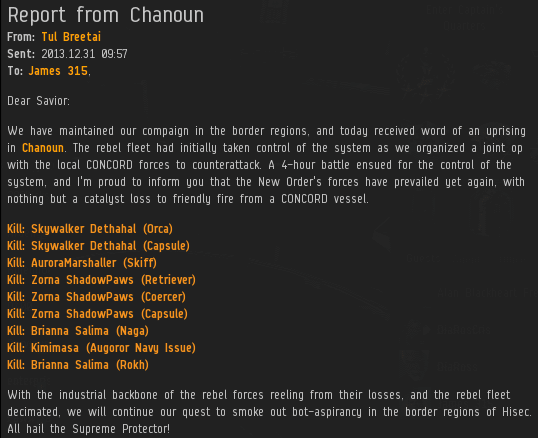 tul Breetai and the Insurance Fraud. alliance have been up to something. As with last week, they managed to get a bunch of carebears to fight them under odd circumstances. Result: Dead carebears: 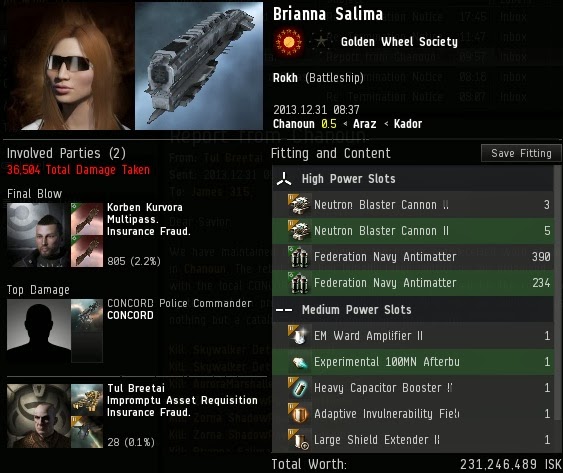 KILLMAIL
Brianna Salima lost a 230 million isk battleship to Agents Korben Kurvora and Tul Breetai, as well as the oft-aloof Agent CONCORD Police Commander, who was somehow induced to lend a hand for this kill. Works for me. 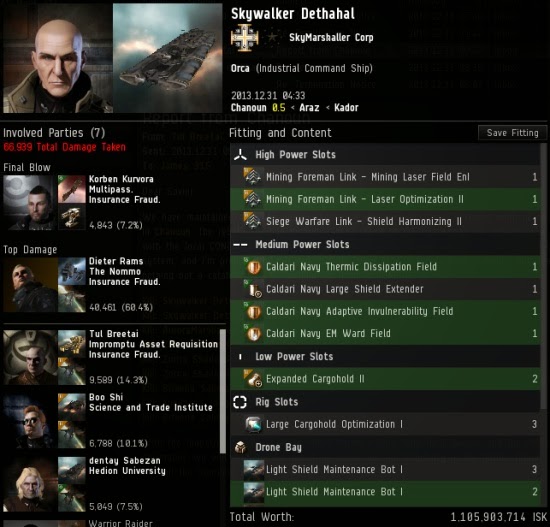 KILLMAIL
Skywalker Dethahal fared even worse than the battleship pilot, losing an Orca worth 1.1 billion isk. Its faction hardeners were no protection from the gang from Insurance Fraud. alliance, along with random people--including an Orca(!) pilot from an NPC corp. I'm guessing Skywalker was somehow persuaded to criminally flag himself. Hey, why not? To my mind, he was flagged as a criminal for mining without a permit anyway. 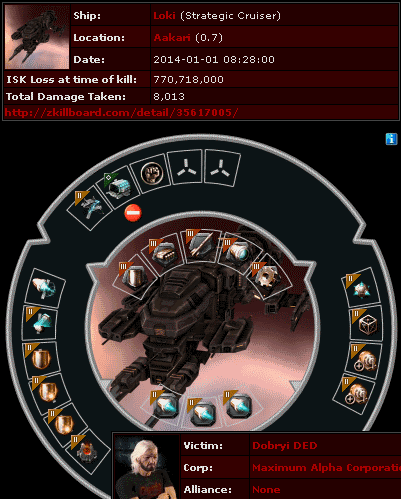 KILLMAIL
Jeepers creepers. Dobryi DED lost a truly gruesomely-fit Loki to Agents loyalanon, Anta Isimazu, and Sophia Soprano. Maybe, possibly, this was some kind of travel fit (with a cargo scanner, though?). On the other hand, if it was fit for travel, then why was it AFK? Now, before the carebear jumps in with one of those typical "I wasn't AFK, I was just..." excuses, I'd like to point out something else: 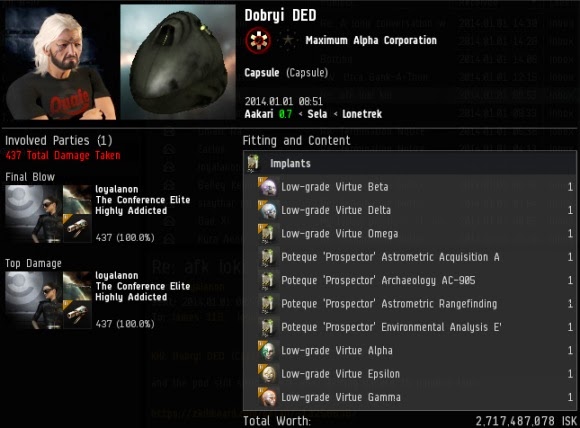 KILLMAIL
Dobryi's actions proved you can buy a lot of "Virtue" implants, but they're no substitute for the real thing. (I would also make a Poteque-related pun if I could think of one). Considering the loss of his 2.7 billion isk pod, you might think me cold-hearted for giving him such a hard time about it. That is, until you notice the time-stamps on the killmails. He lost his Loki at 08:28. He lost the pod at 08:51. Yes, his 2.7 billion isk pod was sitting AFK next to the gate for a full 23 minutes before Agent loyalanon swept it up.

Meanwhile, in unrelated news, Rod LaMarr lost a 12 billion isk freighter to some gankers this week. Twenty minutes later, Rod's pod was still waiting for Agents D400 and Nitetime Video to pop it--costing the freighter pilot an additional 1.8 billion isk. What is with the carebears these days? 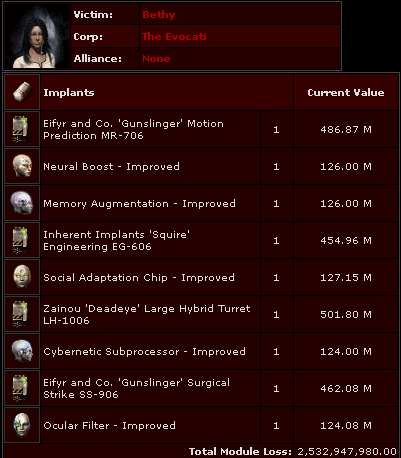 KILLMAIL
The in-game killmails and the various killboards value implants differently. Regardless, Bethy lost a bundle when Agent D400 popped her AFK autopiloting shuttle and her pod, valued by zKillboard at just over 3 billion isk.

With all the recent talk of player "engagement" and whether the carebears are actually engaged in EVE, I may as well add this thought to the mix: The carebears might find EVE more engaging if they'd bother to look at their computer screens every once in a while.
Posted by MinerBumping at 23:26