Goofus and Gallant at the Complaint Desk

As the guy who runs highsec, I have a lot of different jobs to do. One of the most important of these is the job of problem-solver. Carebears instinctively recognize this, which I suppose is why they send me so many complaints. 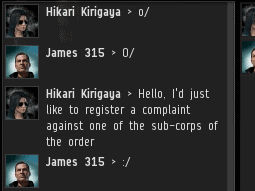 Highsec miner Hikari Kirigaya convo'ed me and wasted no time in making known the nature of her complaint. I immediately expressed my desire to hear what she had to say. 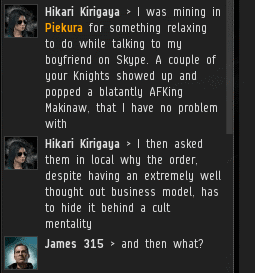 Hikari made no secret of the fact that she was more interested in entertaining her boyfriend on Skype than in creating emergent content for EVE. But I had absolute faith in my Agents, so I was confident the story would have a happy ending. 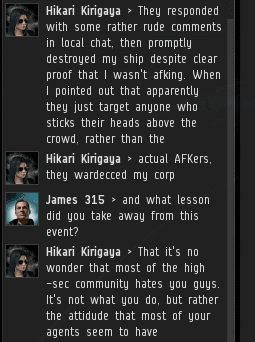 I was not disappointed. The Agents of the New Order always see to it that justice is done. 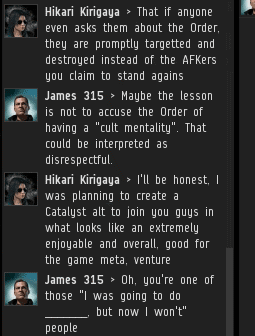 According to Hikari, the New Order narrowly missed an extraordinary opportunity. She was totally planning to join the group that she accused of having a "cult mentality". 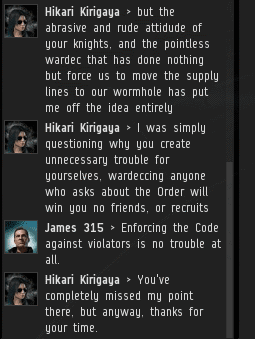 After I educated her, Hikari flounced out of the convo. This transaction would be an example of a Goofus at the complaint desk. It's hard for a carebear to improve himself or herself if they prioritize speaking over listening. Now let's look at another case.

After getting blown to smithereens, Gunner Trill Adelle opened a support ticket with me. He insisted that the only reason he'd been killed was that he got caught in a bubble.

I launched a five-second investigation into his claim and found no basis for it. Gunner's sob story having been exposed as a lie, the New Order was now rapidly closing in on the truth.

Miraculously, Gunner saw sense. His love of pancakes, not the New Order's highsec bubbles, were to blame for his death. He duly apologized for the error.

Some days it seems that carebears are physically incapable of apologizing. Then you run into a nice young fellow like Gunner, and your faith in highsec is restored. 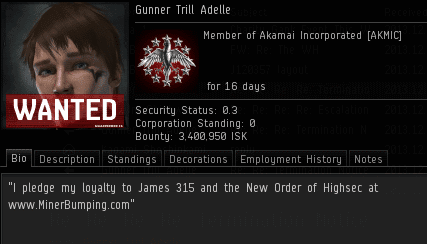 Gunner made the most of his death and reconsidered his outlook on EVE. He came to the conclusion that compliance is better than defiance. A lesson for all of highsec!
Posted by MinerBumping at 21:33