Every Last System in Highsec

Every system in highsec belongs to the New Order. Not some, not most, not nearly all, but every last one of them. All highsec systems are subject to the Code.

Now, it's obvious to even the most bot-aspirant carebear that a 0.5 security system is a dangerous place to be if you're a Code-violator. (The trillions of isk worth of damage inflicted there simply proves the bot-aspirants don't care that they're in danger.) But even some fairly well-educated carebears believe that the Code won't be enforced in 1.0 security systems. 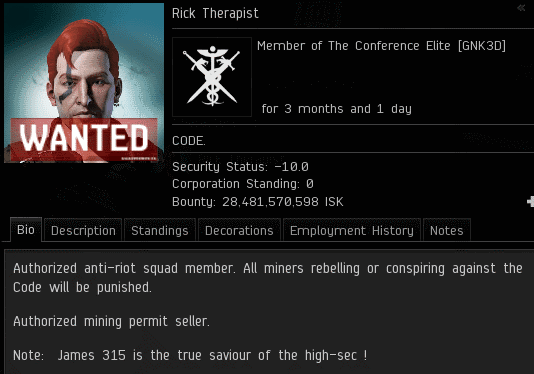 Enter Agent Rick Therapist. (Therapist. Therapist. Some people get confused by his name.) And his faithful companion, Agent Brutal Anna. They're not afraid of a challenge. They reported directly to the nearest 1.0 system to ensure that everyone was Code-compliant.

Skeptics and rebels will cry foul, of course. They believe 1.0 systems belong only to newbies. Not true! Perimeter, for example, is a major trade route system. Its 1.0 status simply allows CONCORD to behave more aggressively. 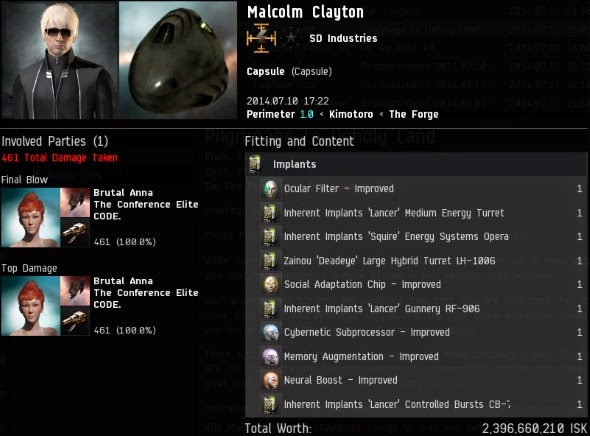 ...Luckily, our Agents are even more aggressive. 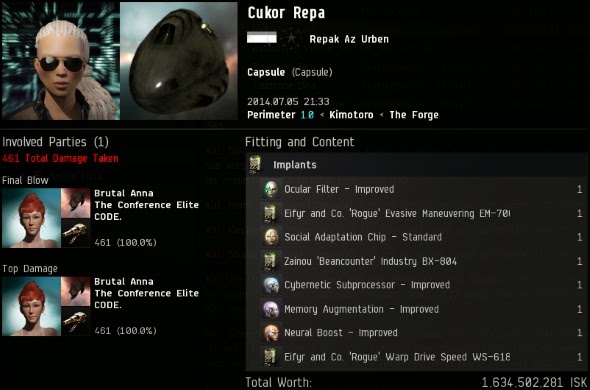 Experienced Agents like Rick Therapist and Brutal Anna can still be surprised by the recklessness and fecklessness of the unreformed carebear. The violators put their expensive implants at risk with minimal regard for the Code. Even in a 1.0 system, however, a simple Thrasher is enough to deal with them. Cukor Repa had a Leopard shuttle and an implant for extra warp drive speed. How did she get caught? Auto-piloting, of course! 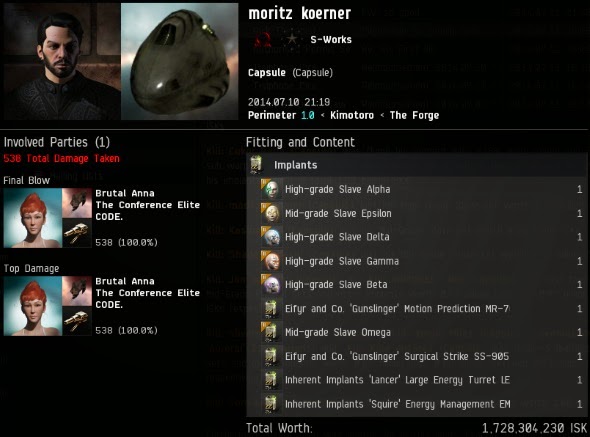 One believer in 100% safe highsec had a full set of slave implants. That might've added a few points of armor to his Capsule, but not enough. It's no use min-maxing if you forget to buy a permit. They really should add that to the next version of EFT. 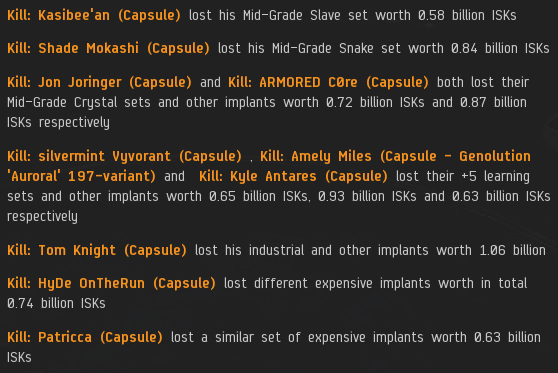 Rick and Anna didn't stop. Despite the expensive killmails popping up in Perimeter, the carebears kept on auto-piloting through. 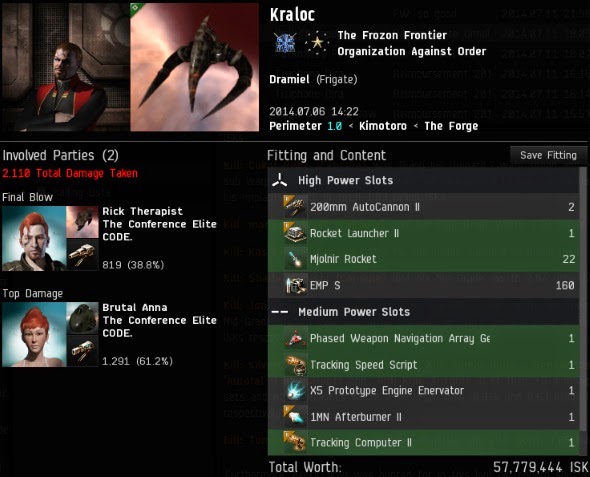 Though Rick and Anna were both at perfect -10 standings and freely attackable by all, the endless stream of travelers didn't bother fighting back. They saw the blinky reds and shrugged their shoulders with indifference. In a rare exception, a member of the Organization Against Order alliance (no relation?) came after them. He was killed.

The limited-issue Leopard becomes rarer by the day. I wonder what percentage of the Leopards killed so far in EVE were slain by the New Order.

Why do people use shuttles as hauling ships? Because they assume there's no change of being shot in highsec. How many more trillions of isk must we destroy before the carebears get the message? Don't worry--whatever the amount, we'll do it.

We're willing to educate the carebears one at a time, if that's what it takes. No miner--or AFK auto-piloter--left behind.
Posted by MinerBumping at 19:08